Can / should the Starlink satellites be blackened?

So that they are not as visible? I assume the SpaceX engineers have considered this option.

They have said that they will mitigate the reflectivity of the satellites in future batches and that the 1.0 launch, Nov 11 they did not complete that for this batch.

In the December 2019 launch they plan to test darkening one of the satellites to see if it meets their needs.

(chief operating officer Gwynne) Shotwell said the next batch has one satellite “where we put a coating on the bottom.” She noted that this is just an experiment and could not predict if it will work. “We’re do trial and error to figure out the best way to get this done,” said Shotwell.

[...] The coating that is being applied to one of the satellites in the third batch of Starlinks is just the first step toward finding a permanent solution as more satellites get deployed. Shotwell said the company plans to launch batches of 60 satellites every two to three weeks over the next year to build the constellation that by mid 2020 will be ready to provide global coverage.

[...] The experimental coating that would make the satellite less reflective could affect its performance, so that is something that will be examined, said Shotwell. “It definitely changes the performance of the satellite, thermally. It’ll be some trial and error but we’ll fix it.”

As if addressing the "I assume the SpaceX engineers have considered this option." part of the question (and not everyone will believe this):

Shotwell admitted that nobody in the company anticipated the problem when the satellites were first designed.

Additionally, Jonathon of JSR (Jonathon's Space Report) has a great site for tracking Starlink with images of the Starlinks satellites attitude while changing orbits, vs in use.

He has a Shark Fin image, during operational use. 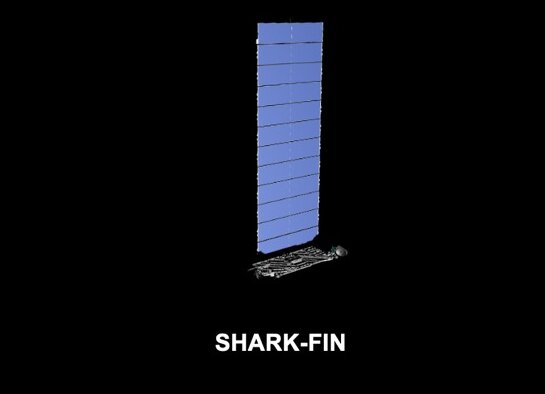 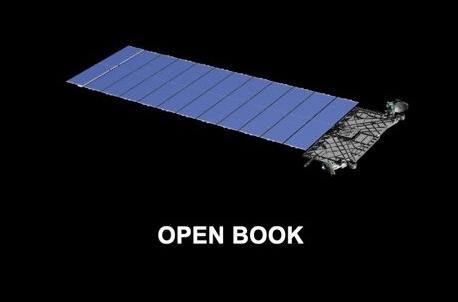 It seems that the Open Book mode is much more reflective to Earth based observers, and the satellites take about 3 months to get to their proper orbit. But once they are in their operational orbit, and rotated to Shark Fin configuration, it seems like it could be less reflective.

13
Is it feasible to paint SpaceX Starlink satellites black so as not to frequently saturate the CCDs of the Large Synoptic Survey Telescope?