What was the actual Q-alpha limit for Saturn/Apollo launches, and what was the typical max Q-alpha?

Organic Marble's answer to a previous question about Apollo abort limits clarified that the figure of concern was the product of dynamic pressure (Q) and angle of attack (alpha), with the 100% level apparently being the expected structural-breakup limit of the launcher.

What is the actual limit value for Qɑ for the Saturn V/Apollo stack?

What was the maximum Qɑ reached in nominal launches?

I'm looking for a value in psi•degrees or kPa•radians or some dimensionally equivalent pressure-times-angle units, not a normalized percentage-of-abort-limit value. Answers for other launchers are of interest as well.

I'm curious because the guidance equations in my launch simulator do produce some significant angle-of-attack, and I want to know if the trajectories I'm flying would be likely to wreck a Saturn V.

I have not yet found the abort limit figure.

According to Saturn V AS-507 "G" Mission Launch Vehicle Operational Flight Trajectory - September Launch Month (a trajectory planning document for Apollo 12), the peak Qɑ for a nominal flight would be between 18 and 22 kNº/m^2 (= kPaº): 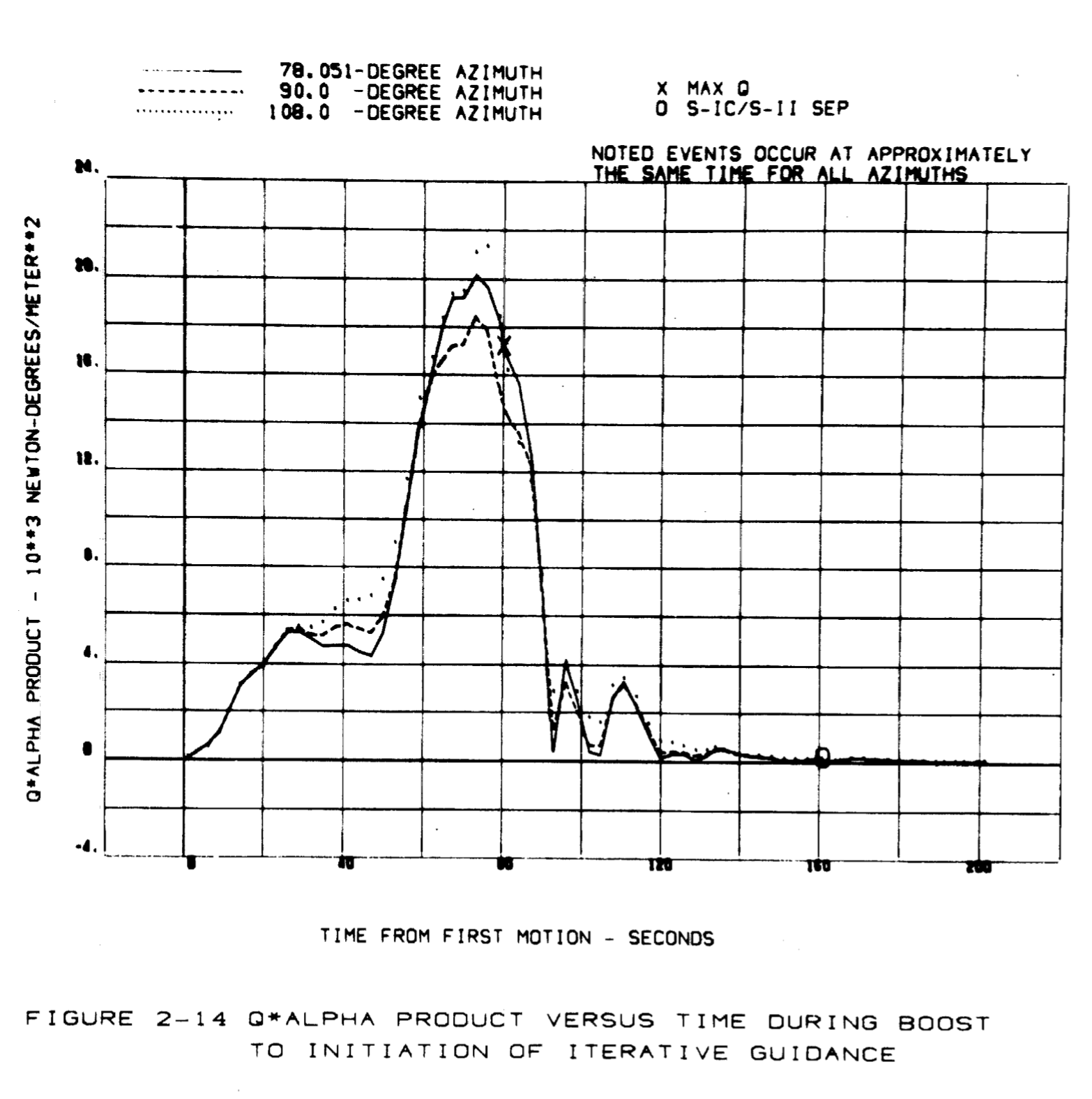 Not the answer you're looking for? Browse other questions tagged apollo-program aerodynamics abort max-q or ask your own question.

8
What does “angle of attack 100%” mean in Apollo abort rules?
0
What are the primary or typical expected failure modes if Q-alpha is exceeded?

7
On Apollo launches, what altitude would the LES reach?
0
How is max Q for the shuttle actually defined?
10
What was the purpose of an Apollo 10 test?
8
Could the Apollo LM abort mode be engaged after touchdown? What would have happened if it was?
6
Was CNC milling used in the 1960's for making the Apollo/Saturn rocket engines?
8
What does “angle of attack 100%” mean in Apollo abort rules?
6
What coordinate system was used for the Apollo missions?
10
How was Apollo supposed to rendezvous in the case of a lunar abort?