What might be the way in which the pre-cooler of the SABRE engine removes water from the inlet air?

In this paper about the SABRE engine, there is the following paragraph (emphasis mine):

The water vapour in the atmosphere up to an altitude of around 12 km is a problem for precooled engines, causing them to block with frost in a matter of seconds. A great deal of this water is precipitated in the liquid phase during the cooling of the air and has to be rejected from the engine before it can freeze. Provision then has to be made to stop the build up of ice within the matrix as it precipitates directly from the vapour. A major part of the experimental program has been to demonstrate that this can be achieved.

How might this be achieved? If there is more than one possibility, is there a most likely or an easiest way of doing this?

This should be seen as more of a brainstorming question than as an opinion-based one. After all, Reaction Engines was most secretive about the mechanism, so there will probably not be a definitive, public answer any time before 2013.

According to an article in the July 20, 2015 issue of Aviation Week, they spray methanol into the precooler to defrost it.

"We inject the methanol at one of the coldest points and we effectively get the mixture of water and methanol to flow forward in the matrix - against the direction of the airflow.... We have multiple injection and removal points in the matrix....Eventually you end up with a situation where you have extracted all the water vapor as liquid from the airflow." 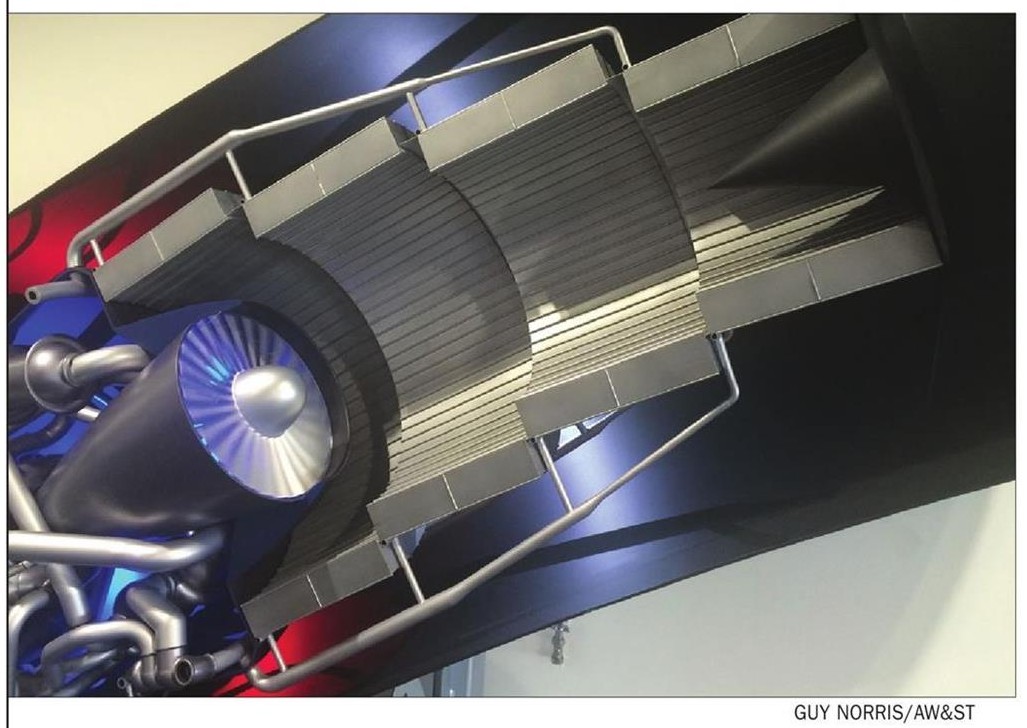 Available in the archive but may be paywalled

h/t to JCRM who provided a link to the US patent which has additional detail.

Not the answer you're looking for? Browse other questions tagged sabre-engine or ask your own question.

33
Why aren't air breathing engines used as small first stages?
5
How does the Sabre engine's pre-cooler achieve such high performance?

24
Why is the SABRE engine curved?
9
Why does the SABRE engine have ramjets?
5
How does the Sabre engine's pre-cooler achieve such high performance?
4
Roughly how long will the SABRE engine need to switch from air-breathing to closed-cycle?
3
Nature of Sabre pre-cooler demonstration test
10
Is the UK's Skylon Project still going forward?
1
Could rockets benefit from Reaction Engine's Air-Breathing Rocket Engine in terms of payload?