Reasons behind the "Transposition, docking and extraction" maneuver

The Transposition, Docking and Extraction (TD&E) maneuver was done during the Apollo Moon missions right after the translunar injection. The Command/Service Module (CSM) separated from the S-IVB, pitched 180 degrees, docked with the Lunar Module (LM) and extracted it from the upper stage. 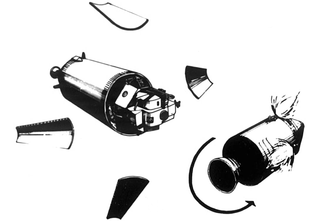 I guess the reason for this delicate and potentially risky maneuver was that the 2 modules had to be stacked like that (CSM on top of the LM) on the Saturn V rocket due to aerodynamics, but during the mission the order had to be switched, so the service module engine could perform the Lunar Orbit Insertion. Is that correct?

Were there some other options considered? Was the engineering team trying to find a way how to avoid this maneuver somehow and simplify the mission profile? What led them to pursue this setup in the end?

I'm speculating that the chosen design meant the least possible load for the Launch Escape System (LES), because anything else I can imagine means the LES would have to carry more mass: CSM installed upside down (docked to the LM) would mean the LES must carry not only CM, but also SM. More mass for LES requires more fuel in the LES which is more mass to carry for the first stage with all the rocket equation problems. Unfortunately I cannot find a relevant resource to confirm this.

There is a plenty of online resources that describe the details of the procedure as such (which I already understand), but not the reasons why it must have been done in the first place. Even though I feel I probably understand at least part of the reason, a reliable reference would be nice.

Three factors come to mind from my reading over the years: Heat Shield integrity, Escape Tower limitations, and avoiding fuel over the CM on the pad.

The ET, in order to keep its own mass minimal, only lifts the CM and itself. When it is triggered, the CM/SM joins are broken, and the ET's rockets fire.

The CM/SM connections all routed around the heat shield on the CM, none of them go through it. NASA has stated in several documents that this was to preserve the heat shield integrity.

The CM and SM do need to be connected — the capsule is only good for a few hours comfortable operation without the SM's support systems, and NASA's safety culture precluded any in-flight connections being made that were not mission essential. (A failure to dock to the LM would not be a mission failure, per se. It would abort the landing, but the LM was essentially just pushed along with the CM/SM.)

The shroud serves several purposes — one of which is transferring the load of the ET/CM/SM stack down to the S-IVB. The shroud also prevents damage to the LM before and during launch, and keeps the LM separated from the SM, as well as streamlining the stack, and preventing animals being accidentally carried. Note that the LM is not actually connected to the SM while inside the shroud — the CM/SM stack separates from the shroud, which then itself opens, revealing the LM.

NASA did consider some alternate stacking schemes, but these were not for the Apollo CM/SM/LM as launched — these final designs were concepts approved well before production designs were completed. Two of the three other stackings considered (see link 1) are worth discussion.

One alternate stack was a CM/SM/LunarLaunch/LunarLanding stack — no on-orbit docking maneuvers. It would have, however, required a larger launcher than the Saturn V, and would have had the potential for losing all three astronauts at once at the moon, and would not have had the orbiting CM for comm relay and visual confirmation. The costs of designing an even larger launcher were considered prohibitive.

The second alternate stack given serious consideration was to launch the LM separately on a second Saturn V. This would have allowed a considerably more powerful LEM and a larger CM as well. It was not, however, considered cost effective, and so was rejected.

The CM design could not have had the LM above it — it would have made the escape tower too massive, and the Apollo project was run almost to the safety limit already. Further, that would have put several tons of highly explosive fuel above the CM at load, which would have been rejected even by the (now relatively lax) safety standards of 1960's NASA.

The SM cannot be stacked above the CM for the same reasons, plus even more mass.

That the capsule need not be 2-axis balanced was apparently not considered until later in the program, in the 1970's.

The SM has to be able to use its engines; they're used for mid-course corrections, lunar orbit insertion and trans-Earth injection. Therefore, the LM cannot remain stacked underneath the SM if the SM is to have a single engine. The single engine is a matter of simplicity.

The LM cannot be used as the TLI/LOI engine, either — it would require more structural mass, and the LM engine is left on the surface of the moon.

The LM in the middle requires disconnecting and reconnecting the CM/SM, or having the CM be self-sufficient aside from the rocket motor, or having the connections run around the LM; for a variety of reasons, this was not practical.

So, for reasons of simplicity, the historic stacking mode was the best combination of habitability, safety, and price for the available technology set.

Probably the biggest reason is they did not want to cut a hole through the heat shield, same reason the Soyuz has the ascent/descent element in the middle of the stack, instead of at the top.

But the Lunar module is not very robust, and probably needed the structural bracing for launch. So probably would not have worked well on top of the Command Module. It would have made the Launch Escape System much harder or more expensive.

Thus Soyuz is your counter example on a much smaller scale.

I guess ... during the mission the order had to be switched, so the service module engine could perform the Lunar Orbit Insertion. Is that correct?

That's one of the reasons, but not the only one.

Before the TDE manuever, the modules are not connected at all. After the TDE maneuver, the CM and LM are connected to each other via an airlock, so the astronauts can move between the two without having to do an EVA. This removes a risky, time-consuming procedure from the mission and makes the journey much more comfortable.

The Saturn V was equipped with a launch escape system. In case of a dangerous malfunction during launch, there was a smaller rocket on top of the Saturn V which had the job to drag the crew capsule away from the rest of the rocket.

Not the answer you're looking for? Browse other questions tagged apollo-program docking saturn-v or ask your own question.

2
Why did the CM & LM have to be separated at Apollo launch?
1
Why did the CSM have to perform a 180 degree turn in the Apollo missions after stage separation?
34
How did the Lunar Module dock with the rest of Apollo 11 and what is the "CSM"?
26
How much piloting did the Apollo astronauts actually do?
16
Why is the descent module of the Soyuz in the middle of its stack?
1
Lunar landing module and orbiting space craft personnel transfer
1
At what time in the Apollo 14 mission did the maneuver shown in this image happen, and what exactly was happening?

9
Coordination of RCS on Apollo CSM/LM
18
Why wasn't the Apollo 13 Service Module jettisoned until hours before reentry?
5
Did the combined Command and Service Module and Lunar Module perform another 180° turn after transposition, docking and extraction?
34
How did the Lunar Module dock with the rest of Apollo 11 and what is the "CSM"?
13
Why did Apollo have a crew of 3?
26
How did sloshing prevent the Apollo Service Module from moving safely away from the Command Module and how was this fixed?
3
Confusion with Apollo CSM attitude maneuvers (roll, pitch and yaw) during coasting to/from the Moon
20
Were any Apollo-13-specific procedures added to standard training?
17
Apollo 14-17 - Why didn't they keep the Lunar Module docked as a lifeboat for the way back to Earth?
4
Did any Apollo missions have enough fuel left to bring back the LM ascent stage?