From Apollo Lunar Surface Journal: "112:56:28 Aldrin: Houston, Tranquility. Do you have a way of showing the configuration of the engine arm circuit breaker? Over. (Pause) The reason I'm asking is because the end of it appears to be broken off. I think we can push it back in again. I'm not sure we could pull it out if we pushed it in, though. Over. [Aldrin - "There weren't guards over any of the circuit breakers. One got pushed in and one got broken off. So I must have pushed one in and broke one off (with his PLSS prior to doffing)."]"

The broken tip of the CB and the pen: 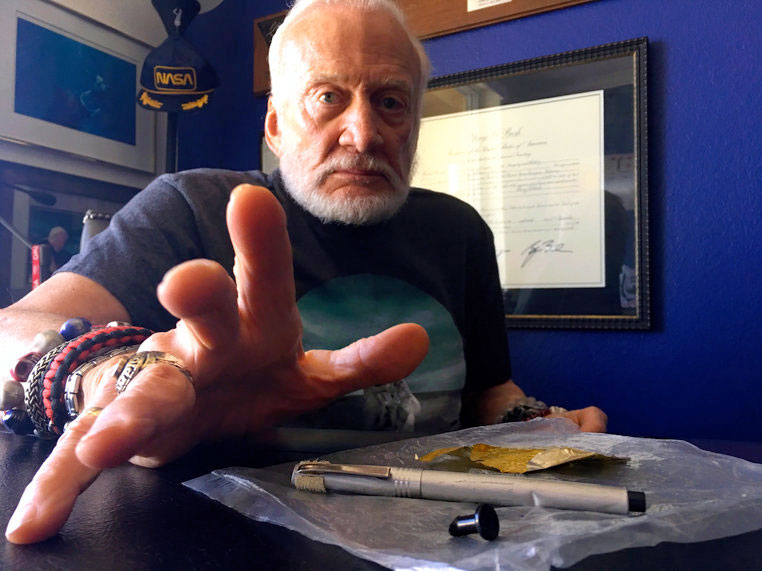 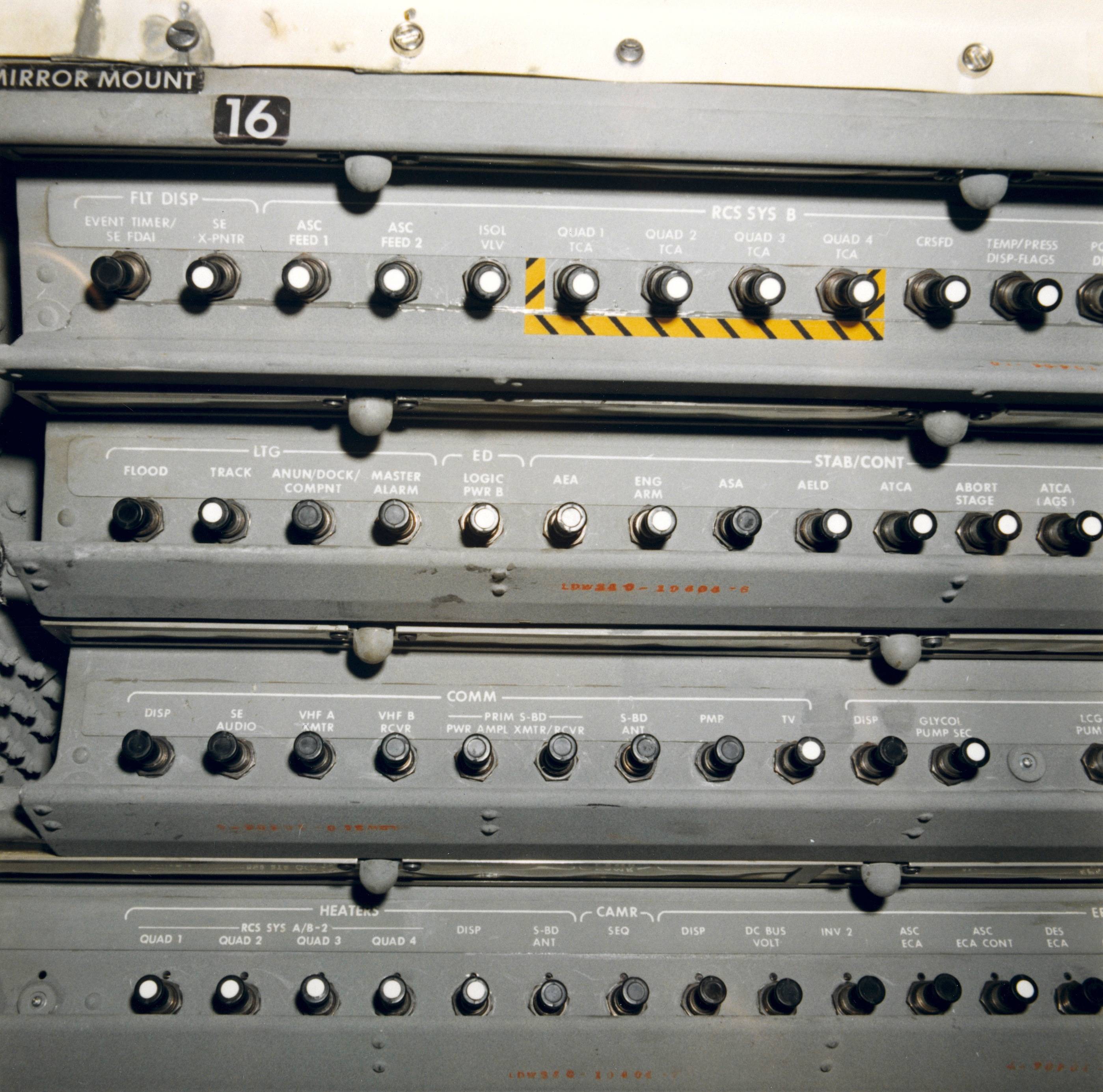 How were circuit breakers in LM operated? Push for "ON", pull for "OFF"? Or push for "ON" and push again for "OFF"? If it's the former (which would explain why Aldrin said he couldn't "pull it out" once pushed in), wouldn't it be awkward to grab it with two fingers whilst wearing gloves? What material was the tip of the CB made of so it snapped so easily?

Cannot identify the specific model, but they would be ancestors of these that work by popping out under load or manual trip and push back in to reset/turn on.

They are widely used in aviation because they are compact and relatively easy to operate by feel. They generally take very little force to pop out, since that is spring assisted.

Because they produce heat in operation and need to provide electrical insulation they are made from thermoset plastics like Bakelite and derivatives so often brittle compared to things like ABS. Design loads would be those for single finger operation while being light enough for aviation use.

As per the quote they were left with a broken off plastic surface of unclear state that they could push in with the pen but would have no real means of getting back out again, and if it was already in and set then they potentially needed to adjust sequence of operation for launch.

Circuit breakers, are thermal-mechanical in nature. Bimetallic elements, with one metal expanding more under heat than the other, pop the breaker open. This also enables them to be reset, albeit only after they have cooled down.

Picture and quote from the good writeup here: http://www.cadmus.ca/Circuit%20Breakers.htm

Not the answer you're looking for? Browse other questions tagged apollo-program apollo-11 lunar-module or ask your own question.

43
How did the Apollo Lunar Module ascent engine prevent gas bubbling through fuel?