Did the Apollo missions fly "over the top" of the Van Allen radiation belts?

In the video The Moon Trees That Flew To The Moon On Apollo 14 after about 08:47 Scott Manley says that Apollo 14 "flew up over the top" of the Van Allen radiation belts and simultaneously shows this retro-looking graphic of them.

Is this claim itself "over the top" or did the mission (or all Apollo missions) indeed fly up over the tops belts and avoid exposing the astronauts to the radiation trapped within them? Did the spacecraft do the same on the return trip as well?

So the trajectories that they took to the Moon flew up over the top of the belts, so that they minimized the dose. 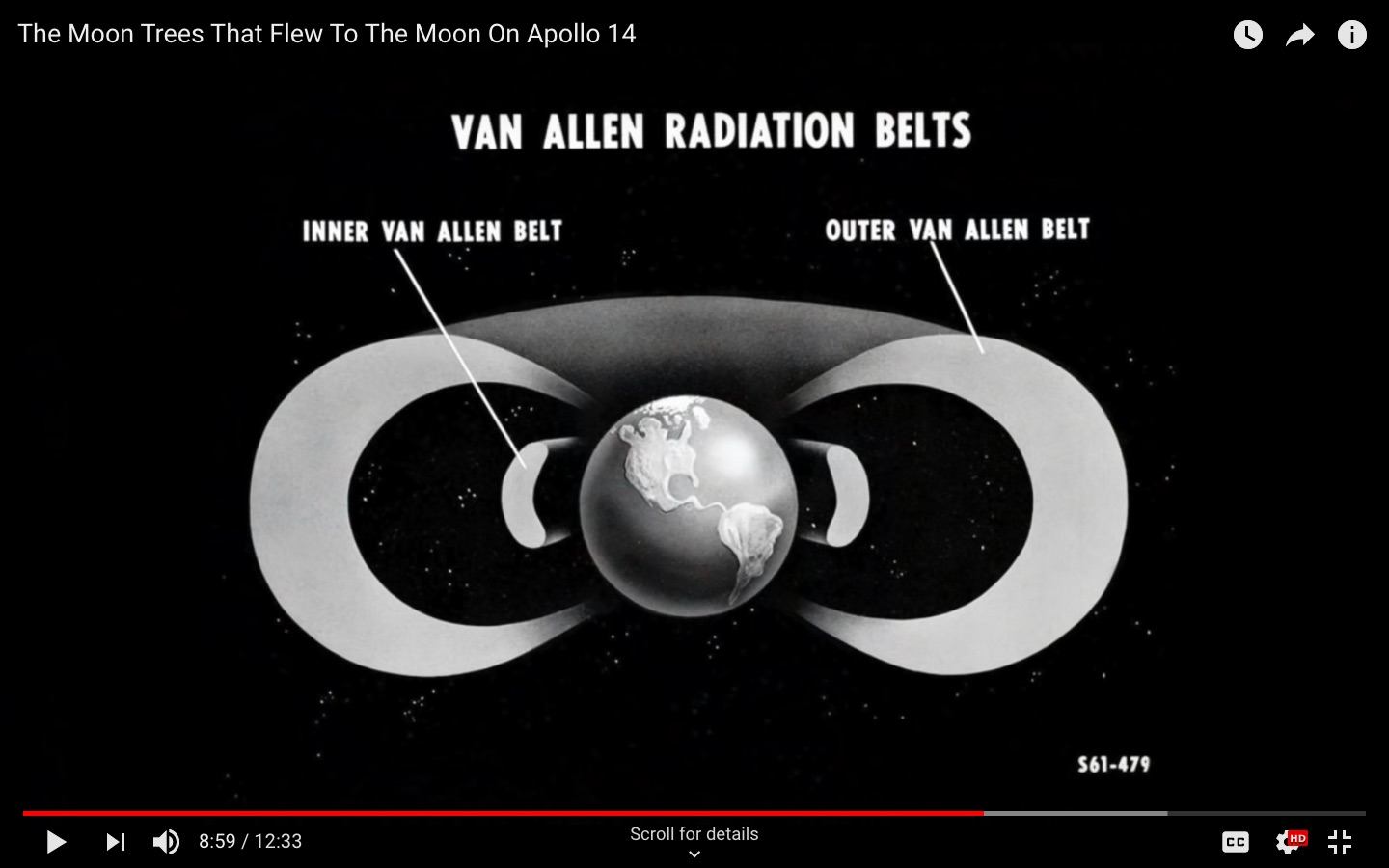 Not exactly "over the top" (still through the outer portion of the belts), but yes, it appears so, according to this source.

There are simplified trajectory plots shown in the link.

quotes a letter from Van Allen himself:

...the outbound and inbound trajectories of the Apollo spacecraft cut through the outer portions of the inner belt and because of their high speed spent only about 15 minutes in traversing the region and less than 2 hours in traversing the much less penetrating radiation in the outer radiation belt. The resulting radiation exposure for the round trip was less than 1% of a fatal dosage - a very minor risk among the far greater other risks of such flights.

Total, uncorrected dosages received by the [Apollo 11] crew during the mission was about 0.25 rad. Post-mission corrections gave true readings of 0.18 rad, most of which was received during passage through the Van Allen Belts on the way out and on the way back. In comparison, the Apollo 14 crew received an average dose of 1.14 rad, in part because their trajectory took them closer to the center of the Belts than any of the other crews. Doses at these levels do not present significant medical risks - certainly not in comparison with other risks that are inherent to a lunar mission.

Wikipedia quotes 1000rad being a fatal dose, 100 to 200 rad causes acute radiation syndrome which is not fatal.

Not the answer you're looking for? Browse other questions tagged apollo-program radiation safety van-allen-belt apollo-14 or ask your own question.

18
Could an Apollo crew have been killed by Solar radiation?
24
If I wanted to reconstruct an entire Apollo mission's crewed spacecraft trajectories, what are the key sources of historical data I'd look for?