GPS Block III satellites are being launched to replace failed or aging Block II satellites, which doesn't require launching more than one at a time. A Falcon Heavy could fill up an orbital plane with six satellites in a single launch, but there's no need for it.

Could a FH really do done in a semi-standard way?

Could you fit all six into a FH fairing? If not, would a slightly larger one be enough?

I can't find dimensions for GPS III sats, but this Lockheed Martin image shows how much of a Delta Medium 4-meter fairing is taken up by a single one: 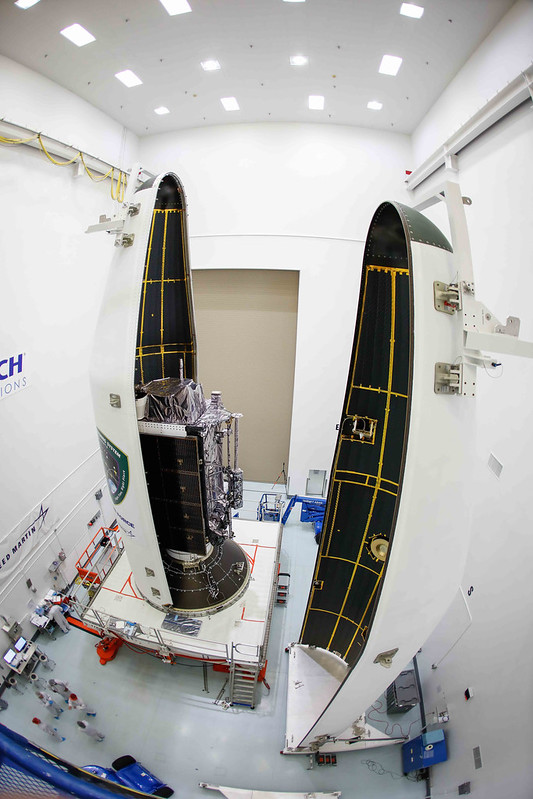 Looking at the dimensions of the fairing in the Payload Guide, I think the satellite is about 5m long by 2.5m wide.

The Falcon "long fairing" has a payload envelope of 4.6m internal diameter up to 12.2 m of length, then tapering to 1.45m diameter at 16.5 m. Unfortunately, I can only find these dimensions in a drawing in a Quora posting with no source citation: 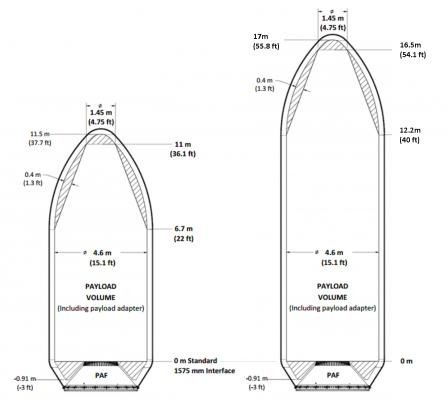 Thus you can fit two GPS sats stacked lengthwise with a little margin for a deployment rack of some kind, but a third wouldn't fit without a stretched fairing.

Six is Right Out.

Is there enough lifting power to get all six to some place where they could reach MEO? Could the FH 2nd stage get them all the way to that altitude and inclination?

GPS III sats mass around 4.4 tons. The transfer orbit for a GPS III on Delta IV is 1200 km x 20185 km. Silverbird tells me Falcon Heavy can do 26.7 tons to 1200 km x 20185 km 55º in fully expendable mode -- because of the high inclination, the payload capacity is just about the same as it is for an equatorial GTO insertion, so it appears FH can just barely put the mass of 6 satellites into that orbit.

As far as I can tell, the satellites do their own circularization, so presumably the six could get into independent phasing orbits and drift into their assigned slots at leisure once delivered into the target plane.

Not the answer you're looking for? Browse other questions tagged artificial-satellite falcon-heavy gps hllv or ask your own question.

13
Why multiple GPS satellites are never launched on the same rocket?

15
Can the satellites in Martian orbit be put to use providing a rudimentary GPS system on Mars?
39
Why are the GPS constellation satellites in such a high orbit?
4
How exactly are satellites drifted to slots in different orbital planes?
19
Was the side booster footage from the same camera during the Falcon Heavy test flight stream?
16
Why didn't they launch the Falcon Heavy to be injected into Mars orbit?
21
How many SpaceX Starlink Internet-service satellites could be deployed in a single Falcon 9 launch? Falcon Heavy? BFR?
2
Do GPS satellites use the earth's magnetic field in any way?
4
Could two satellites in the same orbit, but phased differently, be tethered in a sustainable manner?
13
Why multiple GPS satellites are never launched on the same rocket?