Looking through photos of Apollo CM capsules after reentry, I was trying to have a feel for how the heat was distributed on the sides of the capsule. By the look of surviving patches of Mylar tape and not melted aluminum EVA handles the reentry temperature on the side of the capsule doesn't seem to be too high. Certainly not high enough to charr the ablative material on the side surface and melt the handles. But then I paid attention to interesting pattern of charred ablative material around the RCS thrusters (appeared to be the roll thrusters that would be used to "steer" and manipulate lift during reentry).

This one from Apollo 11: image from http://www.collectspace.com/review/apollo11_cm_radiationlabels01-lg.jpg 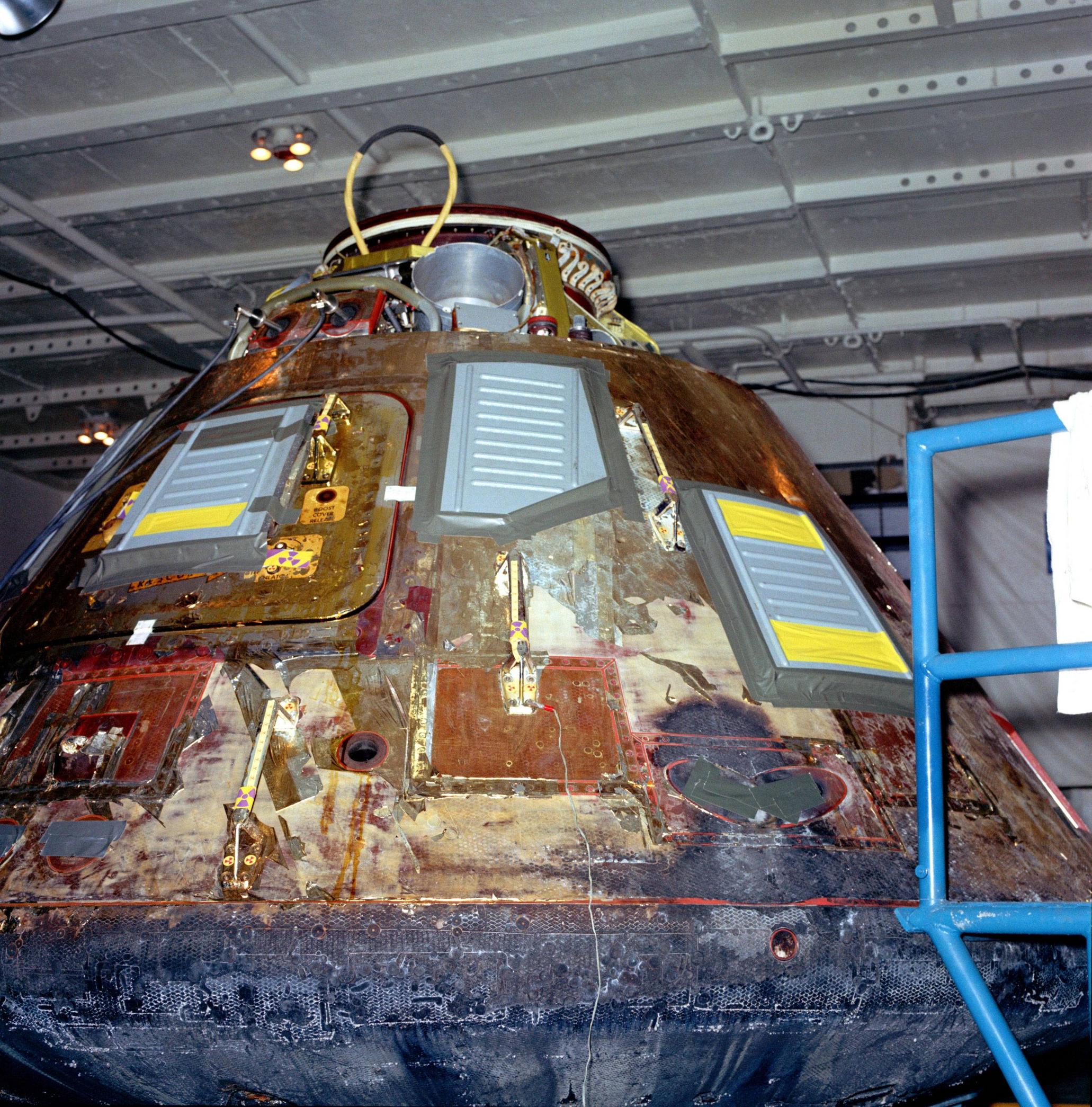 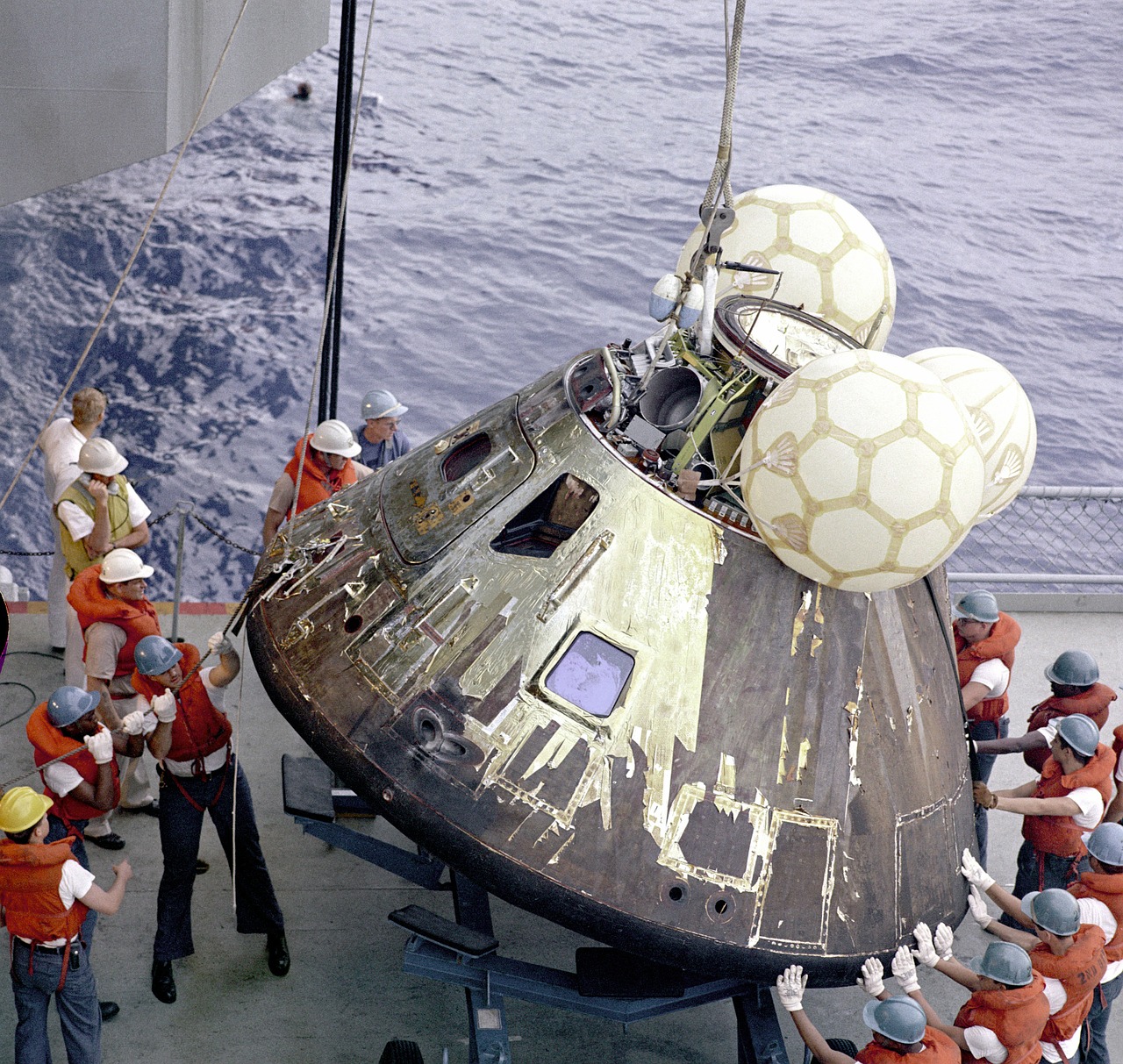 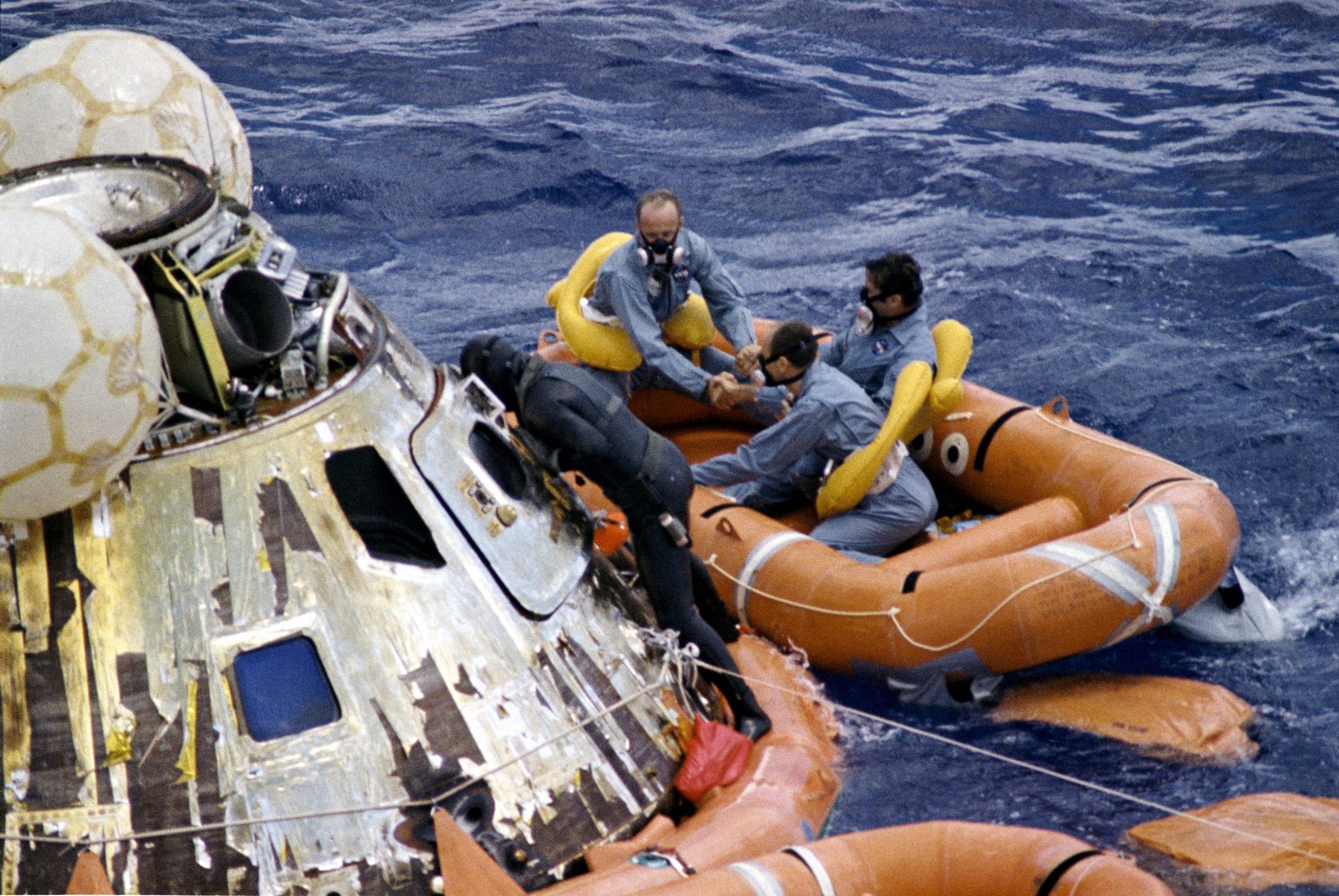 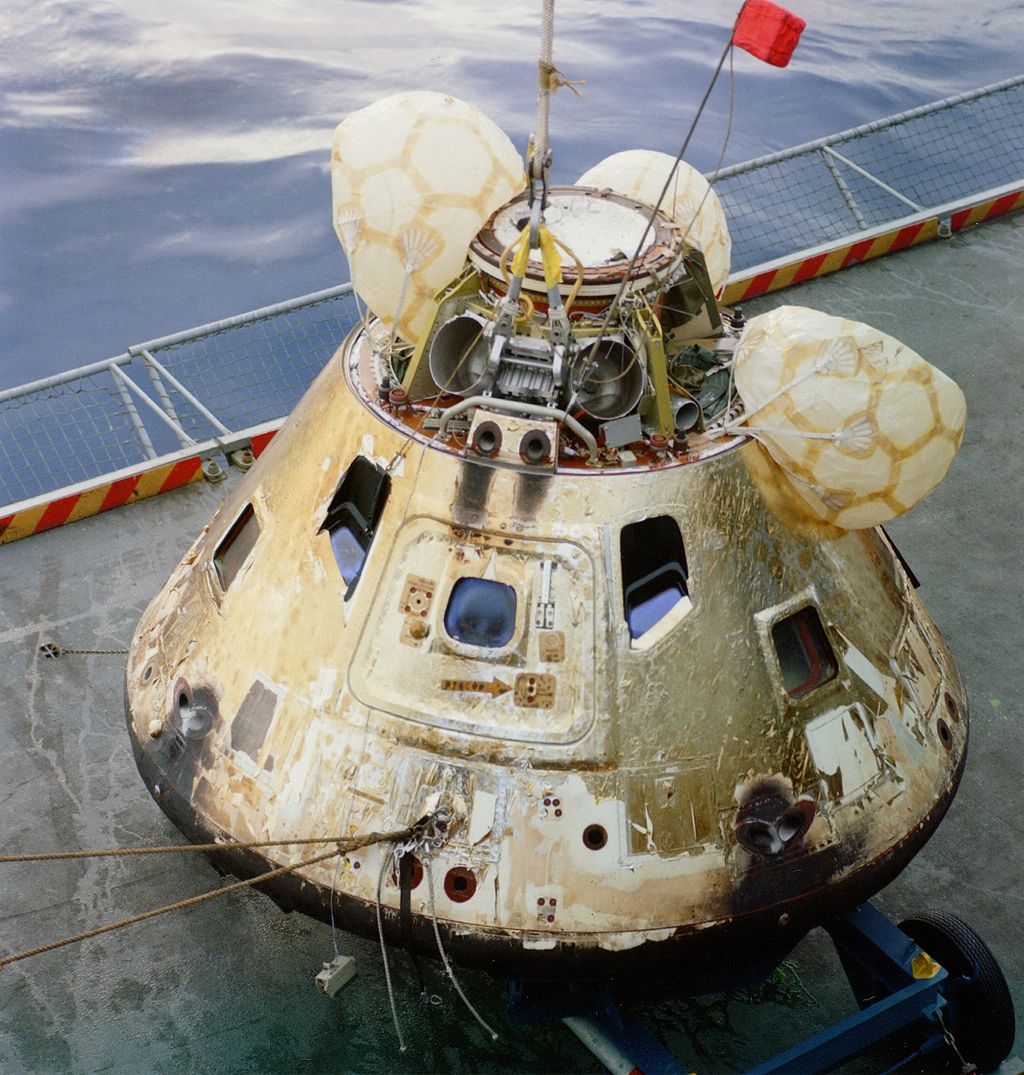 Question: Why this shape of the pattern?

Reaction control system jet interactions with a vehicle's aerodynamic flowfield can be counterintuitive. Here's a capsule simulation results graphic showing similar spreading effects below the jet as well as laterally (from the first link below). 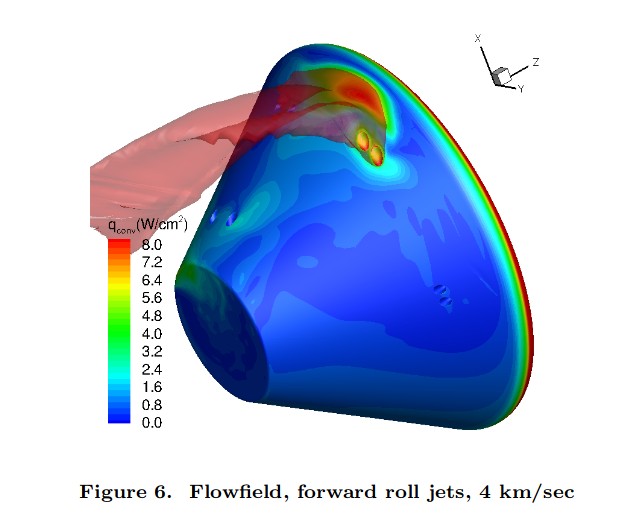 This paper states in reference to Apollo:

Interference heating in the case of the yaw and roll jets covered significant acreage of the backshell. In particular, forward-firing roll jets produced the most energetic interaction with the shear layer, coming off of the capsule’s shoulder, and this yielded the greatest heating augmentation over the largest area.

This Apollo-era diagram is quoted in the second link below.

This is from Analysis of Aeroheating Augmentation due to Reaction Control System Jets on Orion Crew Exploration Vehicle. Other papers of interest are Experimental Measurement of RCS Jet Interaction Effects on a Capsule Entry Vehicle and the canonical Effects of Cavities, Protuberances, and Reaction-Control Jets on Heat Transfer to the Apollo Command Module which sadly doesn't seem to be on NTRS.

Not the answer you're looking for? Browse other questions tagged apollo-program reentry insulation ablator heat-flow or ask your own question.