A page in Space Flown Artifacts describes miniature lunar rover license plates that Dave Scott carried to the moon and back:

These miniature license plates were manufactured by Boeing (makers of the Lunar Roving Vehicle itself) especially for Apollo 15 commander Dave Scott as a memento of the first lunar rover. The miniature plates were made of lightweight aluminum and measure just 1¼" x ½" (32mmx20mm) in size. They are marked with the registration number "LRV 001", with "MOON" as the home state, the year 1971, and the NASA and Boeing logos. The plates were prepackaged in a pack smaller than a pack of gum, which was stowed in the left knee pocket of Scott's space suit before the launch and remained there until after his return to Earth. 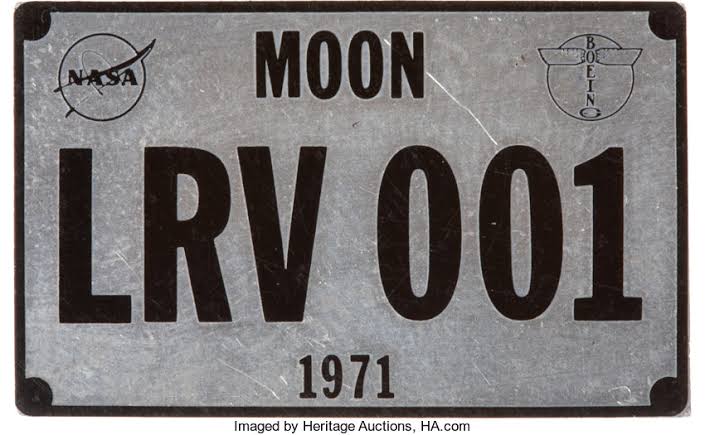 Did Dave Scott receive Deke Slayton's approval to carry these miniature license plates, or were they smuggled along with the famous Sieger covers?

The handling of personal items through Apollo 15 was chaotic, but there is considerable evidence that officials turned a blind eye during this period.

My impression is that the license plates were on the PPK lists submitted to Deke Slayton, and that he raised no objections to those lists.

Not the answer you're looking for? Browse other questions tagged the-moon apollo-program history astronauts apollo-15 or ask your own question.