Will it be possible for the crewed Orion spacecraft to fly over the lunar south pole to land the VIPER rover there? 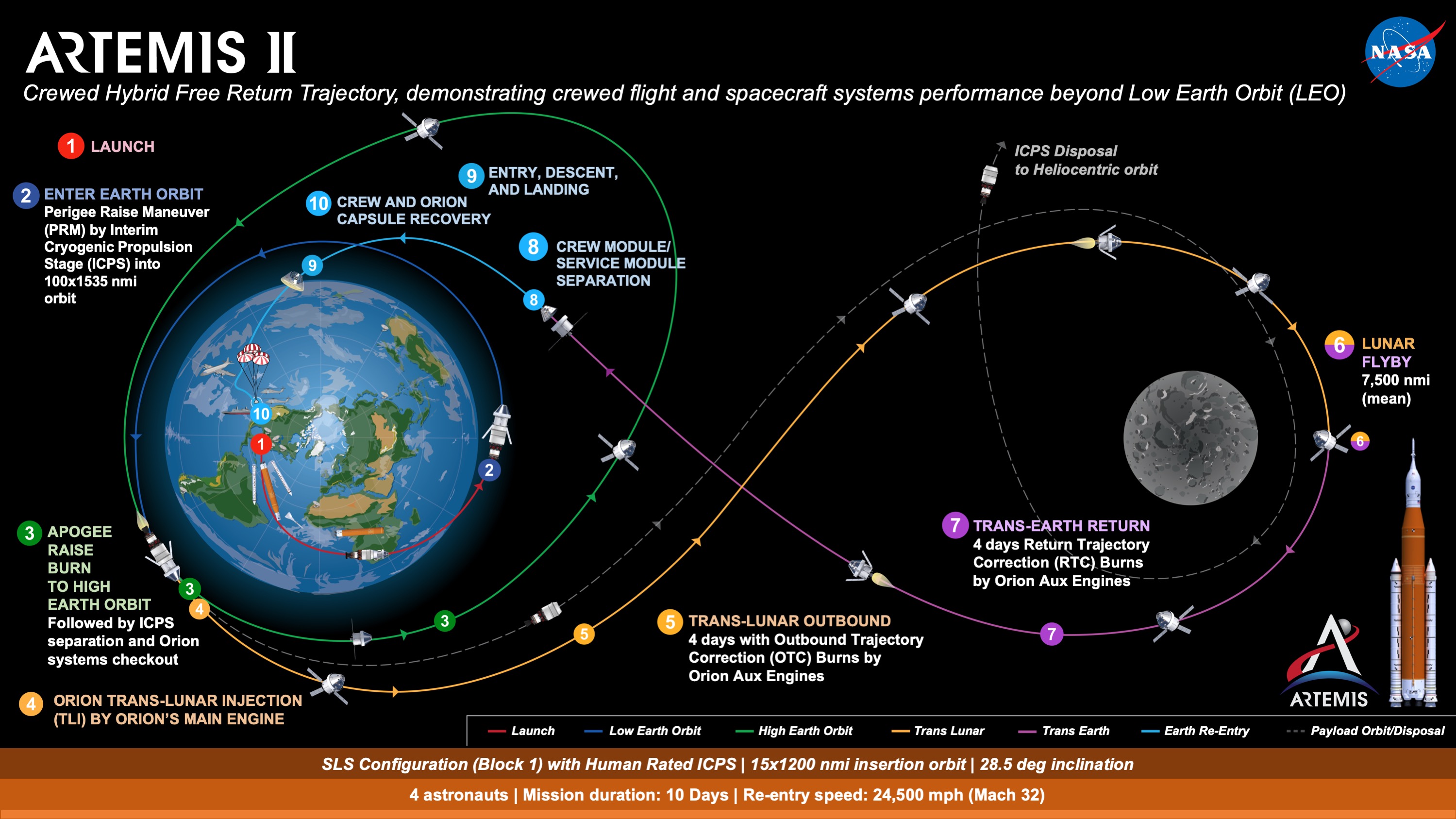 Artemis 2, the planned crewed mission of the Orion spacecraft, will be launched in the fourth quarter of 2022 and will then be the first crewed spacecraft to the Moon in 50 years !
VIPER is a lunar rover by NASA planned to be delivered to the south pole of the Moon as early as December 2022.
From wikipedia:

The VIPER rover is part of the Lunar Discovery and Exploration Program managed by the Science Mission Directorate at NASA Headquarters, and it is meant to support the crewed Artemis program.

This mission builds on the cancelled NASA rover concept called Resource Prospector which had various launch options, including to fly as a secondary payload on board the Artemis 2 in 2022.

So there's a good chance that VIPER will be launched together with the Orion spacecraft.

But will it be possible for the spacecraft to fly over the south pole of the Moon with a flyby ?

8
How many stages (approximately) will likely be used to get NASA astronauts to the Moon's south pole and safely back to Earth?
0
What is the connection (if any) between the new Artemis mission and the two Artemis spacecraft (Themis-B, -C)?
3
Will NASA put astronauts into a polar lunar orbit? If so, how?
4
Why can't the VIPER lunar rover recharge its 100-day power source using its solar panels?
2
Why only 100 days for VIPER to look for water in the lunar south pole region?
8
Is there a certain plan on how Houston will talk with the Artemis 3 crew?
4
Will mining water on Bennu not be more economical than collecting it at the lunar south pole?