Explain this light and wavelength graph

Would someone please explain this graph. I am not an expert and with my limited understanding of physics, I am unable to correlate this graph between the light received with its wavelength.

I don't remember where exactly I found this; I was surfing online and came across it, and found it puzzling. Now I'm at a loss to find the original source. Can someone else recognize what's being illustrated here?

While this animation is somewhat misleading as the wavelength line seems to be following the position of the exoplanet as it passes the star, I think this is an example of Exoplanet Spectroscopy.

Simply put, scientists measure the light output from a star. When an exoplanet passes between the star and our observation point, the total light level drops. This dropping of the light level is the primary way that we detect exoplanets currently. This method is called "Transit photometry".

However, if the planet blocking the star has an atmosphere, some of the light that we observe can pass through the atmosphere. Depending on what wavelengths of light are absorbed, we can compare the star's spectral output without and with a planet occluding it to preform spectral analysis of the planet's atmosphere. This type of process generates Light(Flux)/Wavelength graphs that look similar to what is shown in the GIF. 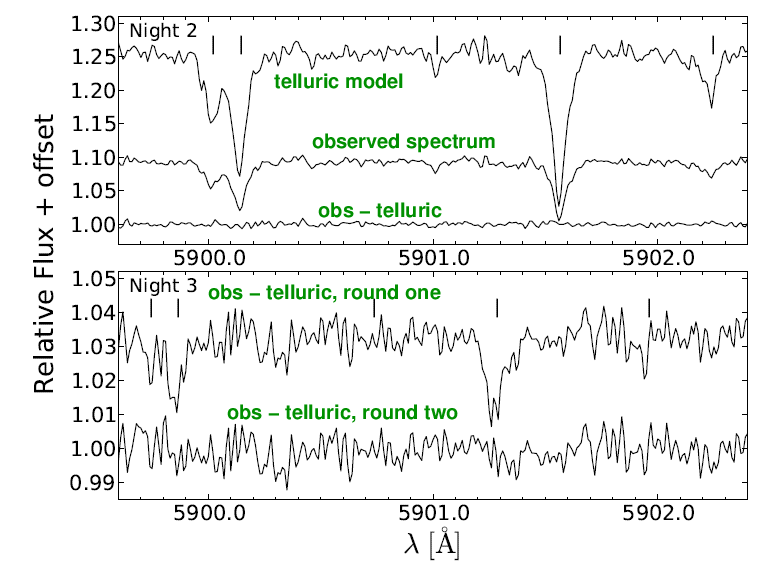 Not the answer you're looking for? Browse other questions tagged physics planet stars or ask your own question.

16
Could twin planets exist and share the same orbit?
1
Calculate the state vector of planets and moons
7
From the General Thrust Equation towards Tsiolkovsky, how to explain dropping these terms along the way?
1
Help with my tensor tension; how to derive and calculate this rigid body gravity gradient torque?
4
Are there parts of space in which no light would make it to an observer?