How hot was the surface of RTG radiator which powered ALSEP on Apollo-12?

RTG assembly (on the ground) and the fuel element part inside the fuel cask (which Alan Bean is trying to retrieve with a special tool, prior to inserting it into the assembly) are shown in the cropped AS12-46-6790 image below: 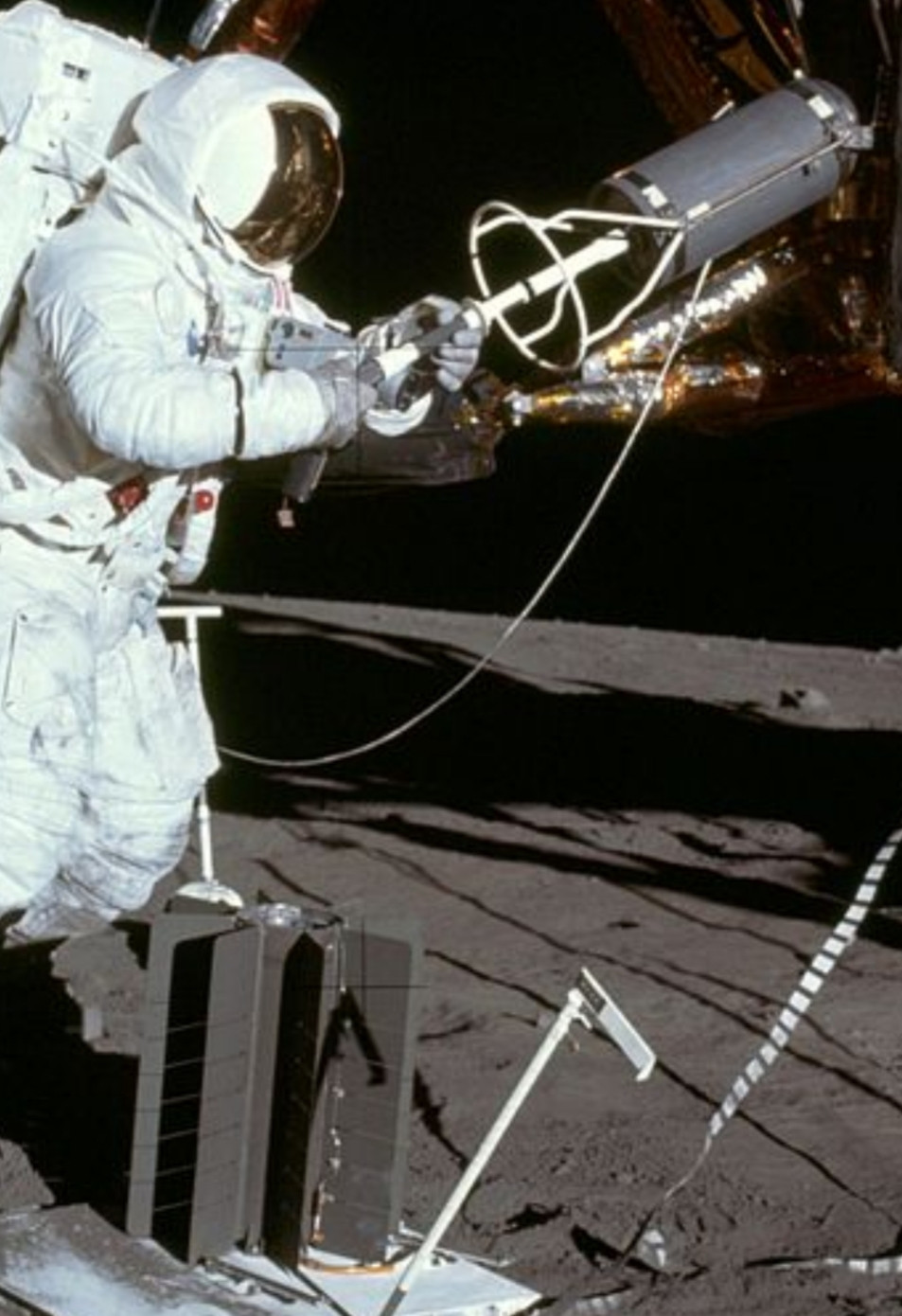 Alan Bean (Apollo 12) claims he could feel the heat from the RTG through his gloves:

Some more quotes and comments:

[Bean - (From the 1969 Technical Debrief) "We had no trouble putting down the RTG. I did notice, however, that you could feel the heat radiating from the RTG. When I removed the bracket that carried the power cable that ran from the RTG to the Central Station, it felt warm to the touch. I didn't want to keep my fingers there too long, so I handled it with the ALSEP tool (UHT) as opposed to just my gloved hands, as I had been doing in practice. Apparently that bracket can get pretty hot, although we only had the element in it a short time."]

[Readers will note that anything that can be felt as 'warm' through the gloves, must be quite hot and a potential threat to the gloves. It has been about 17 minutes since they fueled the RTG.]

From the context of Conrad's phrase, it seems (to me, at least) he was either exaggerating the temperature figure in an attempt to joke, or quoted the temperature of plutonium sitting in the very inside of the fuel element. 760 degC seems a bit too hot for the actual radiator surface.

As the above crop from AS12-46-6790 photo shows, the front surface of the fuel element part (that is visible in front of the fuel cask) doesn't glow red, which it should have if it was above 525 °C, according to this source:

In practice, virtually all solid or liquid substances start to glow around 798 K (525 °C) (977 ˚F), with a mildly dull red color, whether or not a chemical reaction takes place that produces light as a result of an exothermic process. This limit is called the Draper point.

This source lists the figure for the RTG thermal power:

The energy source for each device was a rod of plutonium-238 providing a thermal power of approximately 1250 W.

Question: How hot would surface of the RTG radiator (deployed by Apollo-12 crew) have gotten (I assume the radiator surface as Bean did not touch the actual power element with bare gloves), so that it was possible to feel it through thermally insulated gloves? Was Conrad's estimate a joke, or was it close to reality?

Bonus question: what temperature Apollo gloves could withstand before they get damaged?

I've found a couple of test reports on other RTGs designed for space. First, from A report on RTGs for Pluto and other missions post 2006:

An ALSEP document quoted in this answer https://space.stackexchange.com/a/39611/6944 gives the fuel capsule temperature as 1200 deg F. Doesn't give the radiator fin temp though.

Not the answer you're looking for? Browse other questions tagged apollo-program spacesuits power temperature apollo-12 or ask your own question.

11
How (and when) was the RTG in the lunar modules installed?

2
Why does the side of the LEM look almost black in this photo? Did that cause problems?
20
How did Apollo-12 manage to land next to Surveyor-3? First “Space-Tourists”?
9
Did Apollo 13 CM reach thermal equilibrium when it was powered down?
11
How (and when) was the RTG in the lunar modules installed?
17
Apollo CM heat shield burnt pattern around RCS thrusters
16
Apollo altitude vs rate-of-descent schedule
2
Using recent technology, how much electrical power could a nuclear reactor launchable by a low-level heavy-lift vehicle be developed to produce?
6
What was Apollo “Moon rope” made out of? Was it ever used?