Have spacecraft photographed each other beyond Earth orbit?

There are several answers to Could a spy satellite image another satellite? and one answer with several examples to How many spacecraft have taken a “Pale Blue Dot” type photo of the Earth from beyond cis-lunar space?

And there are many photos of one spacecraft in cis-lunar space from another taken by astronauts.

Question: Are there any photos of one spacecraft taken by another spacecraft beyond Earth orbit?

Yes, here is a picture of the Curiosity lander spacecraft taken by the Mars Reconnaissance Orbiter. The picture was taken about one minute prior to the landing of Curiosity. 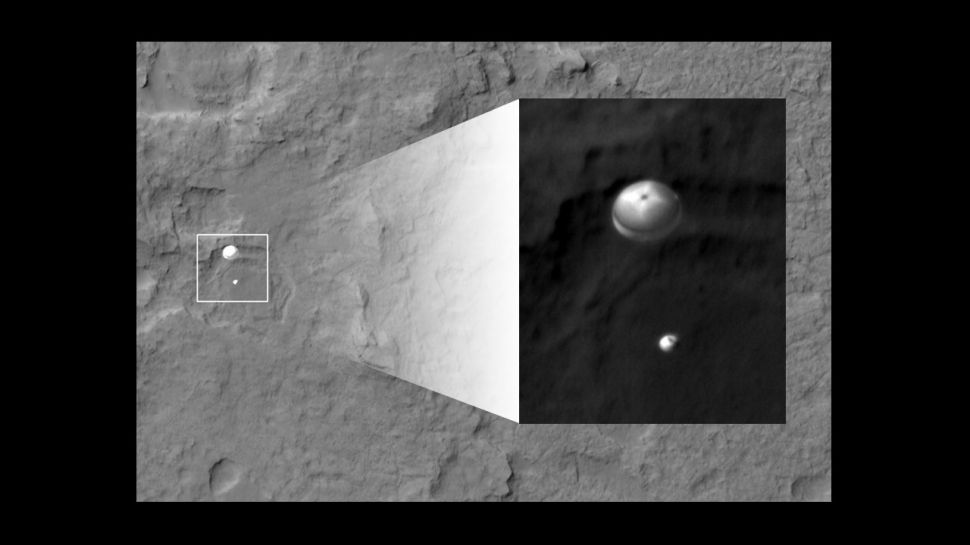 If landed craft are allowed, there are also pictures of Mars rovers from Mars orbiters, asteroid landers from their motherships, etc.

The Mars Odyssey orbiter was photographed by Mars Global Surveyor in 2005. 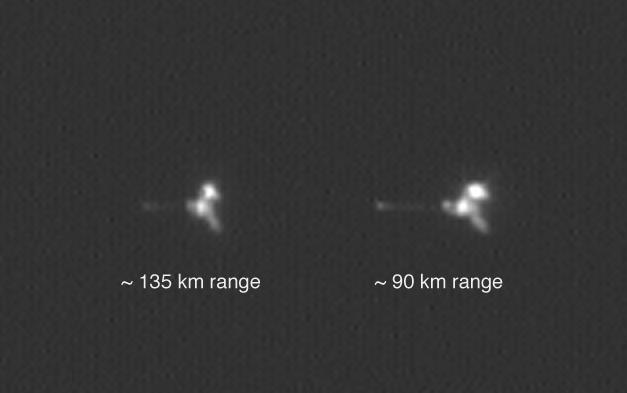 Mars Global Surveyor and Mars Odyssey are both in nearly circular, near-polar orbits. Odyssey is in an orbit slightly higher than that of Global Surveyor in order to preclude the possibility of a collision. However, the two spacecraft occasionally come as close together as 15 kilometers (9 miles).

The two views of Mars Odyssey in this image were acquired a little under 7.5 seconds apart as Odyssey receded from a close flyby of Mars Global Surveyor. The geometry of the flyby (see Figure 1) and the camera's way of acquiring an image line-by-line resulted in the two views of Odyssey in the same frame. The first view (right) was taken when Odyssey was about 90 kilometers (56 miles) from Global Surveyor and moving more rapidly than Global Surveyor was rotating, as seen from Global Surveyor. A few seconds later, Odyssey was farther away -- about 135 kilometers (84 miles) -- and appeared to be moving more slowly. In this second view of Odyssey (left), the Mars Orbiter Camera's field-of-view overtook Odyssey.

The Mars Orbiter Camera can resolve features on the surface of Mars as small as a few meters or yards across from Mars Global Surveyor's orbital altitude of 350 to 405 kilometers (217 to 252 miles). From a distance of 100 kilometers (62 miles), the camera would be able to resolve features substantially smaller than 1 meter or yard across.

Mars Odyssey was launched on April 7, 2001, and reached Mars on Oct. 24, 2001. Mars Global Surveyor left Earth on Nov. 7, 1996, and arrived in Mars orbit on Sept. 12, 1997. Both orbiters are in an extended mission phase, both have relayed data from the Mars Exploration Rovers, and both are continuing to return exciting new results from Mars. JPL, a division of the California Institute of Technology, Pasadena, manages both missions for NASA's Science Mission Directorate, Washington, D.C. 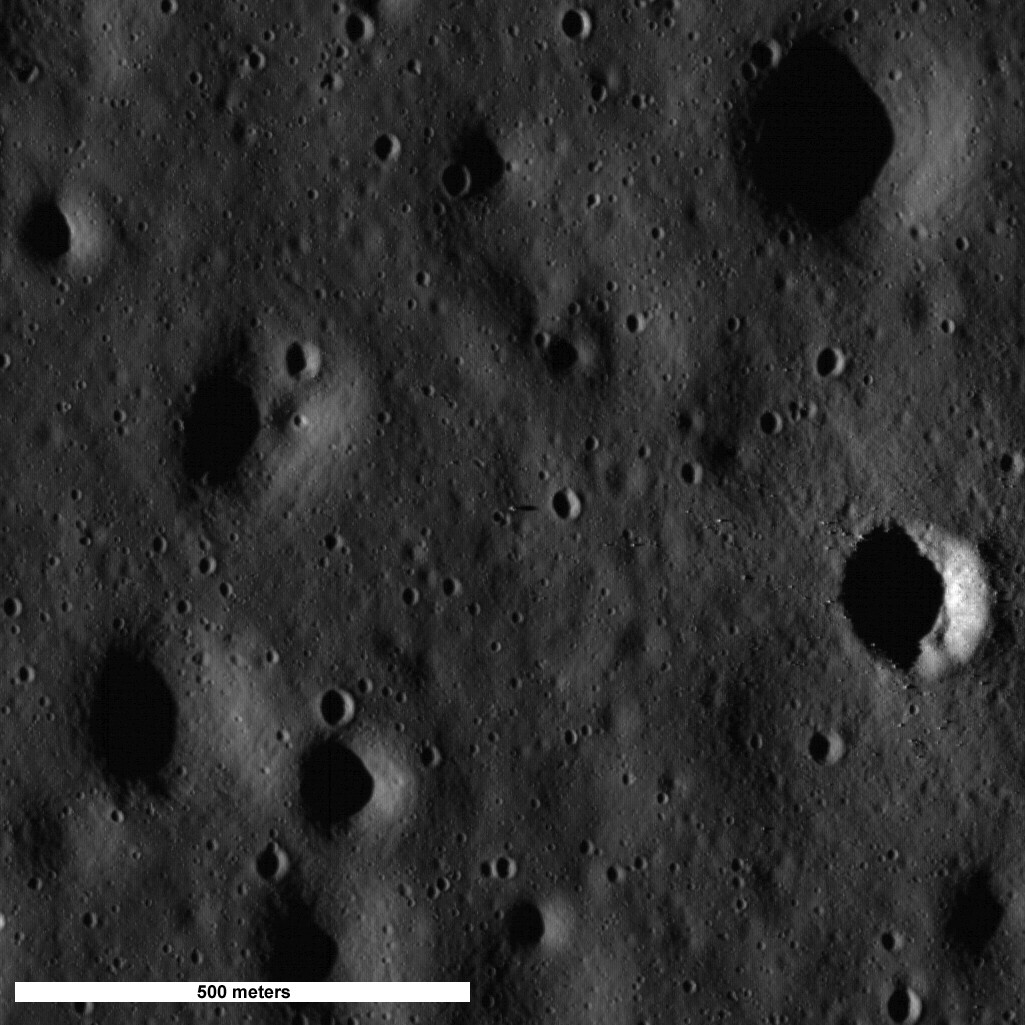 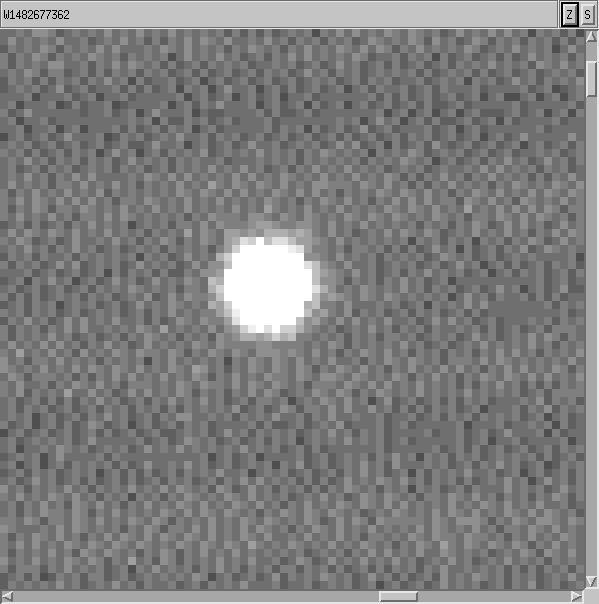 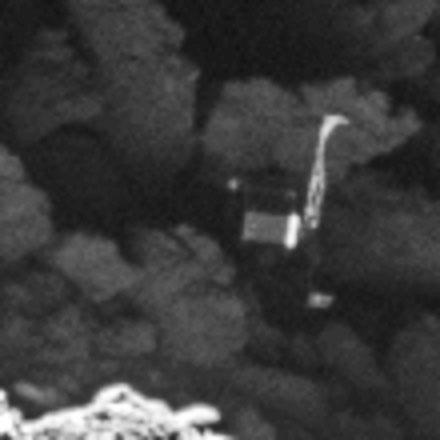 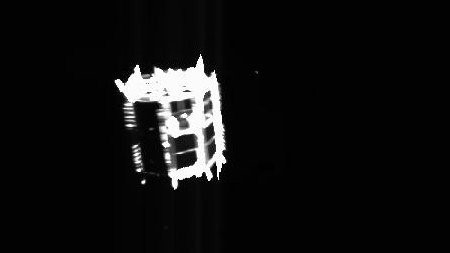 For a case with more extreme relative motion than most of the other answers, the Lunar Reconnaissance Orbiter (polar orbit) imaged the LADEE orbiter (close to equatorial orbit) in 2014: 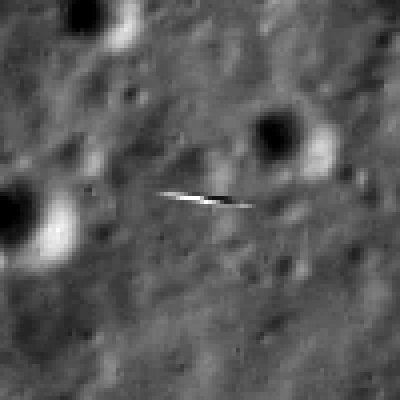 The LADEE appears rather distorted because the image was taken with a pushbroom camera, not the more familiar framing camera, so LADEE moves between lines relative to the background. However, once that's corrected the barrel-shaped LADEE is mostly identifiable: 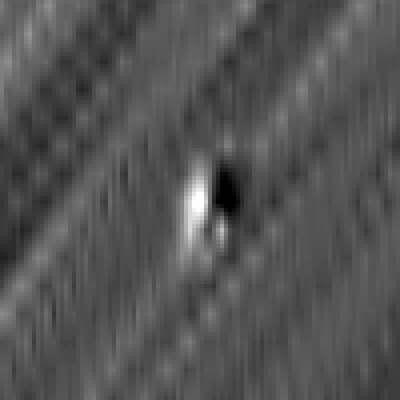 You can also find photos of some Mars rovers from various orbiters/satellites:

After a planet-wide dust storm in June 2018 blocked the Opportunity rover's solar panels, NASA scientists waited for images from the planet to clear. This image, captured Sept. 20 by the Mars Reconnaissance Orbiter, was among the key signs that the sky was clearing, since engineers could see the rover again. The image was taken from 166 miles (267 kilometers) above the surface of Mars. 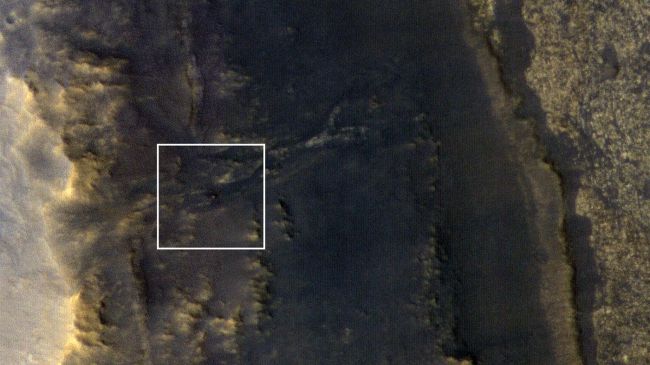 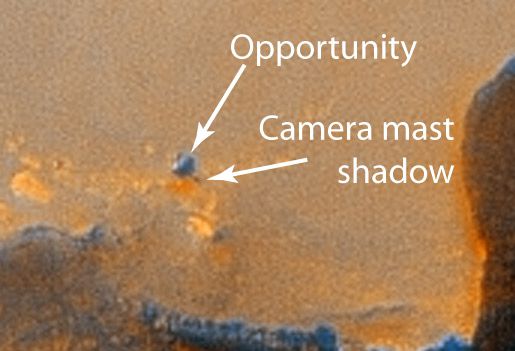 And yet another from the MRO:

A close-up of the Opportunity rover perched at the southeast rim of Mars' Santa Maria crater. 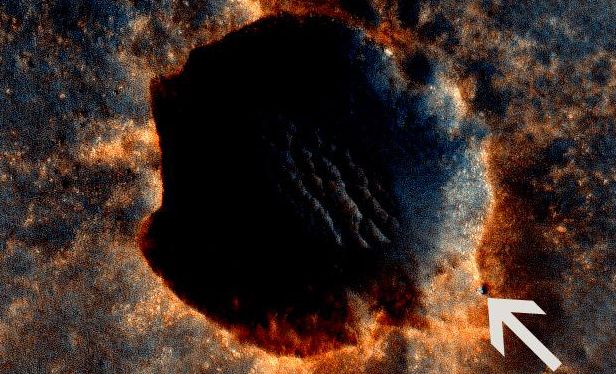 Here's one of the Insight Lander:

NASA's InSight spacecraft, its heat shield and its parachute were imaged on Dec. 6 and 11 by the HiRISE camera onboard NASA's Mars Reconnaissance Orbiter. 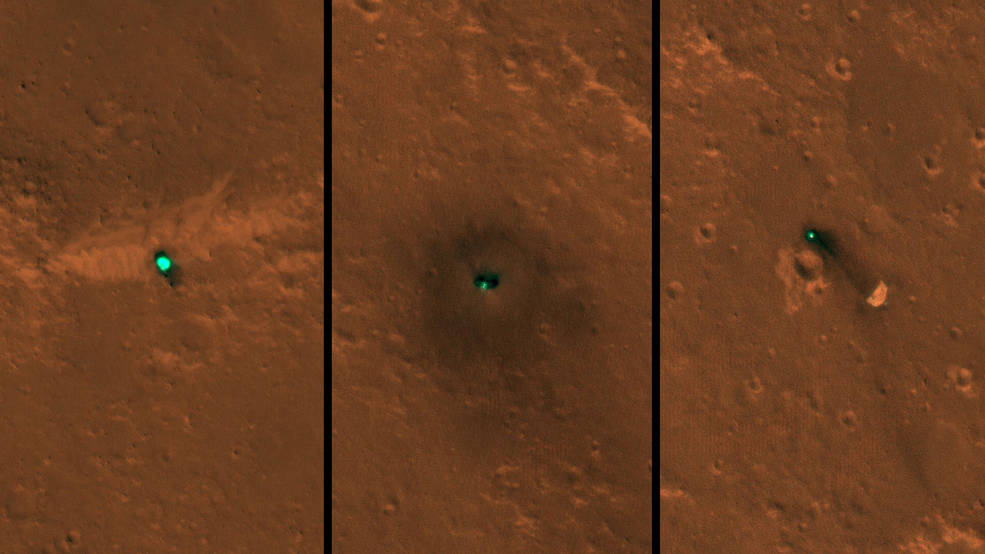 In a similar vein to Organic Marble's answer:

The Phoenix lander was captured during its descent on May 25, 2008, hanging from its parachute with crater Heimdall in the distant background, and again after landing on Mars and deploying its solar panels, by the HiRISE camera on Mars Reconnaissance Orbiter. 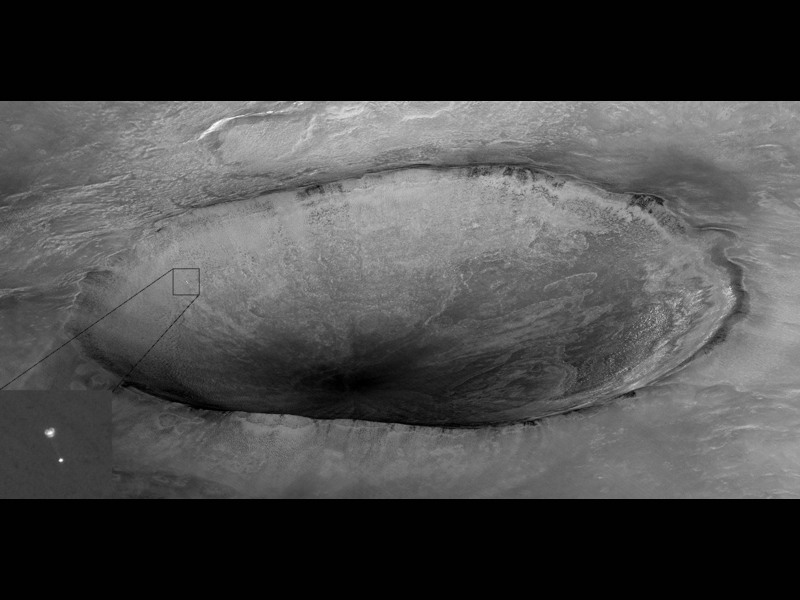 (Source: https://www.jpl.nasa.gov/news/phoenix/images.php?fileID=9448. In my personal opinion, this is one of the most stunning pictures of this kind ever taken.) 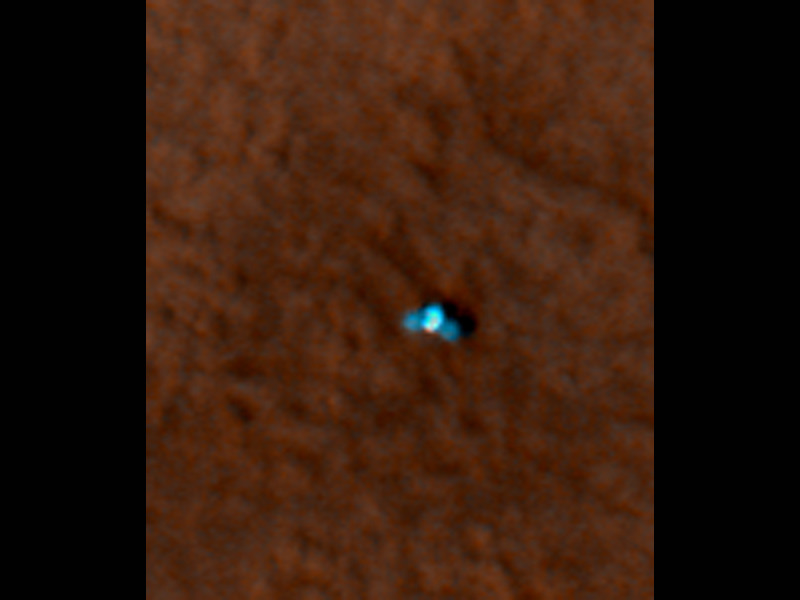 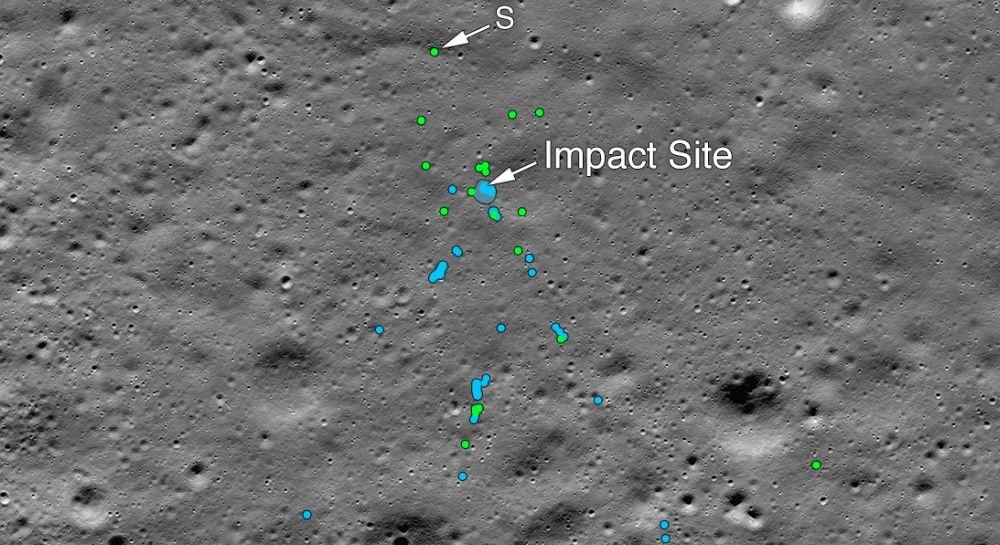 Yet another example, this time involving a spacecraft that was photographed twice, by two different other spacecraft, beyond Earth orbit. The Beagle 2 Mars lander hitchhiked to Mars on the back of Mars Express, and, in a similar vein to Cassini–Huygens above, Mars Express photographed Beagle 2 after the two separated: 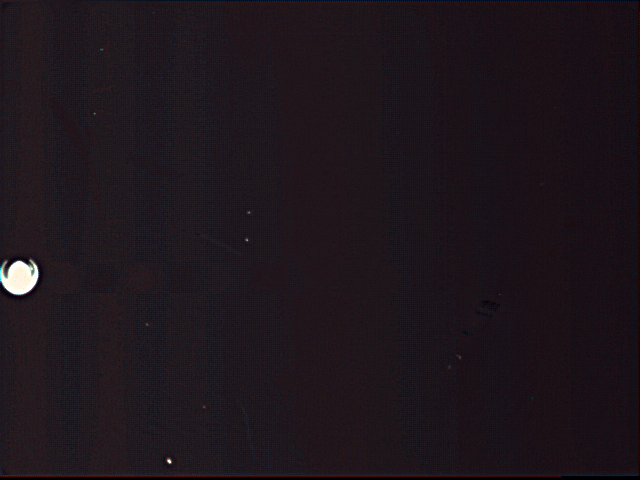 (Image by the European Space Agency, via Flickr, via Cassioli at Wikipedia, via Huntster at Wikimedia Commons. Beagle 2 is the round thing on the far left.)

Beagle 2 failed shortly after touchdown, and it remained missing until the Mars Reconnaissance Orbiter photographed it in 2015: 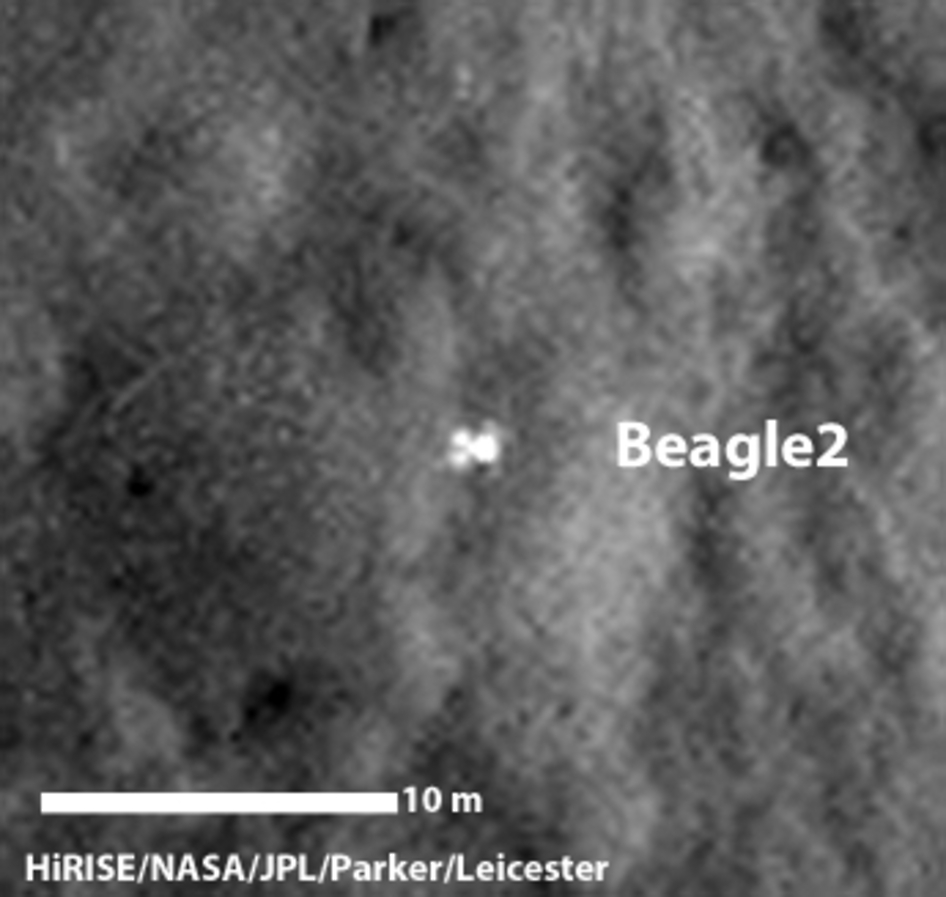 (Image by NASA, via Drbogdan at Wikimedia Commons.)

In the Planetary Society's Senior Editor and Planetary Evangelist Emily Lakdawalla's article Fun with a new data set: Chang'e 3 lander and Yutu rover camera data there are several photos from Chang'e-3 and the Yutu rover. 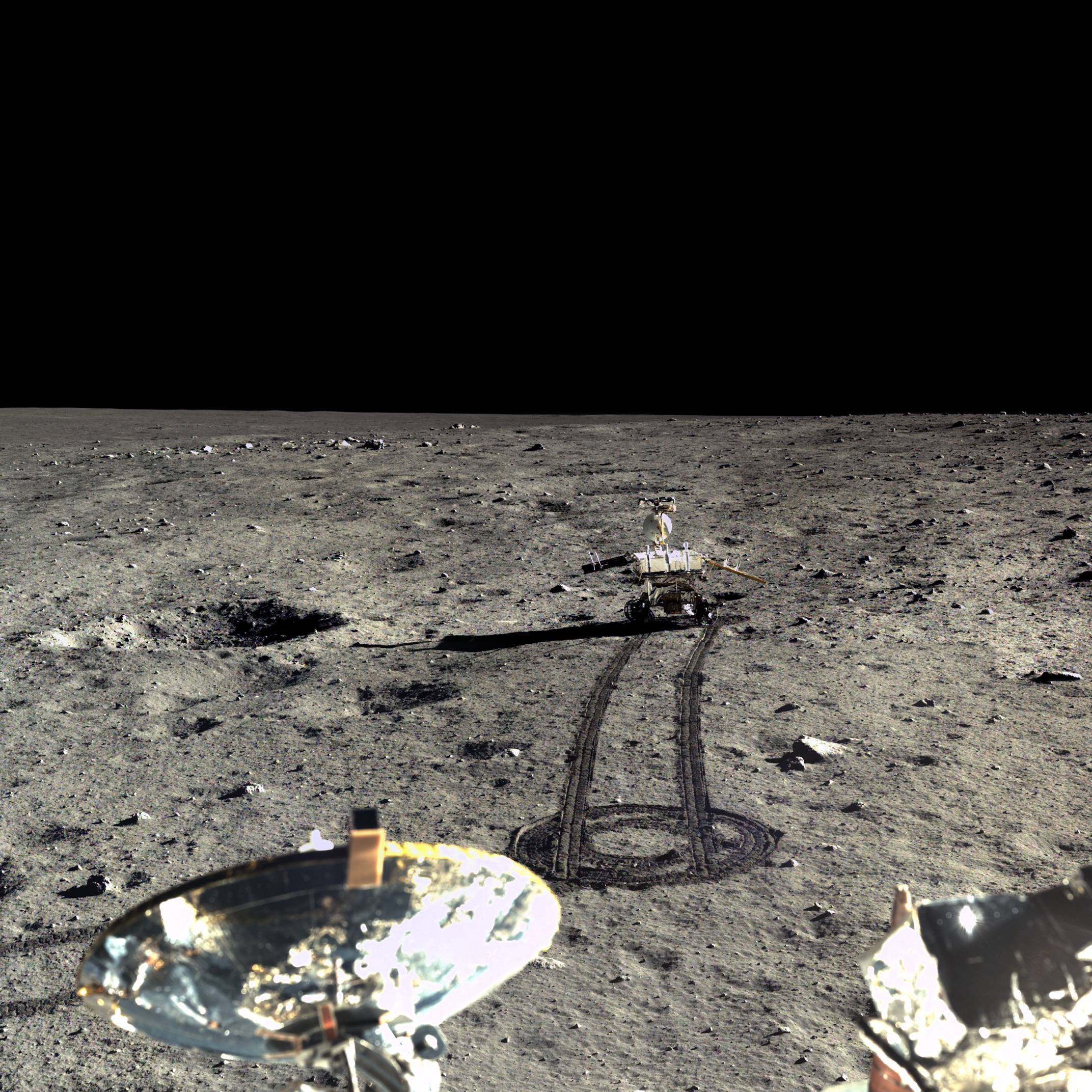 From Planetary Society's Editorial Directors Jason Davis's post Chang'e-4 deploys rover on far side of the Moon there is a photo of Yutu-2 being deployed from Chang'e 4. It is likely that there is a reciprocal photo of Chang'e-4 from Yutu-2 but I haven't found one yet. 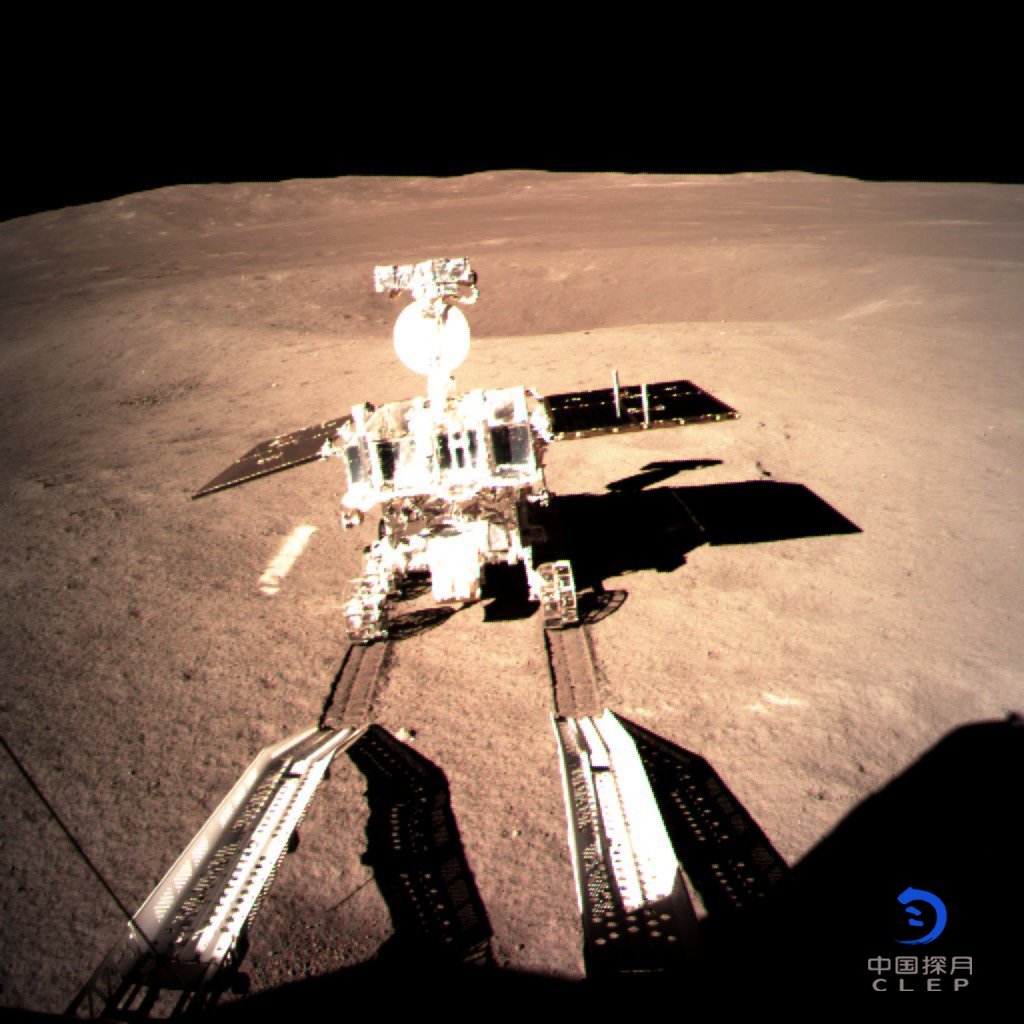 above: Yutu-2 being deployed from Chang'e-4 as photographed by Chang'e-4 read more

The Apollo 13 Service Module was photographed from the Apollo 13 LEM on the way back to Earth.

Not sure if this is what you were looking for since they were part of the same mission, were on the way back to Earth and were not far away when they separated and the pictures were taken. On the other hand, they were NOT in orbit. 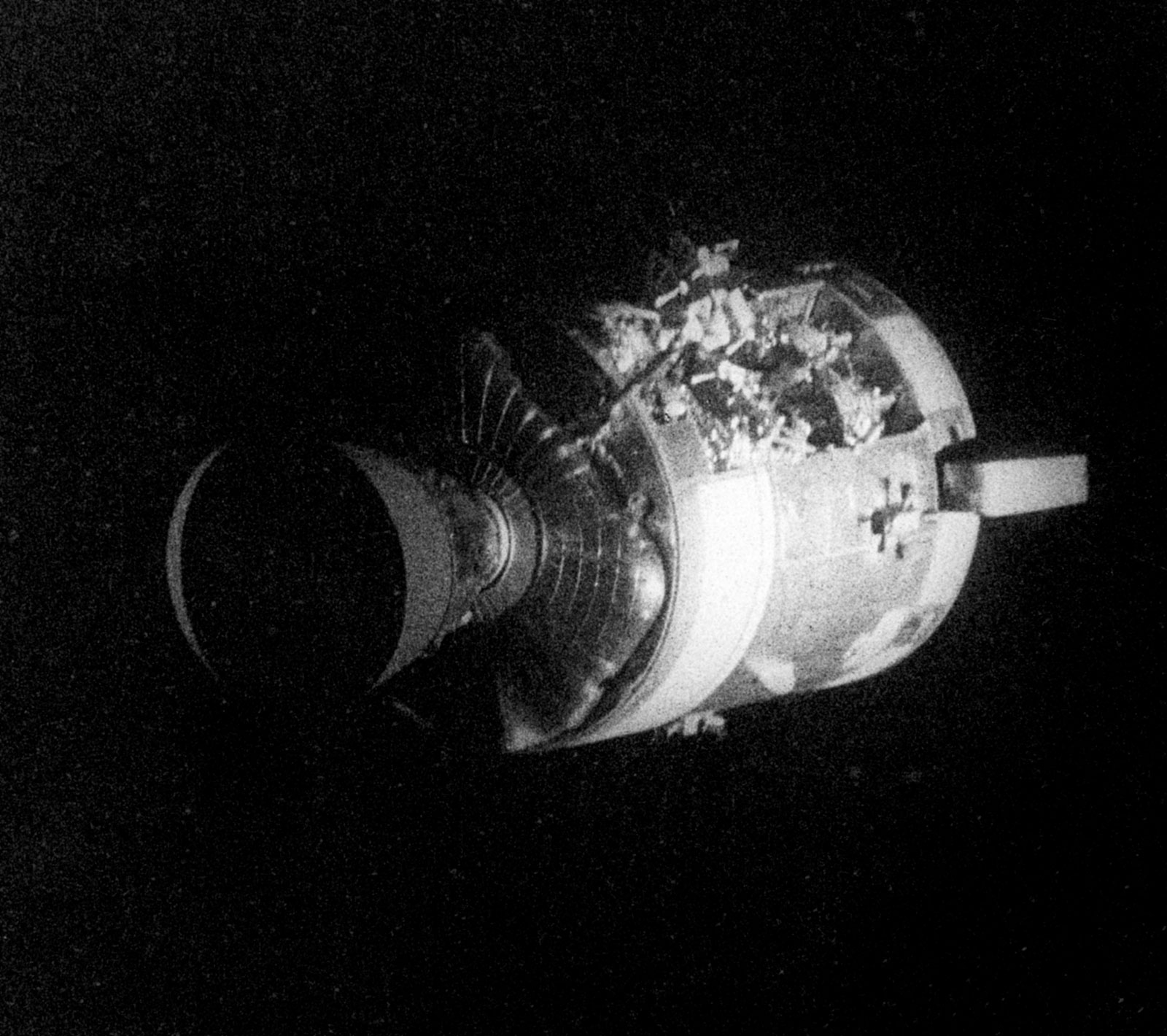 Not the answer you're looking for? Browse other questions tagged deep-space photography or ask your own question.

19
Would Luna 15 have been visible to any of the members of the Apollo 11 crew?
8
Could a spy satellite image another satellite?
7
How many spacecraft have taken a “Pale Blue Dot” type photo of the Earth from beyond cis-lunar space?
5
Could Tianwen-1, Hope, or Mars 2020 image one another en route to Mars?
3
What's the story behind this Apollo-era image?
3
Will WFIRST and JWST be able to resolve each other?
1
What was the effective magnification of the Mars Reconnaissance Orbiter's HiRISE camera to acquire the detailed image of Earth?

3
What's the story behind this Apollo-era image?
2
Is this the only eclipse where Moon's shadow on the Earth (umbra) has been photographed by a person in space?
7
How many spacecraft have taken a “Pale Blue Dot” type photo of the Earth from beyond cis-lunar space?
8
Has the Earth's shadow on the Moon (lunar eclipse) ever been photographed from Space?
36
Was the “Earthrise” witnessed by Apollo 8 the first available “full” photo of the Earth?
4
Are Longjiang 1 and 2 the only spacecraft to image the far side of the Moon in a single frame with detail?
5
How many Space Shuttle payloads ended up beyond Earth orbit?
3
How many spacecraft deployed from the ISS have escaped Earth orbit? Are there plans for any in the near future?
19
Could New Horizons take a “Pale Blue Dot”-like image this year?
3
Which spacecraft far from Earth have arc second resolution cameras that could measure Betelgeuse's position?