The Solar system moves through the Milky Way galaxy with velocity of 230 km/s. The ecliptic plane is located ~60 degrees with relation to the galaxy plane, according to this source. The page also shows animated gif of the solar system motion through the galaxy (marked with "Image credit: Rhys Taylor), in which the galactical motion appears to be southwards (relative to the ecliptic plane). Direct link to the gif

On the contrary, the following image (borrowed from this answer on Astronomy SE) indicates solar system moves northwards relative to ecliptic plane: 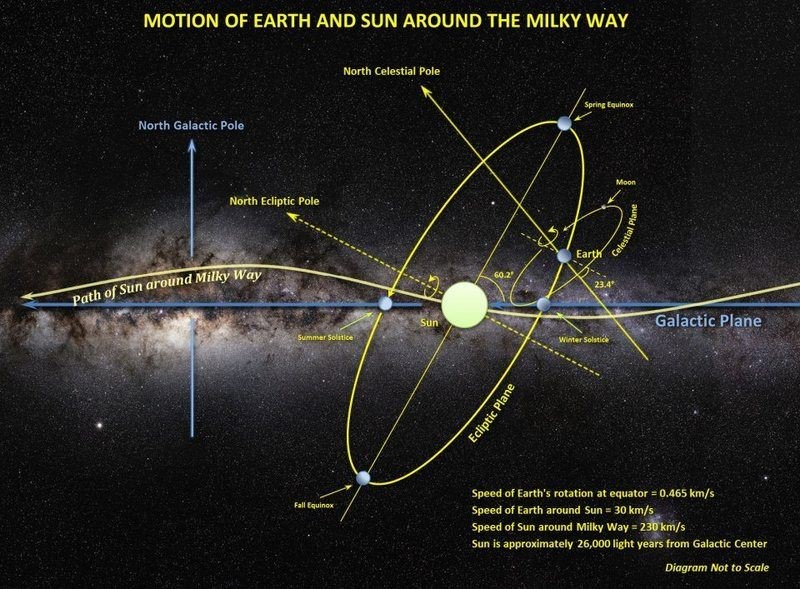 Question: If we wanted to send a probe in prograde galactical motion of the solar system, within the galaxy plane, would we need to direct it southwards or northwards relative to the ecliptic plane?

Browse other questions tagged orbital-mechanics velocity ecliptic-plane galactic or ask your own question.

4
What will happen to a spacecraft if it cancels its galactic velocity?

18
Would leaving the ecliptic plane offer any benefit to interstellar travel?
9
Why has the Earth's motion carried it out of view of Pioneer 11's antenna?
4
How to (correctly) rotate this data so the Ecliptic is in the XY plane?
9
Why was Kepler's orbit chosen to continue to drift away from Earth?
4
Maximum velocity achieved by solar sail
2
Does the Delta v to leave the entire solar system depend on its angle to the ecliptic?
6
How exactly did Jupiter change Ulysses orbital plane from nearly ecliptic to polar?
4
What will happen to a spacecraft if it cancels its galactic velocity?