How do the Starlink satellites shine?

As we can see the Starlink satellites with the naked eye as they pass by. I was wondering about what makes them visible.

The reason that we can sometimes see satellites or other spacecraft at night is because the spacecraft is still exposed to daylight. Here is an image describing this phenomena: 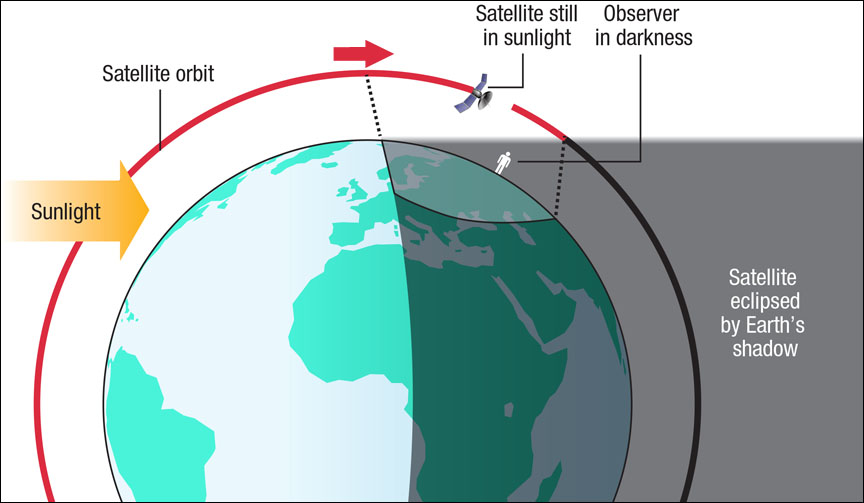 (image credit: Gary Meader; from the book "Night Sky With The Naked Eye" by Bob King)

Satellites and other orbiting bodies (ie the Moon) appear so bright because they're reflecting sunlight. Even though they aren't covered in mirrors, the sun is just so bright that white paint or the lunar surface is enough to let us see even tiny satellites from hundreds of kilometers away.

Occasionally, a satellite will "Flare" which is when the angle of the sun on its glass solar panels reflects directly to the observer. This reflection off the solar panels rather than simply the body of the satellite can appear much brighter temporarily.

I'm going to answer a slightly different question from the other answer: "why are Starlink satellites so visible, compared to other satellites?"

The answer is that they're very close to the earth; the lower edge of what might be considered a viable long-term orbit is 300 km, and some have recently been deployed at 280 km. They are boosting to a higher altitude, and once in their final orbit shouldn't be as visible.

Not the answer you're looking for? Browse other questions tagged spacex iss artificial-satellite communication starlink or ask your own question.

25
SpaceX's 4,425 satellite constellation - what's the method to the madness?
13
Why is one Starlink satellite not following the adjacent one in this image?
5
Delta-V of Starlink Satellites
3
Have any satellites had lights visible from Earth besides FITSat-1?

10
Is the Starlink array really visible from Earth?
14
Is it feasible to paint SpaceX Starlink satellites black so as not to frequently saturate the CCDs of the Large Synoptic Survey Telescope?
7
How has the brightness of SpaceX's Starlink constellation changed since May?
3
Are there Starlink train-finding websites?
2
"...extending the Starlink network using longer-range laser comms and relay satellites to reach Mars and Starships in-transit" (Musk & Shotwell)
3
Are Starlink satellites flaring?
2
What orbits are Starlink satellites now deployed into? How low to do they go on their first perigee?
1
Very slow blinking object — high orbit satellite or some balloon? Any idea?