In multiple parachutes, is each offset by a weight/hole? 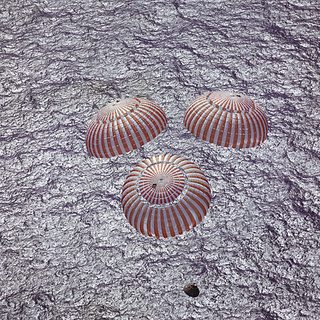 As the image shows, in multiple parachutes, each assumes a position away from the center. The post, Why don't 3-parachute descent systems collide and collapse?, says it's the air spilling from each that ensures separation (non-vertical alignment).

In the zoom and crop below, there seems to be an offset dark feature on each parachute:

What is that? (The photo is the Apollo 16 landing.)

Those dark objects are the deployment bags which contained the main parachutes prior to inflation. 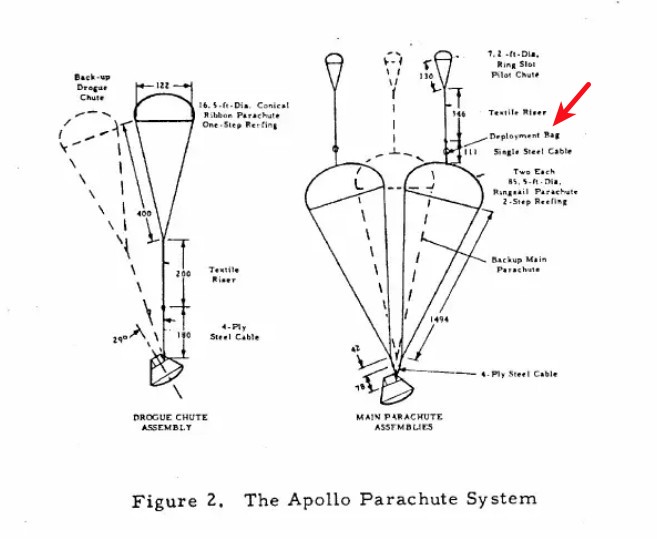 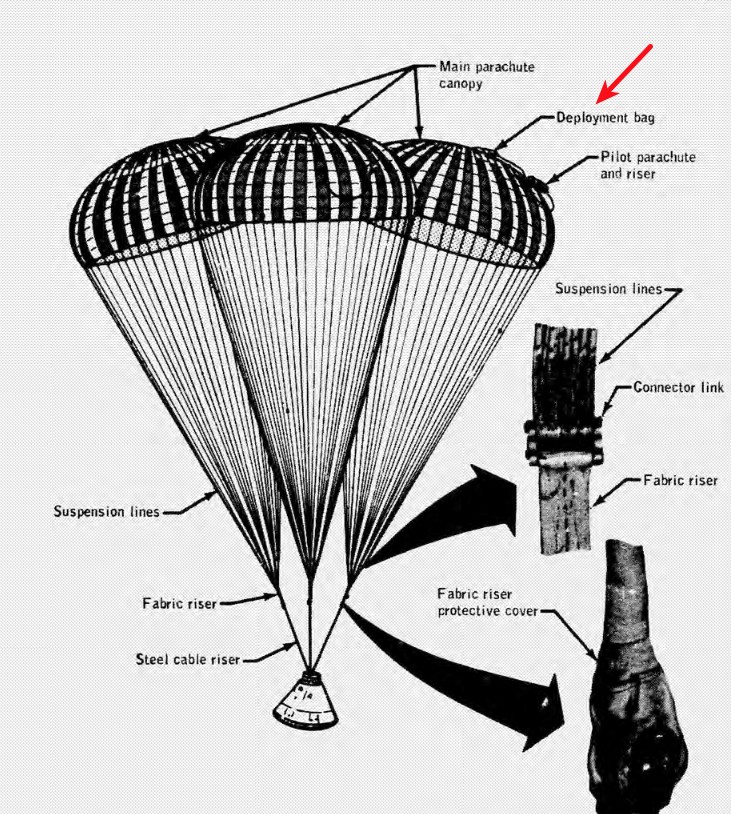 I cropped and annotated this Apollo 16 image to show the entire system: pilot chutes, deployment bags, and main canopies. 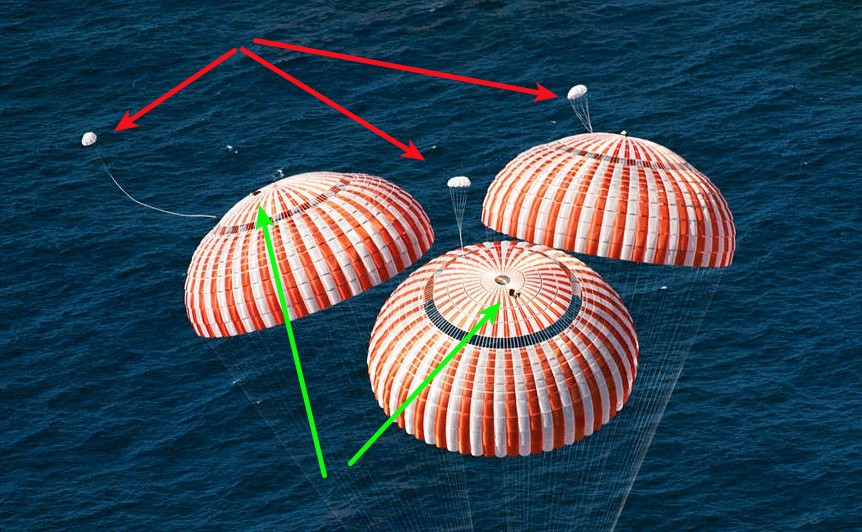 There are no "weights" provided on top of the parachute canopies.

Not the answer you're looking for? Browse other questions tagged apollo-program identify-this-object parachute or ask your own question.

13
Use of steerable parachutes for re-entry
11
Did any Apollo missions have backup parachutes?
29
Why no parachutes in the Orion AA2 abort test?
5
How do Crew Dragon's main parachutes deploy?
4
Correcting Accelerometer Readings when Offset from Center of Mass: How?
5
Are there any markings that uniquely identify each Saturn-Apollo combination?
1
Why does the New Shepard Crew Capsule sometimes deploy 3 parachutes and sometimes deploys only 2 parachutes?