Is retired astronaut Scott Kelly now the same height as his brother?

In WIRED's new video Astrophysicist Explains One Concept in 5 Levels of Difficulty | WIRED "Astrophysicist Janna Levin, PhD, is asked to explain the concept of gravity to 5 different people; a child, a teen, a college student, a grad student, and an expert."

At about 02:40 retired astronaut Scott Kelly is said to have "elongated" during his year in space and was significantly but temporarily taller than his identical twin brother upon returning to Earth.

Are there any sources that mention if commander Kelly has returned to his pre-ISS height and/or that of his brother retired astronaut and shuttle commander, and US Senate candidate Mark Kelly? 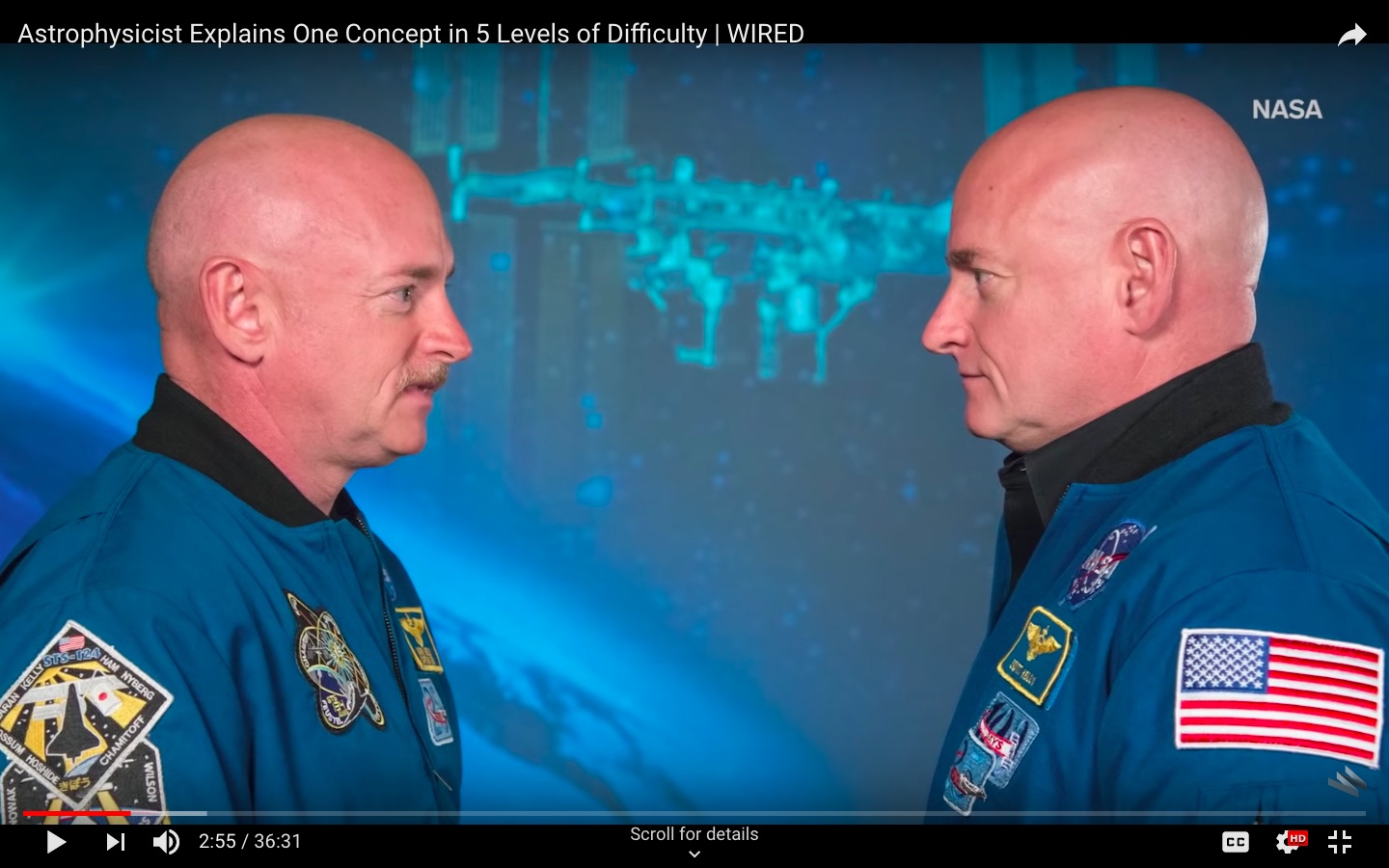 Mark Kelly, told CNN's "Erin Burnett OutFront" by email, Scott Kelly's life, height return to normal after near year in space, that his brother is back to his normal height.

Astronaut Scott Kelly, who grew about 2 inches during his nearly one year stay on the International Space Station, is back to his normal height, his identical twin brother, Mark, said Thursday.

Scott Kelly, whose spine elongated while he spent 340 days in space, took less than two days to shrink.

Mark Kelly, a former astronaut, told CNN's "Erin Burnett OutFront" by email that the two went back-to-back an hour after his brother returned to the United States early Thursday.

Scott grew 1½ inches before returning to normal, he said.

3
Won't an astronaut exposed to the vacuum of space bleed from everywhere?
11
How important is the size of an astronaut?
14
Scott Kelly age vs Twin's
8
How did Alexey Leonov bleed off the pressure in his space suit?
3
Where is the LC-19 launch console now?
2
Did astronaut candidates have a lung capacity test, as portrayed in the movie The Right Stuff?
8
What protocol is in place if an astronaut kills another astronaut in or around the ISS?
3
Did an astronaut on the Moon ever fall on his back?