You have to push your lungs forward through the drag of the atmosphere. Crushed into your chair — you’re like a leaf in a hurricane. The reason is $D = 1/2 \rho v^2 S$. Sixteen times the speed of sound. As you accelerate harder and harder, that light blue Florida sky starts to get darker and darker, and then suddenly, black — and the engines shut off, and you’re weightless.

$S$ doesn't show up in that Wikipedia article or a few other sites I checked, but is it nonetheless a standard variable or parameter used in spaceflight? If so, what's it called and how is it defined mathematically, and determined experimentally and theoretically? 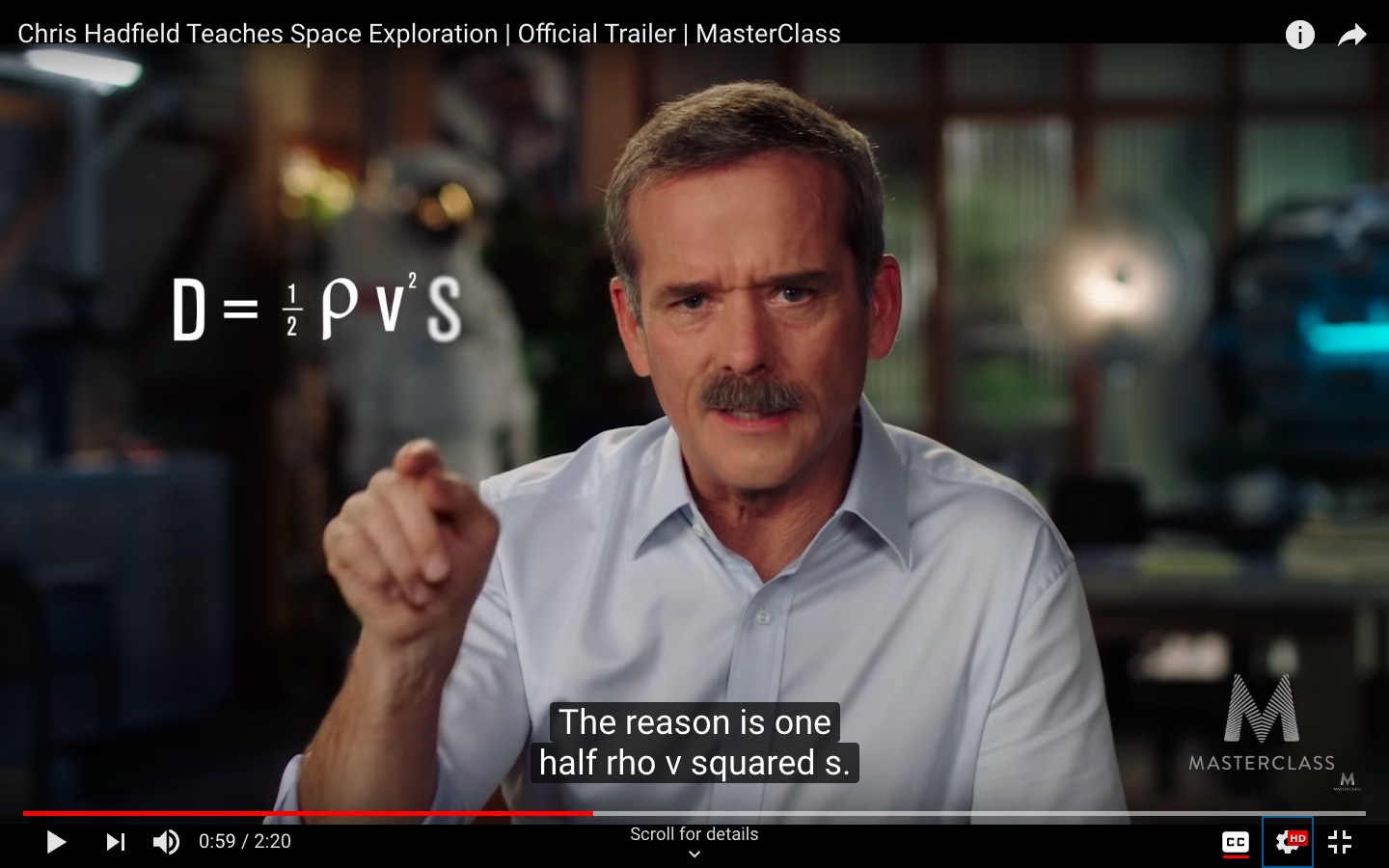 Combining these two into one parameter makes sense to me however. $C_D$ is usually calculated numerically or experimentally and in both cases it depends on your angle of attack. For most shapes, the angle of attack will also have an effect on the effective surface area. The $C_D S$ part of the drag equation can therefore be determined as one parameter.

As far as I know, in literature this notation is not used, but it makes sense intuitively to clump them together. The closest I can think of is the ballistic coefficients but that is calculated as $\frac{M}{C_D S}$, where M is the mass.

Not the answer you're looking for? Browse other questions tagged launch astronauts physics atmospheric-drag or ask your own question.

21
How does skipping off the atmosphere work?
8
Does a persons weight effect their potential selection to be an astronaut?
8
Puzzler: What acceleration are these astronauts experiencing?
3
When a Saturn V reaches max Q, what fraction of the lengthwise structural load is due to drag rather than acceleration?
1
What freedom of movement does an untethered, thrusterless astronaut have? - with a 20lb sledge
1
What is a lithium fed GIT? How does it work?
3
What does Earth's J₂₂ moment look like?
4
Did the Space Shuttle crew have to worry about the ionosphere? What relevant training or specific briefings did they receive?