Who are these people inside Apollo Command Module (presumably posing for advertisement photoshoot)?

In an attempt to find photos from any of Apollo missions that portray Sony TC-50 voice recorder/player that was used in these missions I came across the following picture: 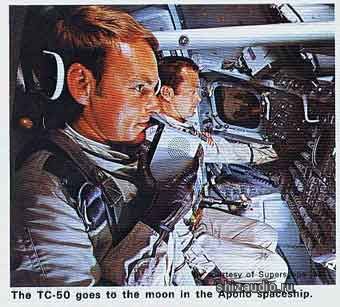 There is better quality of the picture on this webpage (the page doesn't allow copying or even providing direct link to the photo).

The photo, apparently, is part of a Sony advertisement.

Mentioned above webpage claims that we see Eugene Cernan and John Young:

Holding the TC-50 is Eugene A. Cernan, Lunar Module Pilot ; behind him is John W. Young, Command Module Pilot.

I've looked through quite a few photos of Cernan and Young available on internet, and these two people on the photo above don't really resemble them to me (but I might be mistaking, of course).

There are few reasons why I assumed this was a dedicated photoshoot (rather than a photo from a mission or training):

I've also found another Sony advertisement published in Life Magazine, August 8, 1969. Below is the cropped part of it: 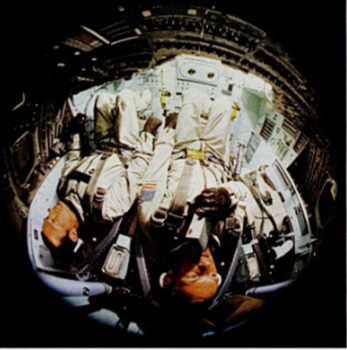 This seems to be a photo from another angle of the same scene as the first shot.

Am I mistaking, and these were real NASA astronauts on a mission/training (in this case I would appreciate if someone could recognize who these astronauts were), or were they just a photo models for dedicated photoshoot?

I found some right-facing contemporary shots of the two men (photo credits: NASA) and laid them beside the men in the ad. 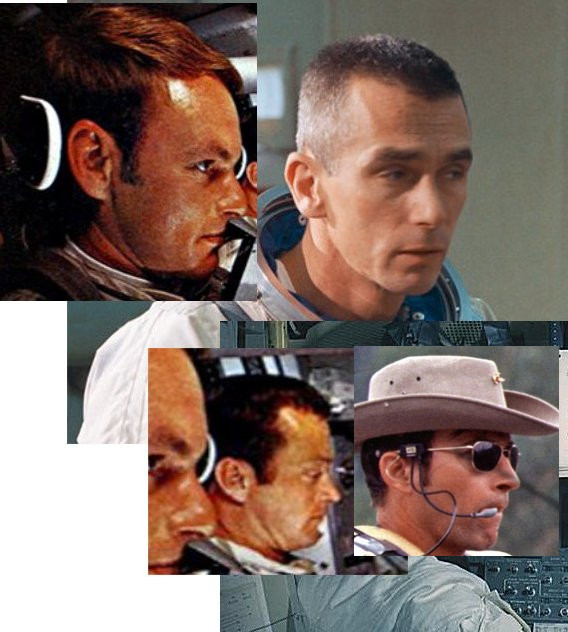 Not the answer you're looking for? Browse other questions tagged apollo-program history or ask your own question.

13
Can you swim in space?
7
When was there a dog in ISS's Kibo module?

12
What did Apollo need the crewed Command Module for?
10
How accurate is this Apollo Command Module replica, and why would it be copper-colored?
24
How exactly did the floor of an Apollo LM look like after EVA(s)? Seeking photo!
4
How would the Apollo telescope have worked in the Apollo command module? Where would it be located and how would it be operated?
11
Apollo command module space walk?
5
Was lunar module “pilot” Harrison Schmitt legally a “pilot” at the time?
8
Did Apollo astronauts play on the Moon their pre-recorded music?
16
Apollo altitude vs rate-of-descent schedule
27
Apollo Command Module heatshield tube - what was it for?
7
How many spacesuits were specifically manufactured for John Young?