What went wrong in the Chandrayaan-2 mission with the Vikram lander?

On September 7th 2019, ISRO attempted to land a lunar lander ,Vikram, with rover , Pragyan, on the moon. It was very exciting to watch until the lander lost communication with ground station during its final descent, just 2.1 kms above the lunar surface!

I have screenshot the profile of the landing trajectory from the live stream and it is clear that it went off its profile at the very end. 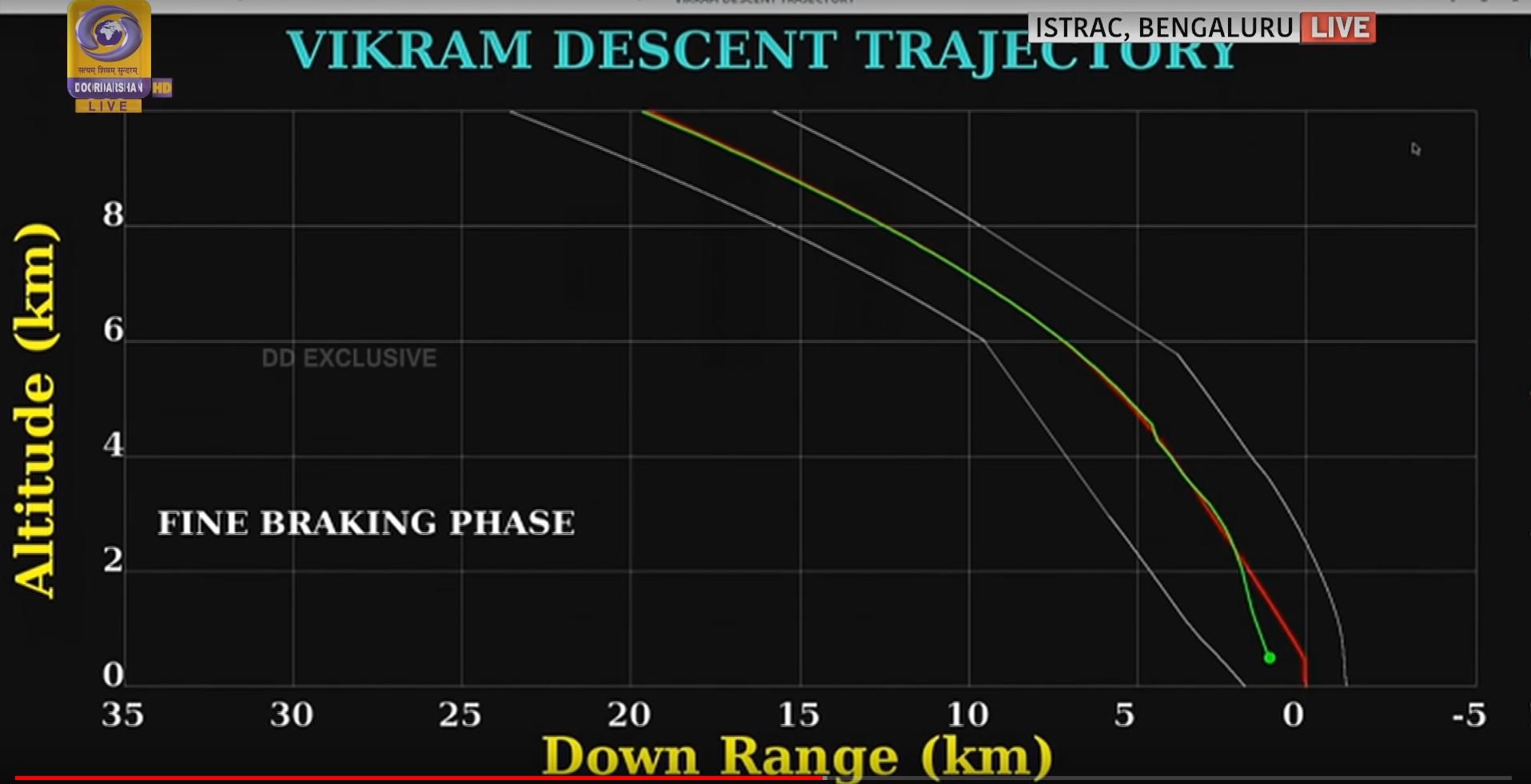 I wanted to know what went wrong for such a failure to occur, and if it's not known for sure, what the most likely scenario is.

My rough guess is that something went wrong with the attitude control system of the lander. Maybe the lander had some level of autonomy in choosing a landing ground; as it landed, the sensors identified the landing area not suitable for landing and it decided to change its route leading to high momentum build up that was hard to recover from. Or it was just a matter of some external disturbance that was not accounted for.

The latest news that has come out 2 days ago about the investigation of what happened but nothing solid has been stated. Link: https://www.hindustantimes.com/india-news/keep-it-simple-former-isro-scientist-explains-what-lead-to-chandrayaan-2-s-vikram-crash/story-M6DDnfOFJl3OkZ12F2fJIM.html

I think this would be a great case study to learn lessons from.

Now that's it's been a few months... according to Lok Sabha (a representative of the Indian Department of Space):

During the second phase of descent, the reduction in velocity was more than the designated value. Due to this deviation, the initial conditions at the start of the fine braking phase were beyond the designated parameters. As a result, Vikram hard landed withing 500 m of the designated landing site.

So it seems that the problem was something unexpected with the landing thrusters. I wish I could be more specific, but ISRO hasn't been any more specific (at least, that I know of in the English web...)

Not the answer you're looking for? Browse other questions tagged the-moon isro entry-descent-landing chandrayaan-spacecraft or ask your own question.

15
Changes made to ISRO GSLV-D5's CUS and FBTP since GSLV-D3's LH2/LOX CUS failure to sustain ignition?
2
What are transonic oscillations (wrist mode) and would Schiaparelli have been transonic at 2 to 4 km altitude?
4
What did JPL's 1939 lunar lander look like and what practical aspects of landing on the Moon did this engineering design address?
1
Chandrayaan-2 orbiter and lander communications with Earth (IDSN)
16
Is there any way to determine the fate of Chandrayaan-2?
7
Did the cold temperature of the lunar south pole cause Chandrayaan-2's on board electronics to fail?
38
Are there any space probes or landers which regained communication after being lost?
9
Why would thermal imaging be used to locate the Chandrayaan-2 lander?
4
Single Engine versus Multiple Engines for Moon Landing