What are reasons to put Gaia space telescope into L2 Lagrangian point of Sun-Earth system?

What was main reasons to put it so far?

How far is it from the L2 point?

Is sun shadowed there?

According to ESA, it's target Lissajous orbit around SEL2 is: 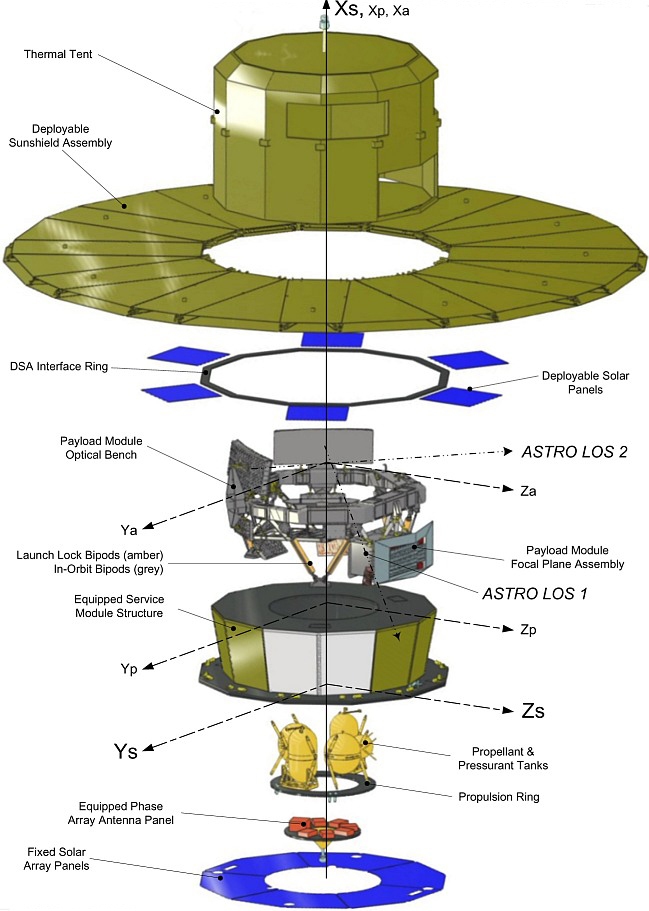 A cutaway of the Gaia space observatory showing its instruments Credit: EADS Astrium

Sun-synchronous -1° retrograde polar orbit (frozen orbit) wouldn't do, since the majority of its ground track is over the middle of nowhere. L1 wouldn't do, since the antenna can't be a part of the Sun shield then, L3 is behind the Sun, L4 & L5 still don't enable its antenna to point towards the Earth (maximum permissible tilt for its Sun shield relative to the Sun is at 15°), and higher or lower heliocentric orbits would put Earth in opposition during its 5 year mission, complicate communications (1 billion pixels creates a large data stream) and reduce total insolation needed to power the space observatory, if in higher altitude heliocentric orbit.

The Earth Sun Lagrange point 2 (SEL2) has the following advantages for the Gaia telescope:

Not the answer you're looking for? Browse other questions tagged lagrangian-points gaia or ask your own question.

35
Why should the James Webb Space telescope stay in the unstable L2?
5
How is GAIA's phased array configured, mechanically and electrically?
1
How would 2 JWSTs make stereo pictures?

19
How deep is the force well of L4 and L5 Lagrangian Points of Earth-Sun set?
9
What is the flight plan to get Gaia in orbit around the Sun–Earth $L_2$ Lagrangian point?
9
What is the diameter of magnetopause 1.5 millions kilometers behind the Earth?
2
Is it feasible to put a comet into a Lagrangian point?
7
What plane will DSCOVR’s orbit be in?
27
What does the Sun-Earth-Moon system look like from the Sun-Earth L-2 point?
13
Why does the Gaia space telescope have two main mirrors
1
Why has the Earth-Sun libration point L1 been chosen over L2 for NEOCam (now NEO Surveyor) to detect new NEOs?
5
How is GAIA's phased array configured, mechanically and electrically?
5
Why put X-ray telescope Spektr-RG/eROSITA all the way out at Sun-Earth L2?