How exactly is the balance of minerals handled on ISS with the use of reclaimed (demineralised) water for human consumption?

This question and answers to it contain wealth of information regarding recycling of ISS resources, and water is one of them.

Water, recycled from water waste, atmosphere moisture and urine, is virtually totally demineralised. Iodine is then used as a biocide treatment.

But what about minerals (magnesium, calcium etc.)?

As far as I know, there are two conflicting opinions: one claims that drinking only demineralised water would "wash away" minerals from the body (i.e. would not replace the minerals lost through sweating and urine with minerals otherwise naturally present in potable water), the other says it's ok as minerals would come in with food anyway.

So, having the water recovery system that "feeds" demineralised water for the crew consumption, how exactly is the minerals balance handled on ISS?

Do they mineralise the reclaimed water somehow before astronauts consuming it, or maybe the food is "pre-packed" with an additional amount of minerals (equal to the lost amount), or is it enough to just take a pill with the minerals when drinking/eating?

If it's the latter two, would it be the same from metabolism point of view (i.e. how completely are minerals "absorbed" by human organism when concentrated in food/pill compared to smaller concentrations of minerals consumed over longer period of time with potable water)?

Bonus question: Apollo astronauts did drink demineralised water being a bypass product from reaction in fuel cells, and afaik Space Shuttle produced drinking water from fuel cells too. Was minerals balance a problem/consideration at all in these missions?

There are six types of water on the ISS (nothing on the ISS is simple!) 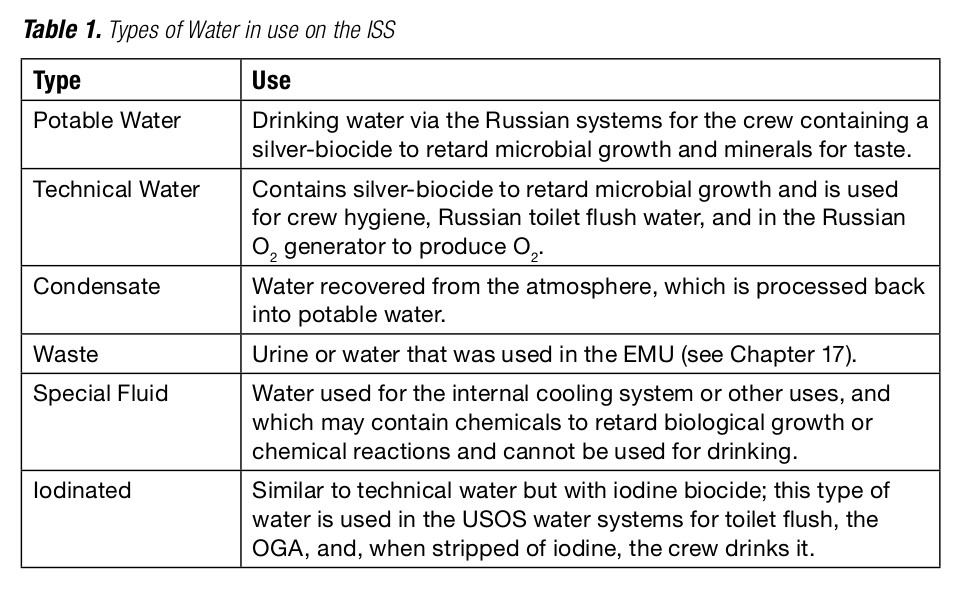 Note that the potable water has minerals added "for taste".

The shuttle water system added iodine to its potable water by running fuel cell product water through a microbial filter. Minerals were not added to the shuttle potable water. 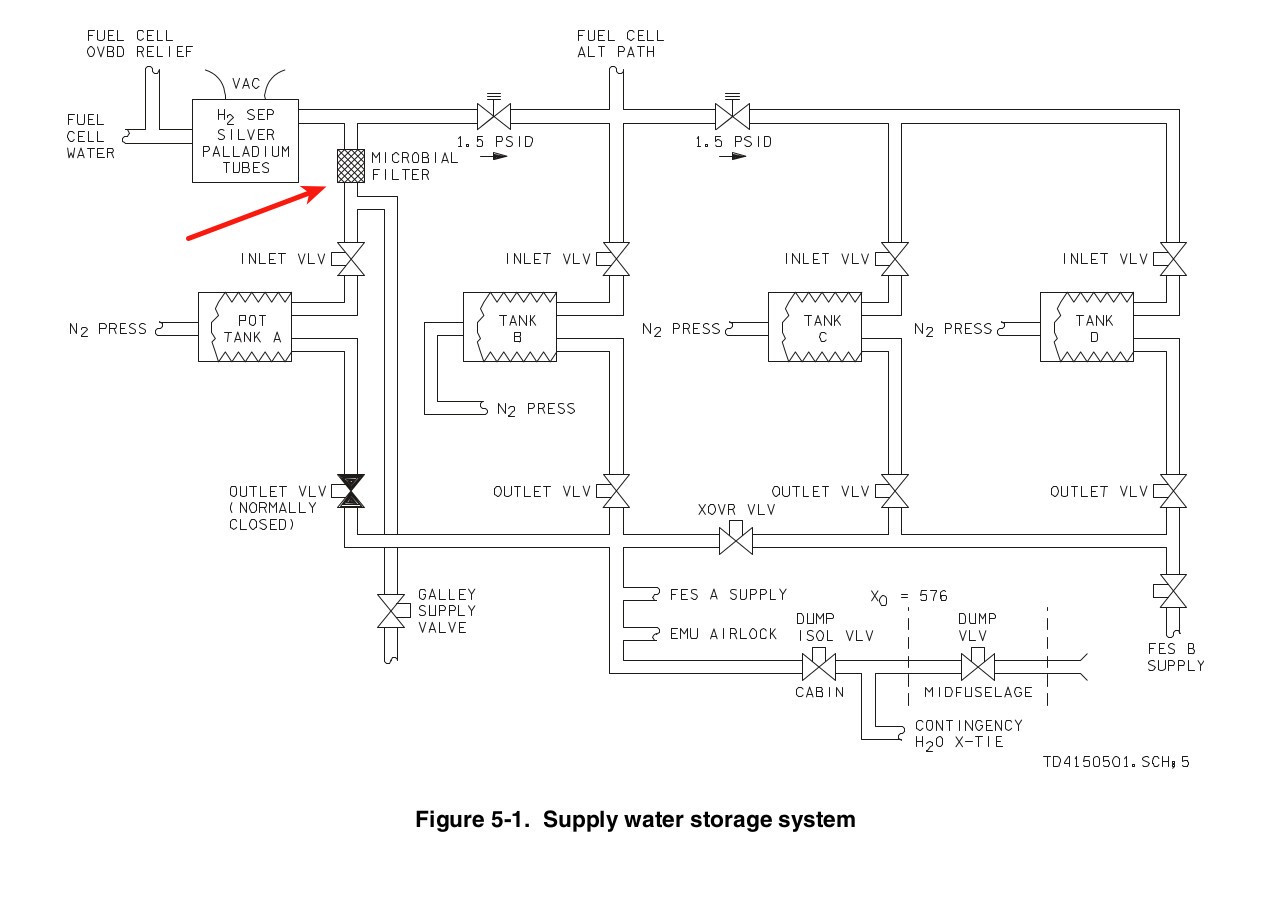 The US iodinated water and the Russian silver-biocide treated water are incompatible; if they mix a precipitate forms. Back in the shuttle days, the US water supplied to Mir and the ISS from the shuttle fuel cells had to be processed to remove the iodide.

Not the answer you're looking for? Browse other questions tagged iss health water life-support food or ask your own question.

18
How close is the ISS to a closed system, in terms of carbon, hydrogen, and oxygen?

10
How can astronauts on ISS deal with dental emergency?
6
Why does NASA use freeze-dried food for the ISS?
12
How does the sabatier system reduce water shipments to the ISS?
8
Does ISS get a surplus of oxygen or water?
2
How does this ISS vision-testing instrument work? What exactly is being measured, and how?
26
How exactly will the ISS die in 2025?
2
Heat balance of the ISS: breakdown?
6
How are the Archival Samples of water on the ISS handled?