In the final phase of the Apollo landings, the commander would go into "P66 attitude hold" mode, where the computer maintained a steady rate of descent while allowing the commander to change the orientation of the spacecraft to steer to a good landing site. The rate of descent could be adjusted in one-foot-per-second increments, and the goal would be to touch down at around 3 fps or less.

During this phase, the lunar module pilot would call out altitude and descent rates (as well as horizontal rates and other useful information) so that the commander could keep his eyes on the terrain. Occasionally the LMP would suggest speeding up or slowing down the descent. The dangers of coming down too fast are obvious, but coming down too slowly runs the risk of depleting the fuel in the descent stage. Some examples:

H-dot refers to the descent rate.

Clicking the rate of descent switch upward would slow the descent, so these are surprisingly direct recommendations.

An annotation from Charlie Duke in the A16 flight journal regarding the 200 foot call strongly indicates that there was a standardized descent rate schedule:

["He's going down too fast. Okay? And our profile calls for 5 foot per second, H-dot; and he's 11. And 12 was our maximum. And, so, I wanted him to slow down a little bit. We were sinking too fast. I wanted to get him closer back to profile."]

I did find this schedule in Apollo Lunar Module Landing Strategy, but I believe it is the schedule which would be used by the fully automatic landing, possibly not what humans were expected to do, and I'm interested in data up to at least 500 feet altitude (commanders went into P66 at varying altitudes from 240 to 550 feet). 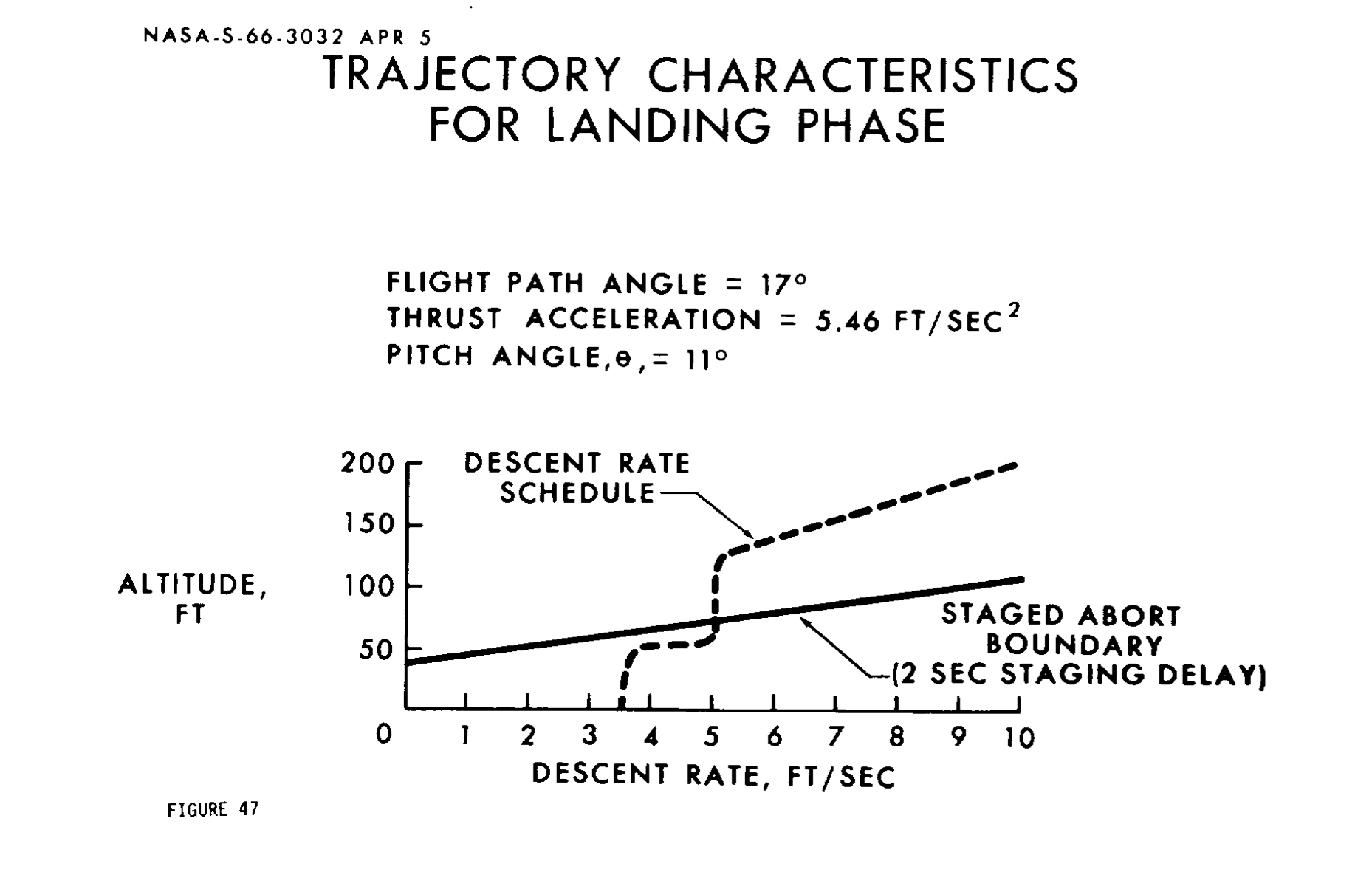 I'm trying to program a "virtual LMP" for a landing simulator, who will deliver reasonably realistic callouts to assist the player in landing.

I think what you are looking for is on page 11 of the Apollo 16 LM Timeline Book. This is the checklist used by the crew during landing.

The numbers in the 200 ft box agree with the quote in your question. 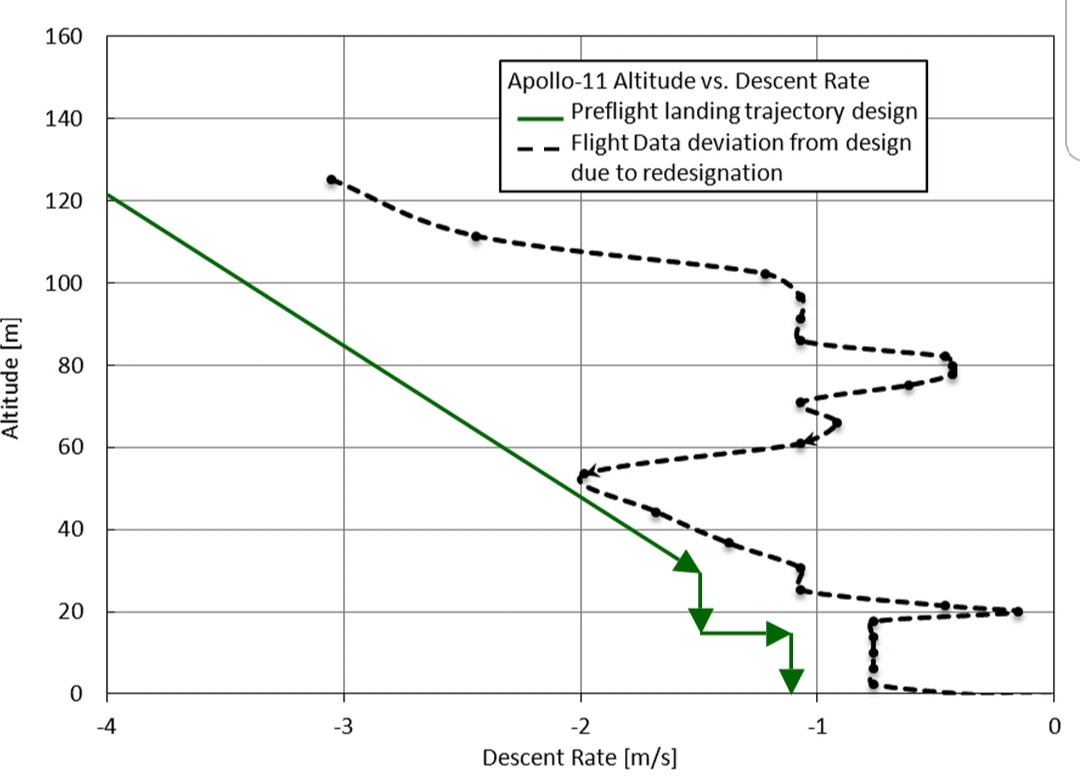 The plot is claimed to be reconstructed using flight data from the following Apollo-11 report:

There are references to two other similar reports in the article: which presumably would contain similar rate of descent data for (see update below)

Whilst having some interesting data on accuracies of PGNCS and AGS and even things like RCS fuel consumption vs burn time plots during P63, P64 and P66 programs, there's not much information on the topic of this question, other than mentioning of single figures for the altitude and altitude rates at the time the P66 program was initiated:

25
How did Apollo-12 manage to land next to Surveyor-3? First "Space-Tourists"?
12
Did the Apollo lunar module descent stage have a role as a sort of service module?
20
What happened to Apollo 13 LM descent stage?
16
Are there photos of the Apollo LM showing disturbed lunar soil resulting from descent engine exhaust?
11
How did Conrad let Bean drive Apollo 12? Did anyone get in trouble?
8
Source for Apollo 11 descent time series data?
7
Did the Apollo LM's cockpit altitude displays account for the pointing angle of the radar altimeter?
3
Did the Apollo Command module really "skip" within, or off of the atmosphere as a part of its reentry program?