Are there any close-up photos of the screens used in the MOCR2 from the Apollo era where text features can be distinguished?

The question is mostly about the fonts used in those screens. AFAIK, the images were slides superimposed with data generated by computers that was captured from CRTs by cameras and piped into the MOCR as analog video to be displayed in the slow-scan screens. Terminals such as the IBM 2250 and 2260 were used in the mid-to-late 60's, with vector and raster displays respectively, but I couldn't find information on them being used at NASA's mission control, even though there were multiple IBM 360's in operation there. 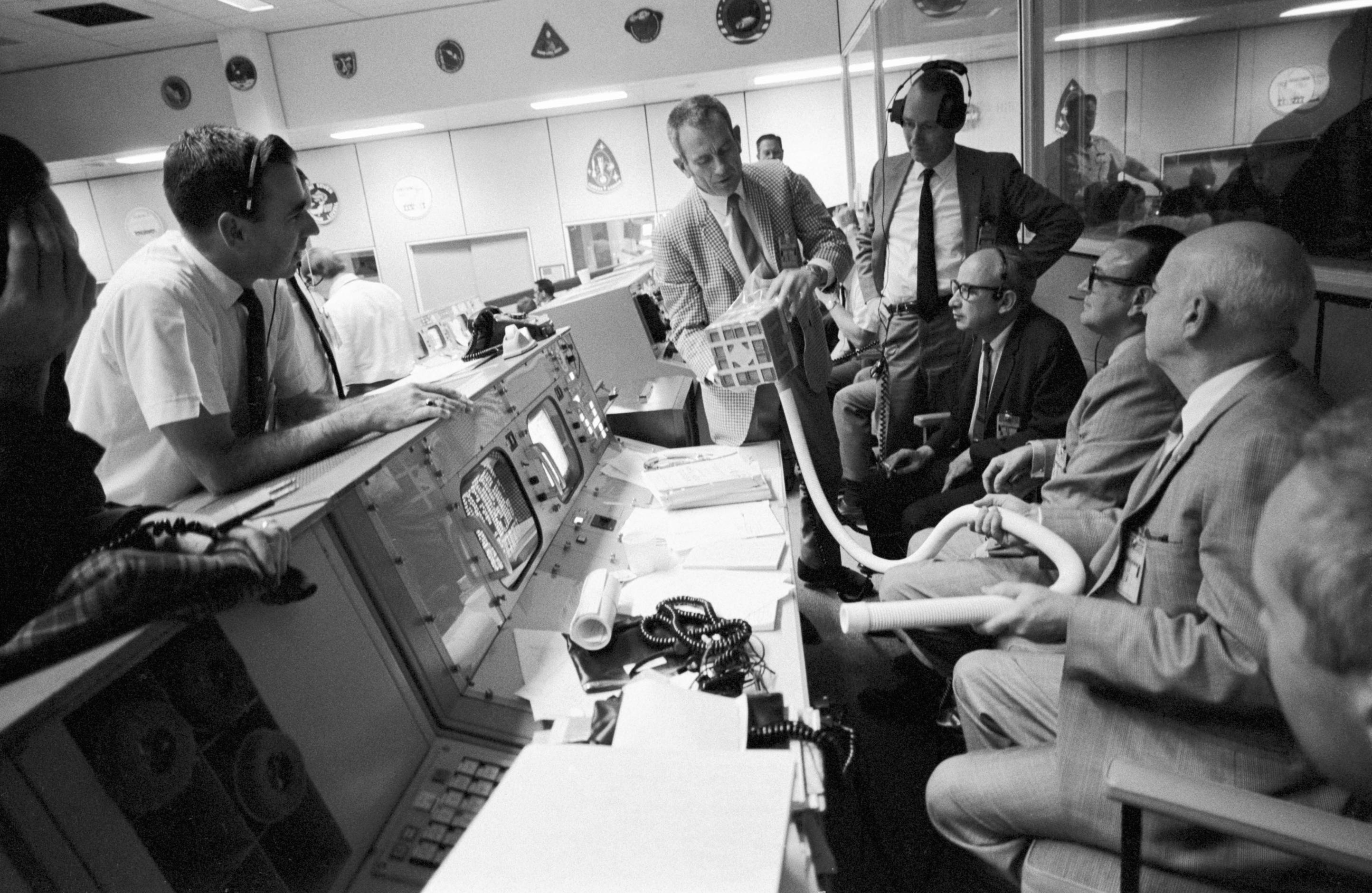 The image above show what seems like 24 lines of text, which would be expected from the early CRT terminals of the time.

Other images (below) however, show what appears to be a much higher text density: 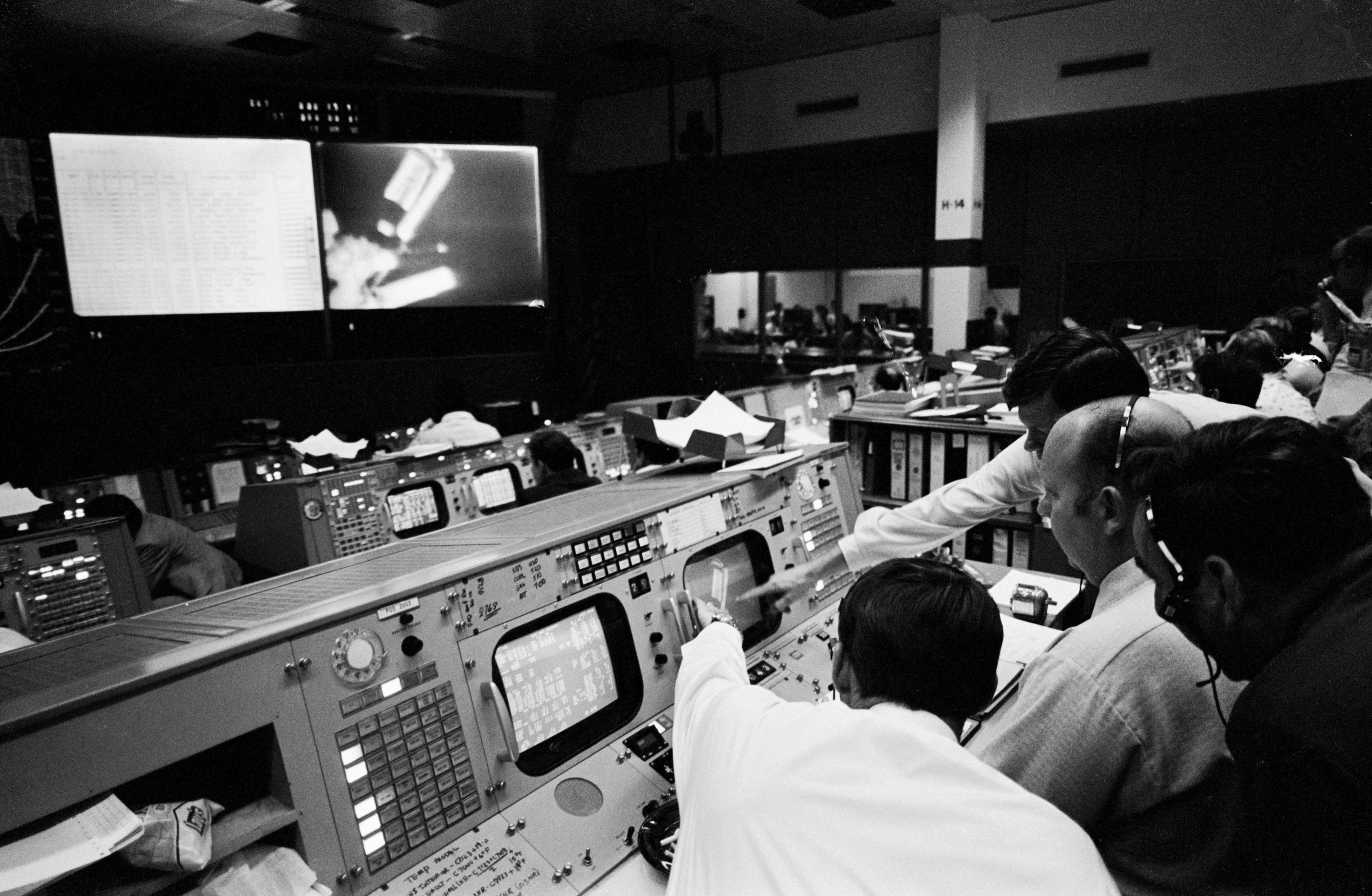 None of these images show the characters with enough resolution to distinguish any typographic features, nor they show the text overlays used for labels. Having such close-ups or documentation would be extremely valuable from a historic point-of-view.

A different one, from another source (MIT Science Reporter — "Landing on the Moon" (1966), 26m06s into the film), shows clearly the artifacts of a high-refresh vector display (brighter points where the beam slows down, some irregularity due to analog response of beam deflection), but it's from earlier stages of the Apollo program and not from the MOCR: 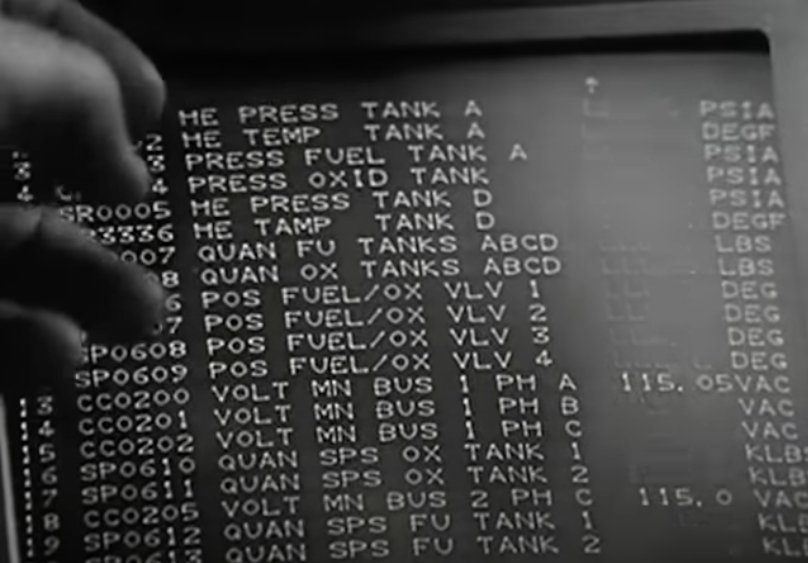 The National Archives website has the stock footage for the NASA documentary "This is Mission Control". In the footage they show closeup shots of several screen in the MOCR and the staff support rooms. The footage is from October 1970, so it's probably safe to assume the screens show data for an Apollo 14 simulation run. Here are two examples from it. 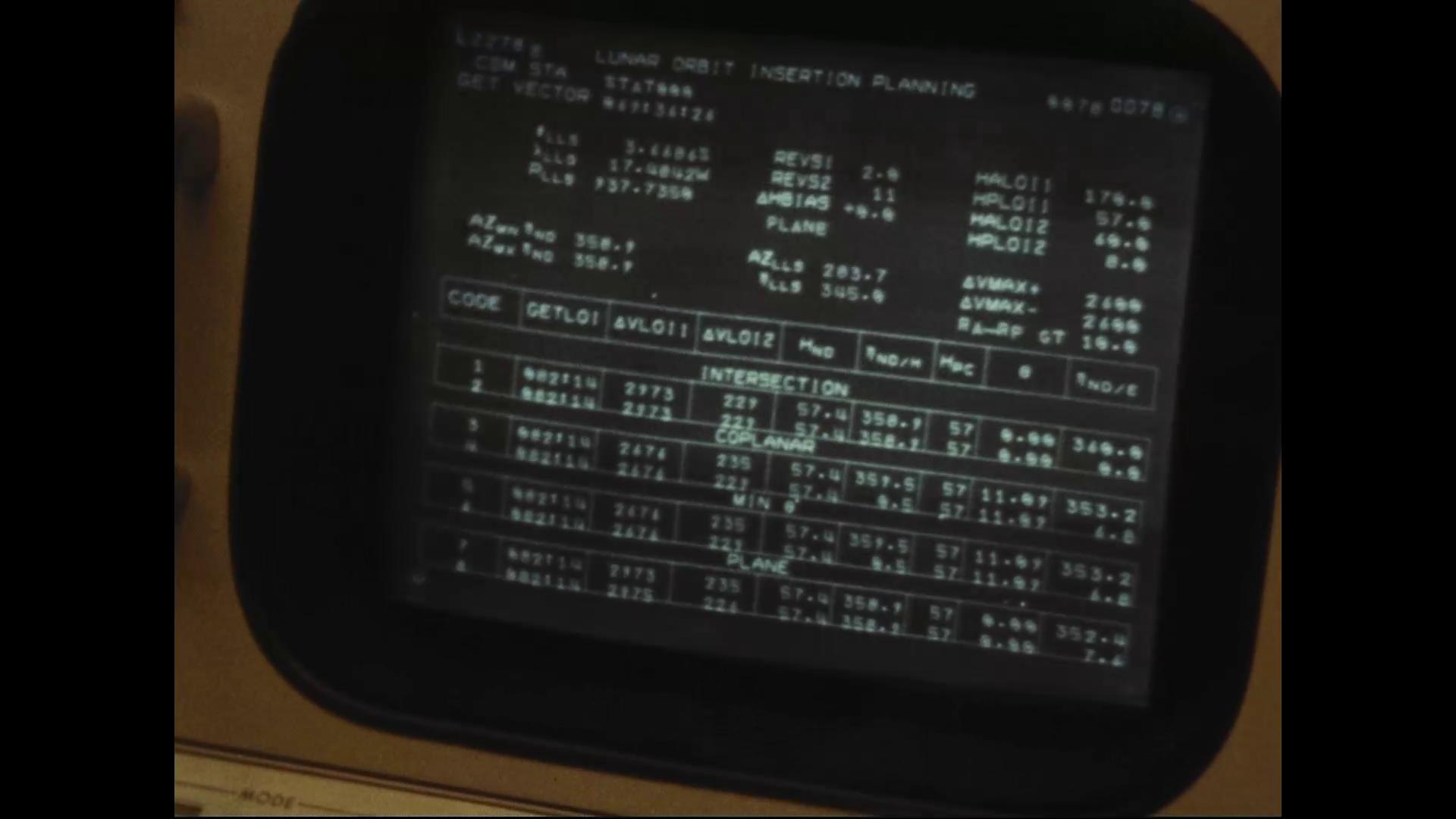 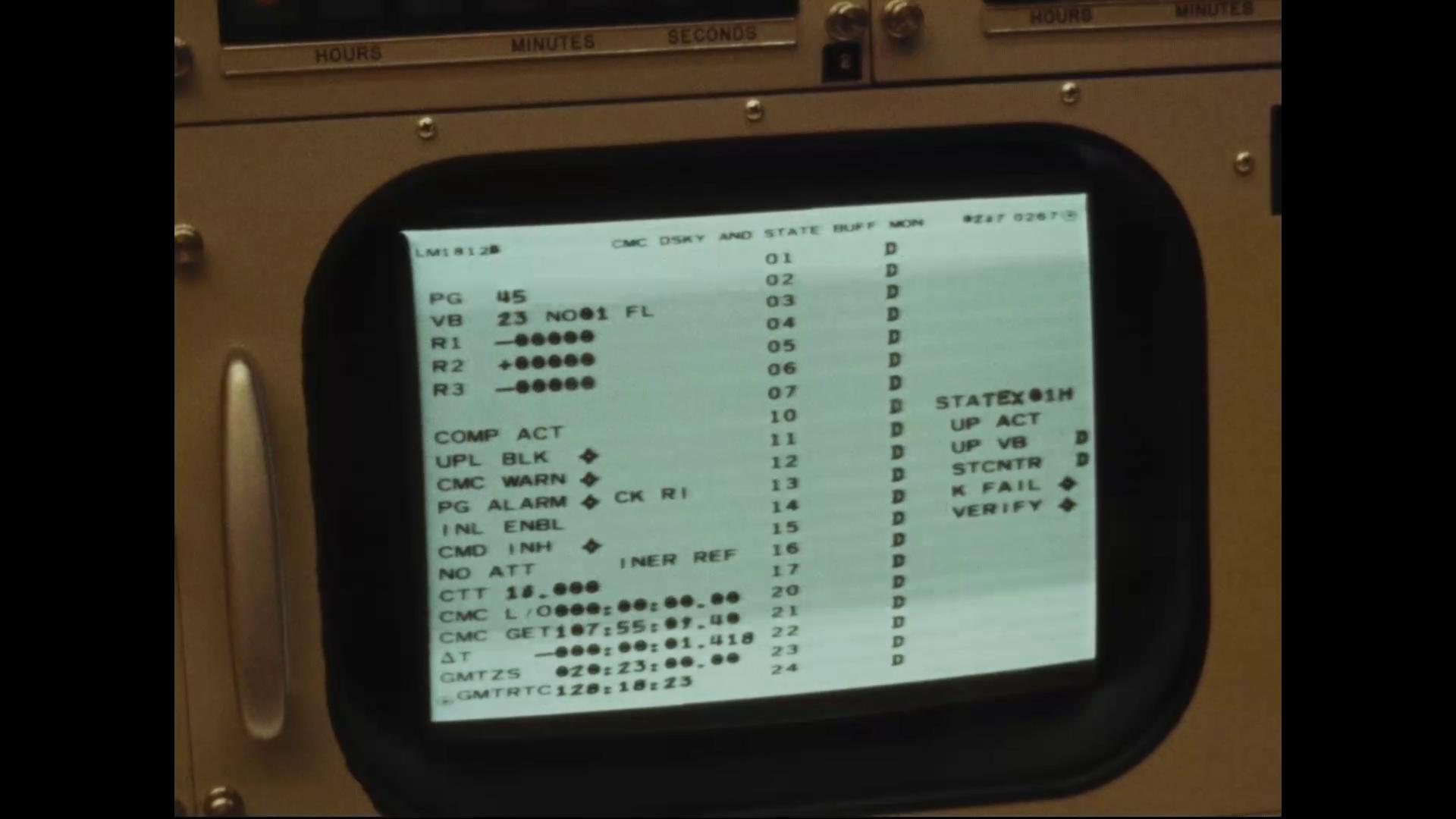 Often they would just pan the camera along the rows of screens in the MOCR, so you can't decipher everything on the screens which is a bit unfortunate. But you can find more by looking through the footage on the NARA catalog website: https://catalog.archives.gov/search?q=this%20is%20mission%20control&f.fileFormat=video%2Fmp4

These are the best I've seen. They are from the recent restoration of the Apollo MOCR but are accurate AFAIK. 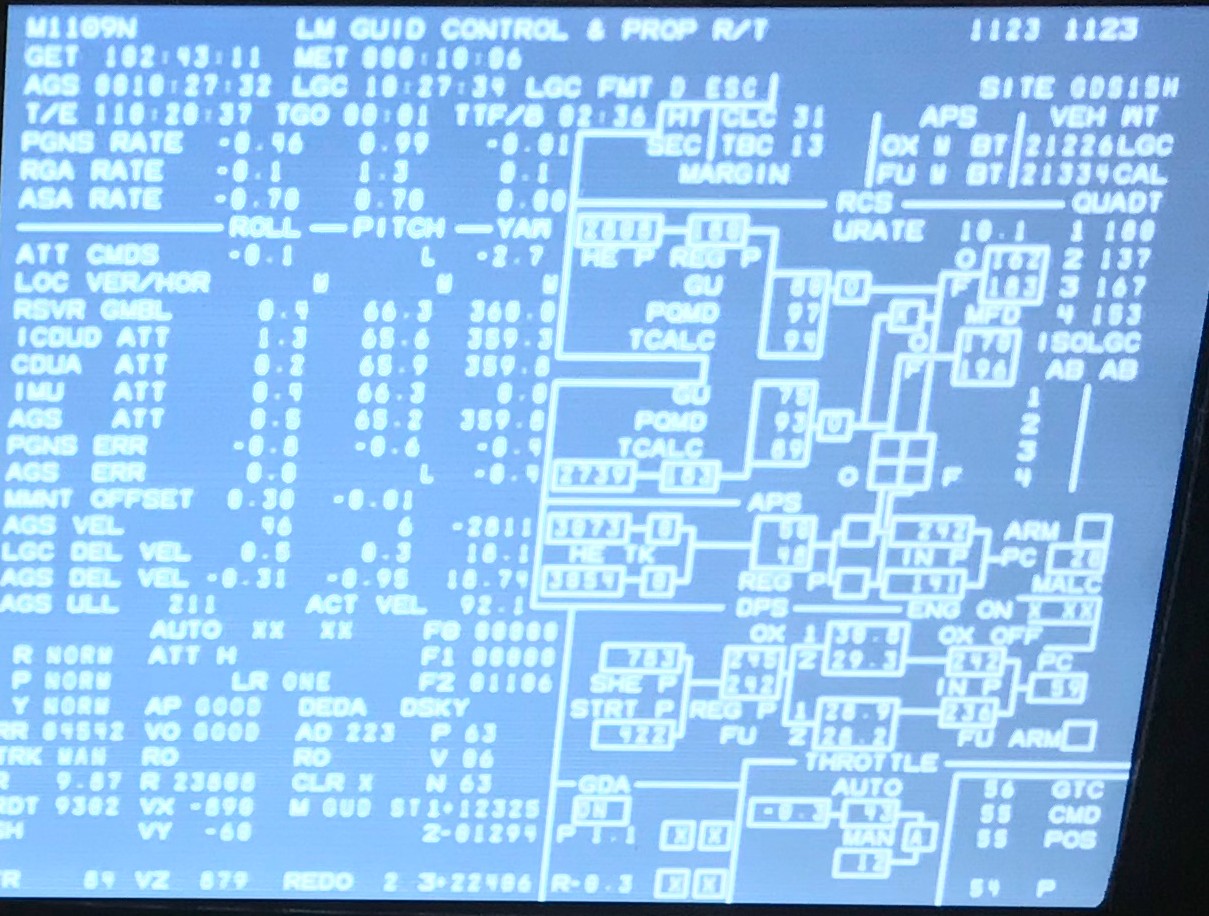 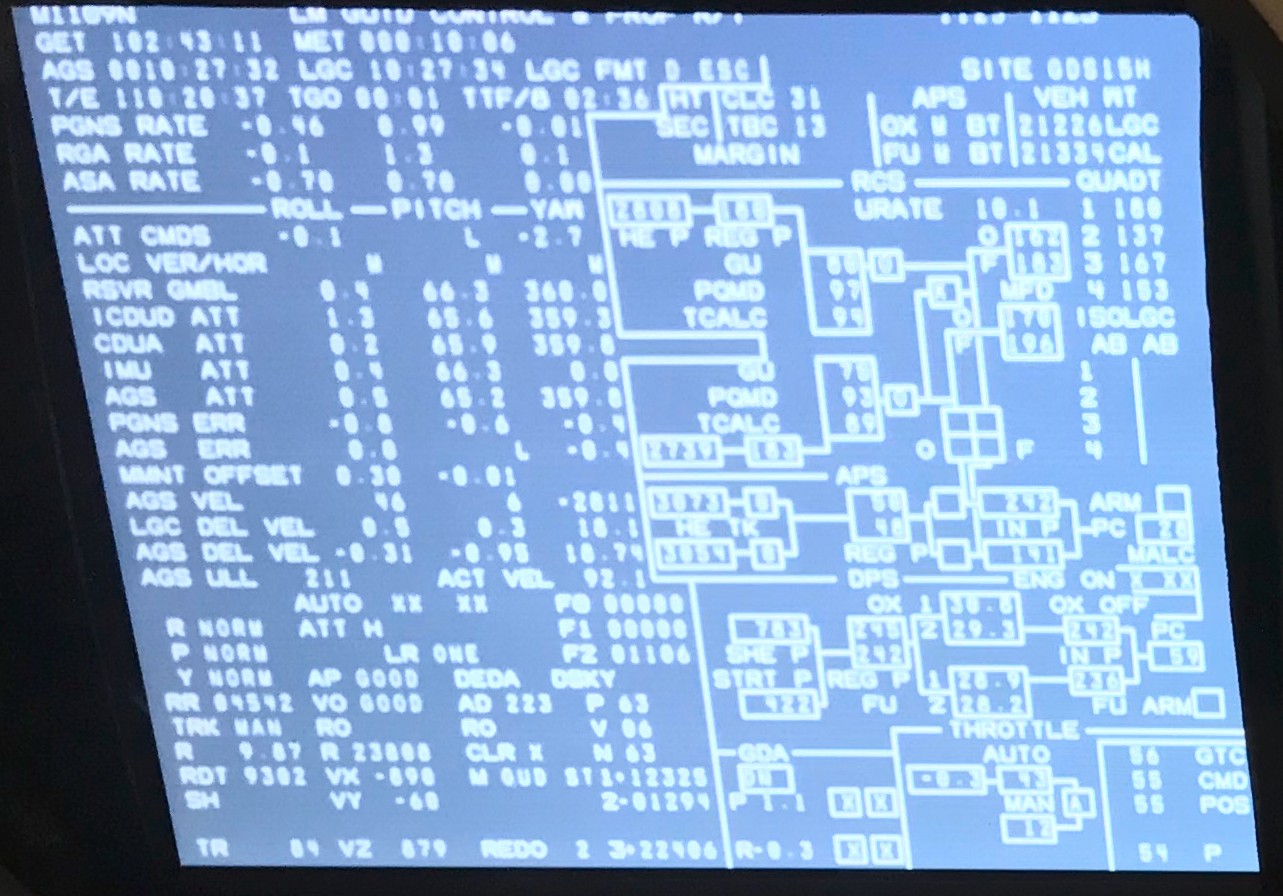 I ran across a document that might be of use. It's basically the handbook for creating MCC displays of that era. It contains a great deal of in-depth info and some sample displays. 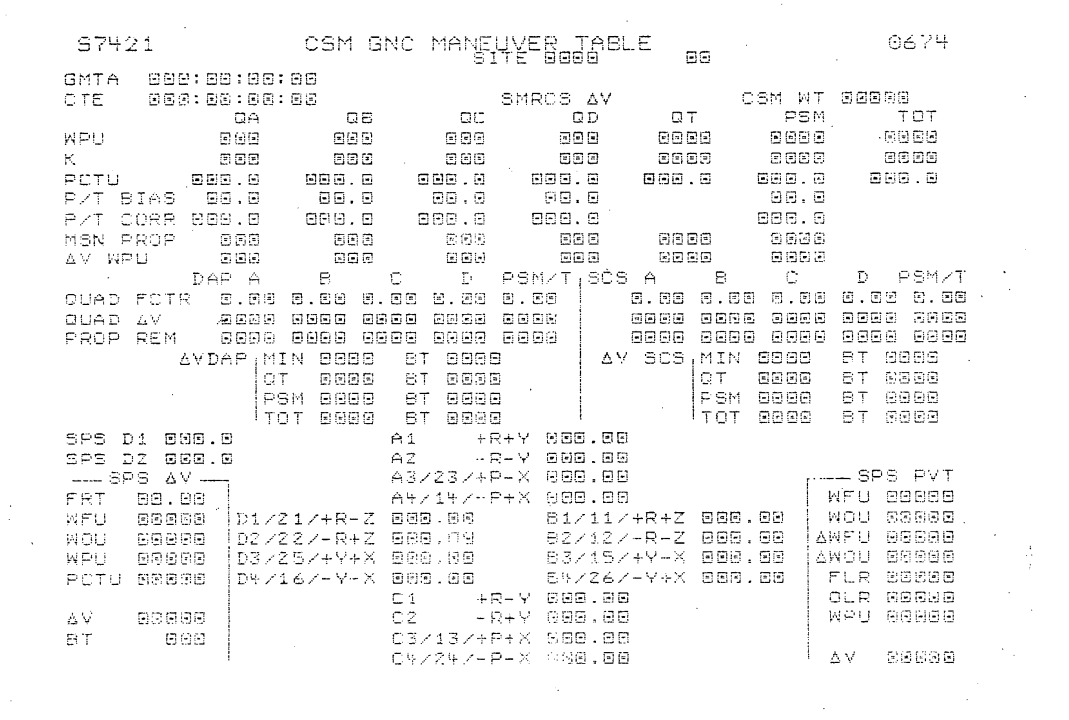 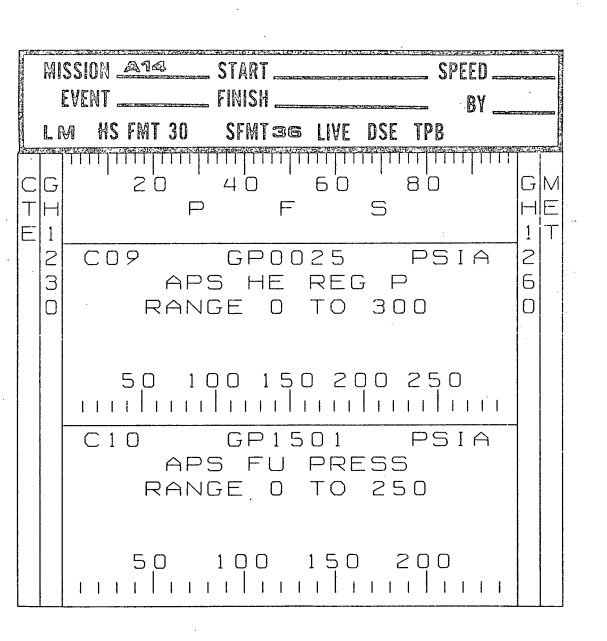 The document is the Philco-Ford Display Formats Manual.

Not the answer you're looking for? Browse other questions tagged nasa apollo-program computer or ask your own question.

14
Were the consoles in mission control computers or terminals for displaying information?

18
Are there any videos of onboard the Apollo Lunar Module while landed on the Moon?
1
Should there be black crosses from the Réseau plate in this Apollo mission photograph? If so, where are they?
13
Where are the Apollo forward heat shields currently located?
3
What kind of camera was used to produce this Apollo-era footage of the Earth?
7
Were there any mission goals for the Apollo 18, 19, 20 flights?
16
Are there photos of the Apollo LM showing disturbed lunar soil resulting from descent engine exhaust?
2
Are there any preliminary results from Mars lander InSight's RISE antennas?
9
What are beta cloth and beta marquisette, materials used in Apollo-era space suits?
5
Are there any markings that uniquely identify each Saturn-Apollo combination?