How are coatings like Vantablack and Aeroglaze Z306 used on spacecraft components? Exactly what functionalities do they provide?

"It's not a case of just picking any old paint," said Ben Jensen the CTO of Surrey Nanosystems, the company which patented the extremely dark coating Vantablack, which has been used on spacecraft and has been in orbit since 2015.

Coatings like Vantablack or the industry-standard Aeroglaze Z306 are accessible to companies like SpaceX but are normally only used to paint components of spacecraft rather than the whole thing.

Question: How are coatings like Vantablack and Aeroglaze Z306 used on spacecraft components? Exactly what functionalities do they provide? 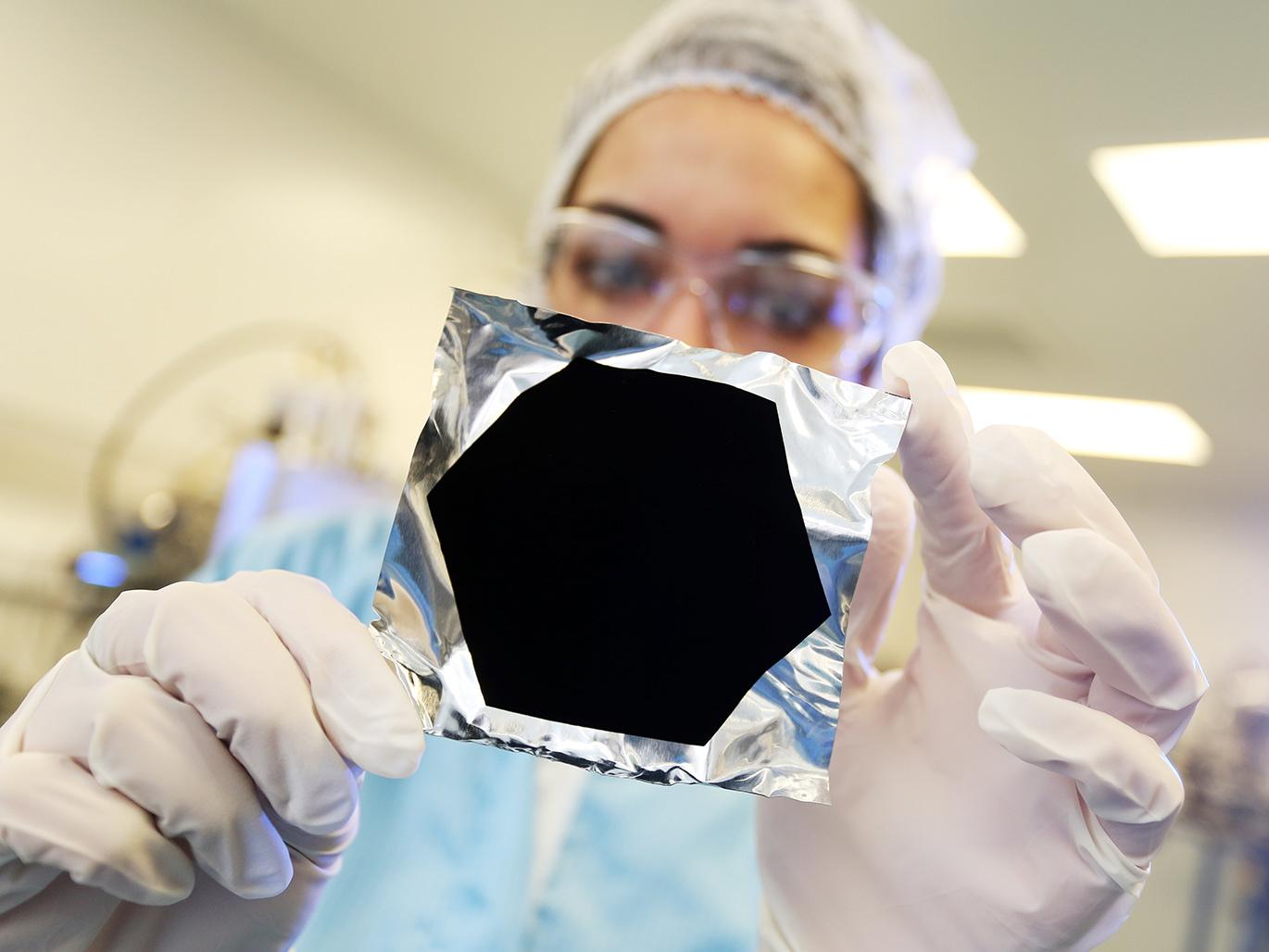 Vantablack applied to a piece of creased foil. Surrey NanoSystems

Vantablack minimizes internal reflections in optical systems such as star trackers, to let them work even when almost pointing at bright things like the sun or moon.

A trade journal quotes the manufacturer:

“The Vantablack coating was originally developed to improve the efficiency of optical systems in space, and this BST satellite project gives us a very early opportunity to prove its performance,” says Ben Jensen, chief technology officer of Surrey NanoSystems.

Aeroglaze Z306, besides being flat black like Vantablack, is also described by the manufacturer as an anti-erosion coating. It's a polyurethane, which is well known for this property, although this product is moisture cured rather than thermoset. (Presumably abrasion resistance is more important for aviation than for space.)

Aeroglaze 306 is used extensively as a thermal control coating on spacecraft components. It's a nice high emissivity flat black that has a lot of heritage on both internal and external parts of the spacecraft. It has good handling properties (adhesion, light wear/scuff resistance, doesn't pick up a lot of volatiles from the atmosphere like moisture). While there is some weathering that might occur over time due to UV and atomic oxygen, the LDEF experiment LDEF Paper showed generally stable properties for this material.

As a high emissivity coating, it's excellent for radiating heat energy away from a part, or absorbing heat and solar energy. Often it's used as a radiating surface on the exterior to reject heat to deep space if that section is normally shadowed. Internally, it can be used to coat various boxes and surfaces to radiatively couple components together thereby evening out minimum and maximum temperatures.

Z306 has also been used to reduce light reflections on components that are adjacent to sensitive optics, but often the most sensitive optics need even higher performance and assurance that debris won't be generated. In these instances one used to rely on black anodization, but the new Vantablack coating may be a good candidate for these applications.

But, getting back to the referenced article, these coatings would only address part of the problem, removing specular reflections of sunlight from metallic portions of the spacecraft. In practice, white paint is a better thermal coating to use for this because it won't heat up as much in sunlight. Lord Industries also made A276 white paint for this purpose. A diffuse paint will not be bright enough to bother earth bound telescopes too badly, even if it's white. What really causes problems is the glint off the solar arrays. The cover glass in particular can create a very bright glint at certain angles. And of course, you can't paint that part black or you won't get any power. Anti-reflective coatings are a start, but they're not broad spectrum so they're not super effective. Other solutions like making the outer surface less smooth tend to cut into the power production as well since they scatter more of the incoming light instead of passing it through. So there may only be minor improvements that are possible without affecting performance.

Not the answer you're looking for? Browse other questions tagged thermal thermal-control manufacturing or ask your own question.

4
What do the insulation and meteorite protection layers being opened on the Soyuz MS-09 spacecraft look like?
23
Why are there four RTGs in a row sitting in this room? What are they waiting for? Were they built together and stored for separate launches?