Why is a stick required to operate Soyuz's computer?

In this screenshot from the recent Soyuz TMA-12M launch, a crewmember is seen using a stick to enter commands into the computer: 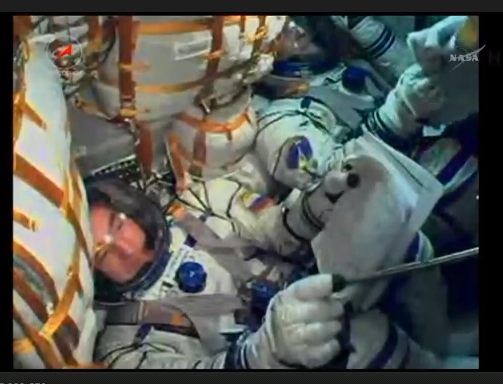 Is this stick standard, taken on all Soyuz flights? Also, why aren't the input devices moved such that they can be used without a pointer?

It's really hard to answer this without complicating about how Soyuz spacecraft designers obviously didn't. Or crack a joke or two. It's a cramped little space vehicle and that space between the three crew, the seats they occupy and the control panels is pretty much all the space they have to crawl into it and later out of it.

Moving the panels closer would simply leave too little space with all the gear surrounding them, the hatch wouldn't open all the way down, and a stick to push buttons happens to be good enough for the job. Here's how the Soyuz capsule looks from inside: 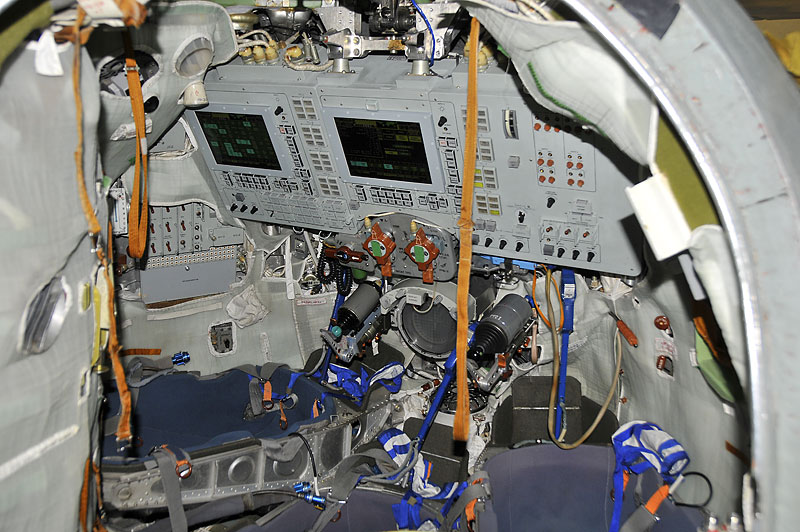 Yes, that's all the space there is. Actually, even less, as I don't see the backup parachutes and a few other pieces of equipment. Because it's from a training vehicle / simulator. OK, let me try once more: 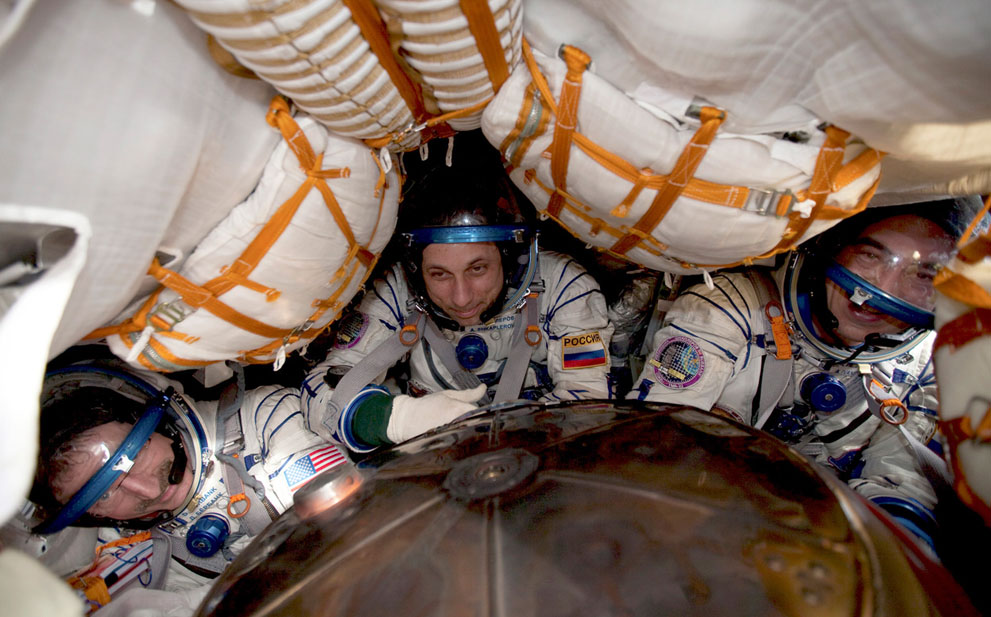 Comfy! And this is how "big" it looks from the outside on landing: 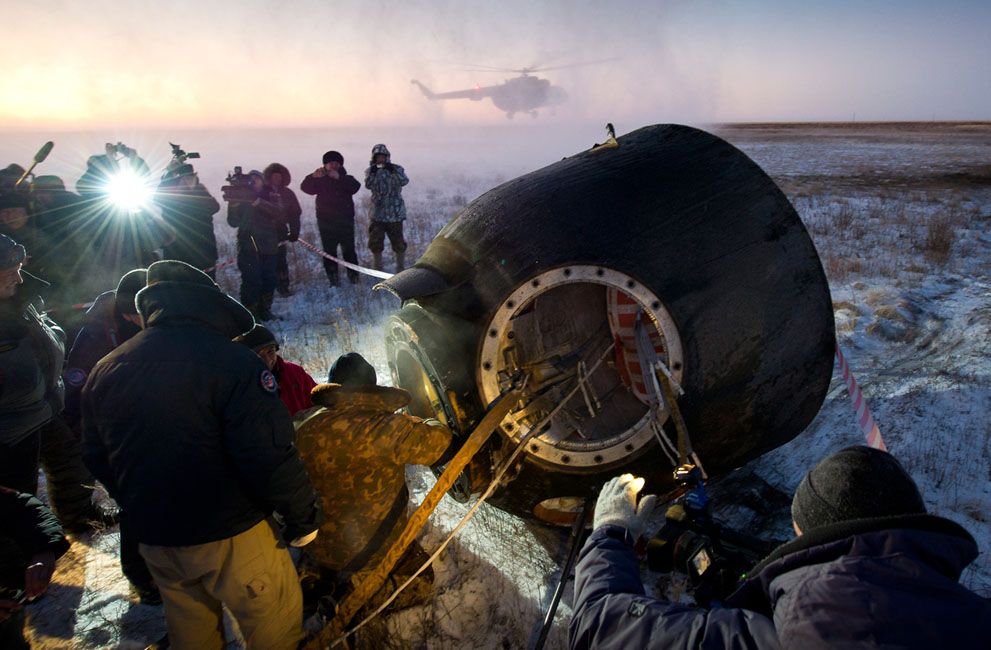 Russian support personnel work to help get Expedition 29 crew members out of the Soyuz TMA-02M spacecraft shortly after the
capsule landed on November 22, 2011. (AP Photo/NASA/Bill Ingalls)

That wide open compartment on the capsule on the last photograph is where the drogues and main parachutes are stored, and is not where the crew comes out of. The orange thing with white stripes inside is an inflated "airbag" that pushes the chutes out. And there are three astronauts / cosmonauts inside, and ...

So the "stick" it is. And a small furry toy mission mascot that the spacecraft commander usually receives from his / her daughter / son / other family member, hangs it in that little free space left and in front of the onboard crew camera to double as a "weightlessness indicator".

Not wanting to leave you completely empty-handed and dismissing your question with "that's how it is", here's a nice blog post that I found searching for these photographs above: How To Fly A Soyuz Space Capsule.

Here is a nice video, showing where the crew sit, and why a stick is a useful extension tool. Inside a Soyuz capsule

Not the answer you're looking for? Browse other questions tagged launch soyuz-spacecraft flight-computer or ask your own question.

19
Why do Soyuz landings seem to be overshot?
13
How do the Soyuz flight control sticks operate?
9
What does Soyuz's button-pushing "fancy stick" look like? Are there others?
14
Can Soyuz spacecraft operate without the orbital module?
22
What are the reasons Soyuz's lifespan in orbit is limited?
8
Why is Soyuz's third stage's engine cutoff the most intense?
8
How much of the printed materials (manuals, instructions etc.) were allocated for the crew's use in Space Shuttles?
5
Why does the ISS occasionally operate with just 3 crew members?
27
Why would such a powerful computer (or a computer at all) be needed to go to the Moon?