Some time after Transposition, Docking, and Extraction maneuver (when coasting to the Moon) or after Trans Earth Injection (when coasting back from the Moon), the spacecraft's (CSM) guidance platform is aligned to PTC (Passive Thermal Control) REFSMMAT (Reference to Stable Member Matrix).

Apollo 15 Flight Journal Day1/part4 explains the positioning of the guidance platform axes for the PTC REFSMMAT:

[When aligned per the PTC REFSMMAT, the platform's X-axis is aligned along the ecliptic plane, perpendicular to the line between Earth and Moon at the time of Trans-Earth Injection (TEI). Its Z-axis is aligned perpendicular to the ecliptic plane, directed southward. The Y-axis is therefore directed towards Earth. This alignment is used for all translunar and trans-Earth coast maneuvers and is used as the reference for easy alignment of the PTC (Passive Thermal Control) maneuver. Note that the axes shown do not represent the orientation of the spacecraft during PTC, only that of the platform.] 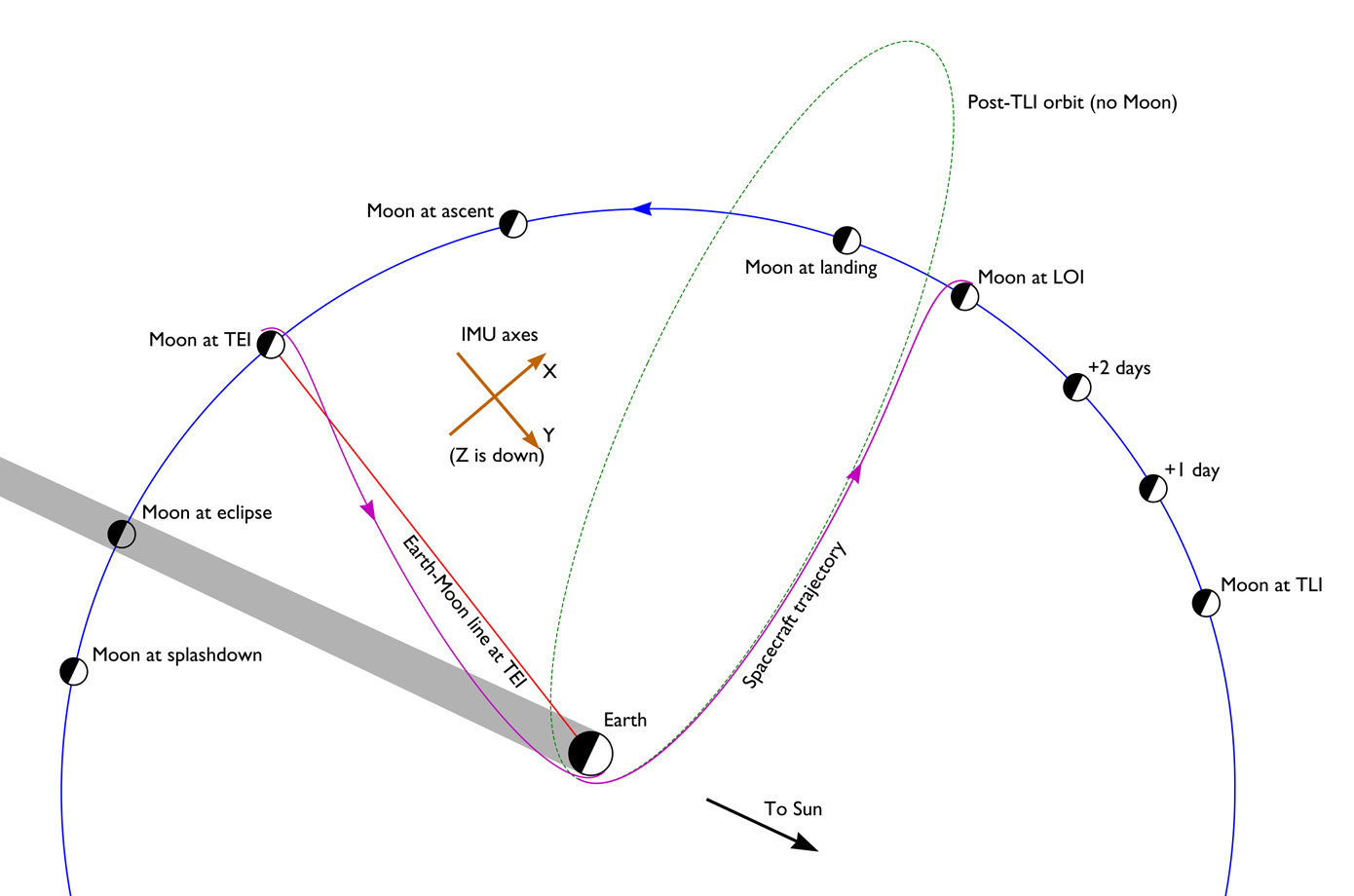 And describes the location of the x-axis of the CSM itself:

So, the x(roll), y(pitch) and z(yaw) axes of the spacecraft look pretty much the same as they are for a plane: 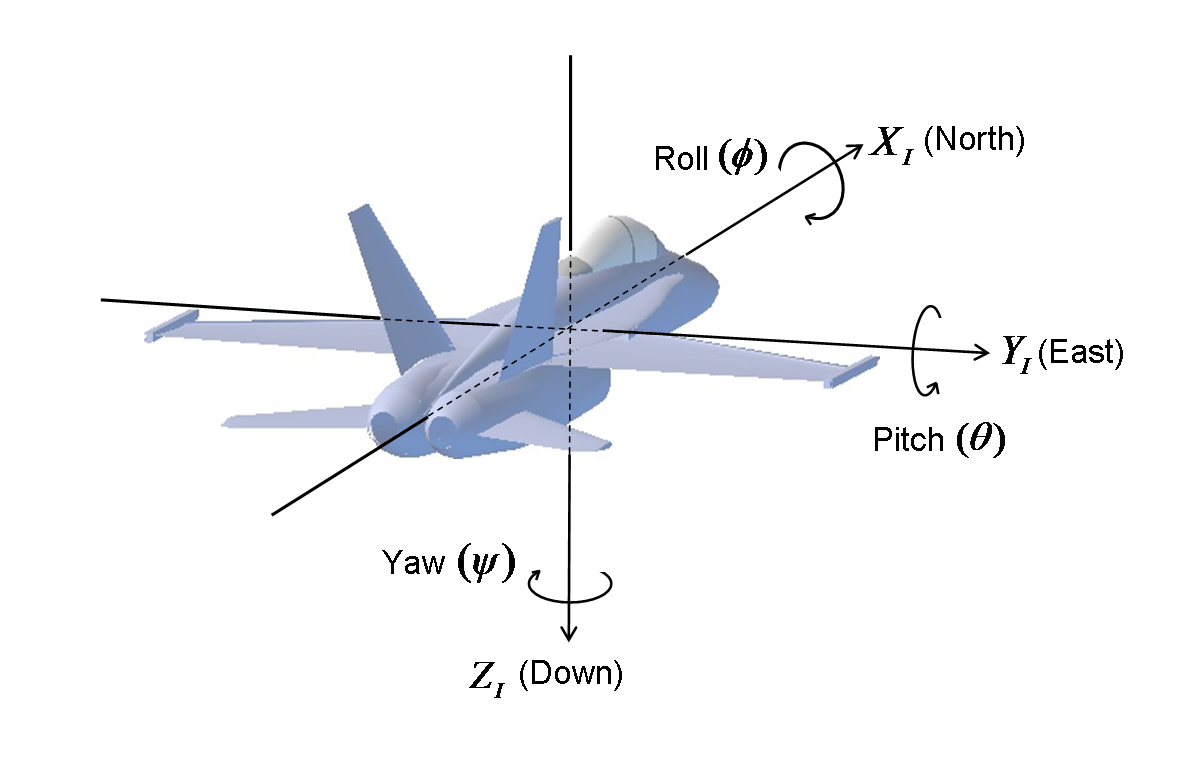 Picture is borrowed from here.

After aligning the platform to PTC REFSMMAT, in order to get the spacecraft into PTC attitude, the Flight Plan specifies Pitch 90°, Yaw 0° maneuver:

It was all perfectly clear till this point.

After Al has maneuvered the spacecraft to the PTC attitude, he must ensure that all discernible motions have died down before he initiates the roll maneuver, otherwise the roll will have an element of unwanted wobble, or coning, which will have to be taken out by starting over.]

So, the question is: With relation to what coordinate system the "Roll" (the actual "barbeque roll") is performed?

The CSM x-axis is now collinear with IMU z-axis (perpendicular to ecliptic plane), therefore (assuming they are still in PTC REFSMMAT) revolving around CSM x-axis would technically be a Yaw according to the PTC REFSMMAT coordinate system.

It seems that like if they introduced a new (temporary) coordinate system, which coincided with CSM coordinate system after pitching 90° to get into the PTC attitude, and before starting the actual "barbeque roll".

031:15:02 Collins: Okay. Well, for this TV program coming up in a couple of hours, you might give some thought to how you want us to stop PTC...

032:27:01 Collins: Charlie, Apollo 11. I have a couple of questions on stopping the PTC. It seems to me the easiest way to stop it would be - we're essentially, of course, at 0 degrees yaw and close enough to 90 degrees pitch, so it's just a question of stopping at 260 roll, roughly...

Again, assuming same positioning of PTC REFSMMAT axes as was described for Apollo-15 above, with relation to the PTC REFSMMAT, this attitude doesn't make much sense. It makes sense only if the "roll" is meant to be around CSM x-axis (located perpendicular to ecliptic), and not around the PTC REFSMMAT x -axis.

The order in which rotations are applied matters.

The reference frame for roll, pitch, and yaw is itself transformed with each successive rotation.

This means the roll, pitch, and yaw axes always point in the same directions relative to the spacecraft. If you roll a little, the pitch and yaw axes roll too. If you pitch a little. The yaw axis pitches too.

Not the answer you're looking for? Browse other questions tagged apollo-program attitude guidance or ask your own question.

5
How exactly was Apollo CSM attitude changed (from a current one to a new required one)?

14
Does this kill vehicle contains momentum wheels? Watch how it moves!
4
How would the shuttle perform various attitude changes during ascent?
6
ISS attitude yaw pitch roll conventions. Which one to use?
5
How exactly was Apollo CSM attitude changed (from a current one to a new required one)?
1
pitch, yaw and roll
6
Displaying spacecraft attitude from rotation matrix or quaternion?
4
Is the ISS going to yaw and assume the XPOP attitude for Nauka docking?
4
Did the ISS just turn upside-down? Nauka docking attitude maneuvers; did the cupola near pointing zenith and therefore show only black sky w/ stars?