Does the speed of ISS slow down at the time of a spacewalk or does it become stationary?

The International Space Station (ISS) is orbiting at nearly 7.66 km/s. At such high speeds, how do astronauts perform tasks outside the ISS? Or is it all relative like astronauts are having same speed (w.r.t. Earth) inside and outside of ISS which is equal to the orbiting speed of ISS?

Law I: Every body persists in its state of being at rest or of moving uniformly straight forward, except insofar as it is compelled to change its state by force impressed.

In modern mathematical speech, this can be stated more precise.

In an inertial frame of reference, an object either remains at rest or continues to move at a constant velocity, unless acted upon by a force.

For an EVA, atmospheric drag is negligible. When an astronaut leaves the ISS, they do not experience any slowdown due to drag. They just keep their velocity. Since before leaving they were orbiting the earth along with the ISS, they'll orbit along with the ISS after leaving. By pushing against the handles on the outside of the ISS, they can gain momentum and move around on the surface of the station.

And of course, there is the obligatory XKCD (What-If? Orbital Speed) you should definitely read!

Astronauts are in orbit around the Earth, traveling at the same speed as their space ships.

This is true whether they are inside or outside of the space ship.

So if they go outside, they travel along side it without any need to slow down. Of course since they are in circular orbits around the center of the Earth, if they wait 20 minutes they will gently return to the ship because the orbits of the astronaut and the ship will intersect in two places. (for more on that 20 minutes, see How to estimate which astronaut ends up furthest from the ISS after one orbit?)

That's because each orbit is in a different plane that passes through the center of the Earth.

Here are some photos from What is the farthest that a “human satellite” has been from their spacecraft? and some Space Exploration SE favorite videos to help illustrate this 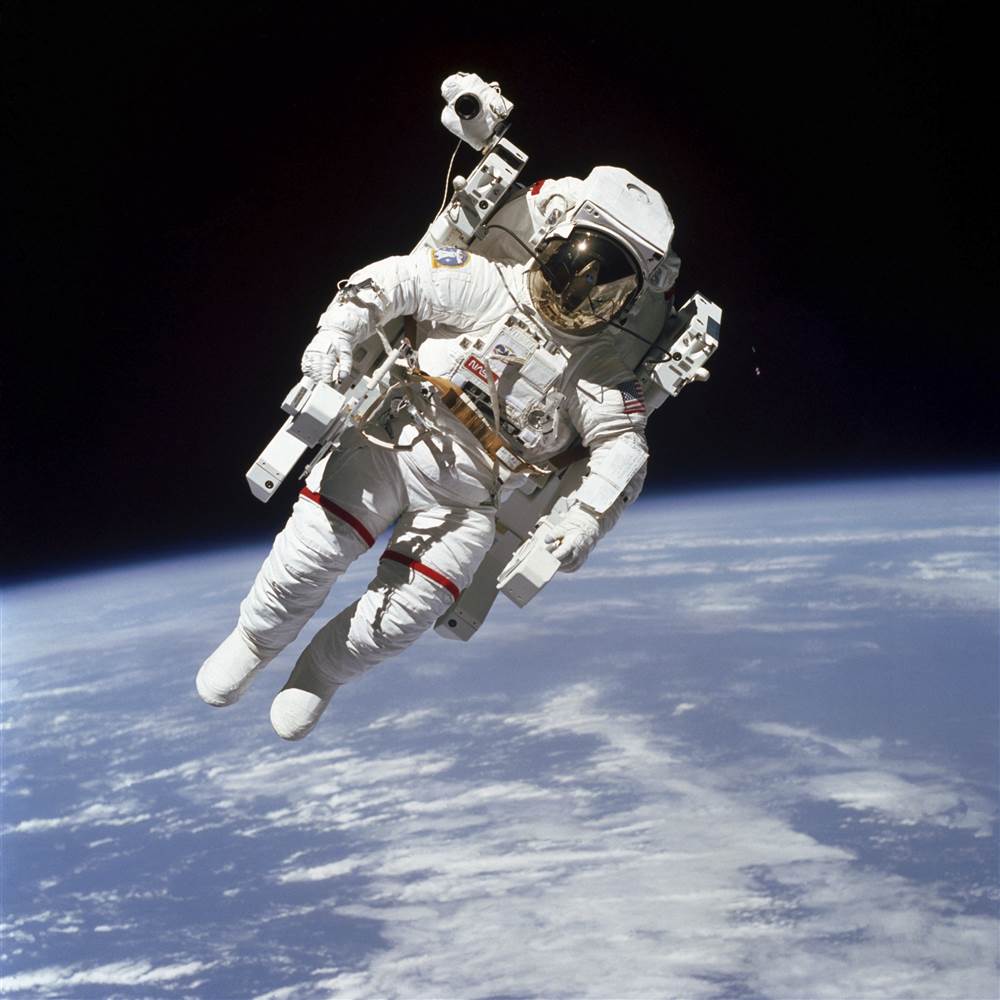 above: "This Feb. 7, 1984 photo made available by NASA shows astronaut Bruce McCandless II participating in a spacewalk a few meters away from the cabin of the Earth-orbiting space shuttle Challenger, using a nitrogen-propelled Manned Maneuvering Unit." Photo: AP. From here 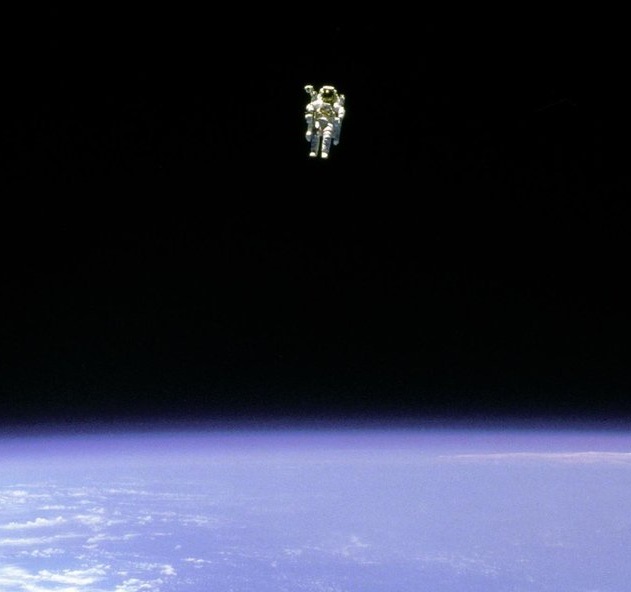 Not the answer you're looking for? Browse other questions tagged crewed-spaceflight astronauts space-station astrodynamics eva or ask your own question.

13
What is the farthest that a "human satellite" has been from their spacecraft?
1
How to estimate which astronaut ends up furthest from the ISS after one orbit?

8
Why did NASA assess 3 separate and over 6 hours long EVAs are needed to replace a single failed Pump Module (S1 PM)?
15
Why do ISS astronauts use lower quality microphones for official radio communication than for PR events?
5
How can space suit gloves be improved?
10
Did Skylab have a fixed orientation?
14
Scott Kelly age vs Twin's
39
What are the most serious injuries that astronauts have suffered while in orbit?
2
How frequently do astronauts revisit ISS?
9
Are there really "Dead End" signs on the outside of the International Space Station?
1
Could astronauts jump from a spaceship onto a spacestation and how would it be like if yes?