How long can Crew Dragon stay at ISS?

It appears that the first manned Crew Dragon flight to ISS may be extended due to there being only one US astronaut there.

NASA is also trying to determine how long Dragon's first crewed mission will take. Initially, the space agency had planned to dock the capsule to the space station for about a week before Hurley and Behnken returned to Earth. Now it wants to extend that mission so the pair of astronauts can do more work on orbit.

Later this spring, after NASA astronauts Jessica Meir and Drew Morgan return to Earth, only Chris Cassidy will remain on board the station. NASA would like to minimize the time Cassidy remains the lone US astronaut on board the orbiting laboratory, so there is discussion of extending Hurley and Behnken's mission to six weeks, or even three months.

Soyuz has a 200-day limit. Is the maximum time on orbit known for Crew Dragon?

The NASA requirement is 210 days. This is based on a nominal 180 day crew rotation. 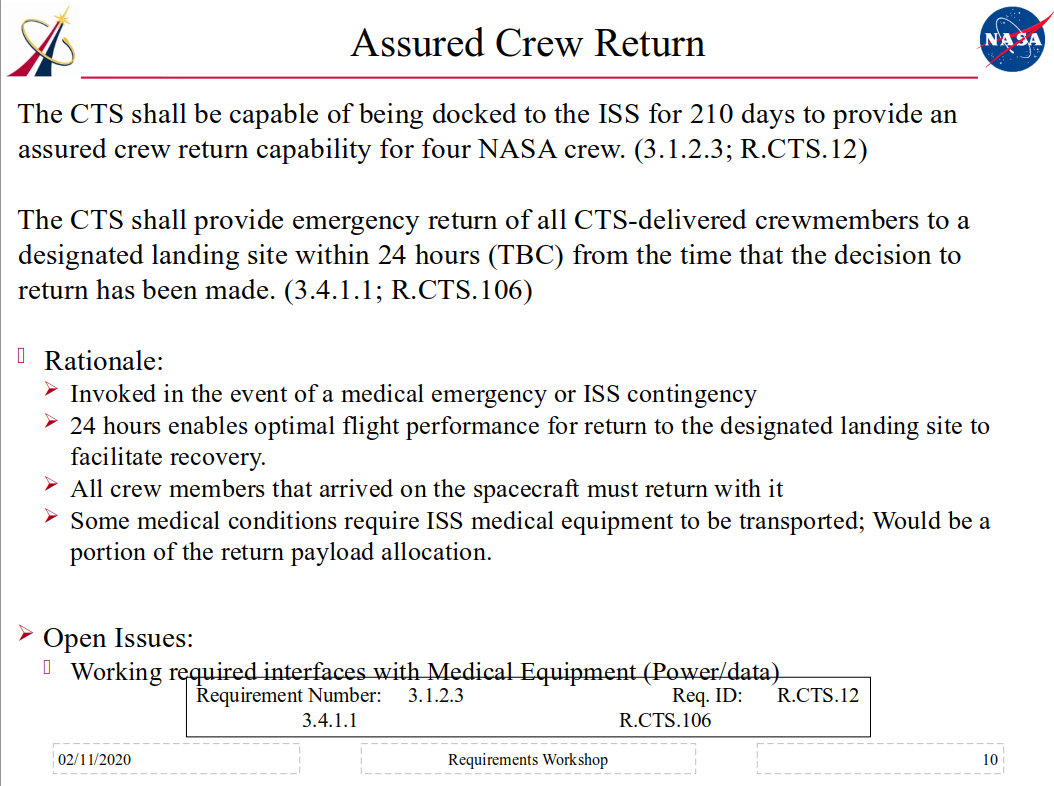 12
What will be NASA Policy on backup ISS docking/berthing ports, once commercial crew is up and running?
27
How many times has there been 13 people inside the ISS and is it hard on the station?
11
What is Astronaut Sunita Williams wearing on their wrist?
11
Plans for ISS crew to enter Crew Dragon?
3
How many "main" batteries does the ISS have? How many are still nickel-hydrogen?
3
What are the "25 bespoke tools (that) had to be developed" to install a new coolant system for the Alpha Magnetic Spectrometer (AMS)?
8
Where will the fourth crew dragon astronaut sleep?
11
Does NASA police urine production by astronauts?