Recently China has released images of the far side of the Moon taken by Chang'e 4 mission's rover Yutu-2. While pictures are really nice and beautiful, I have stumbled to one rover movement feature which seems interesting to me: 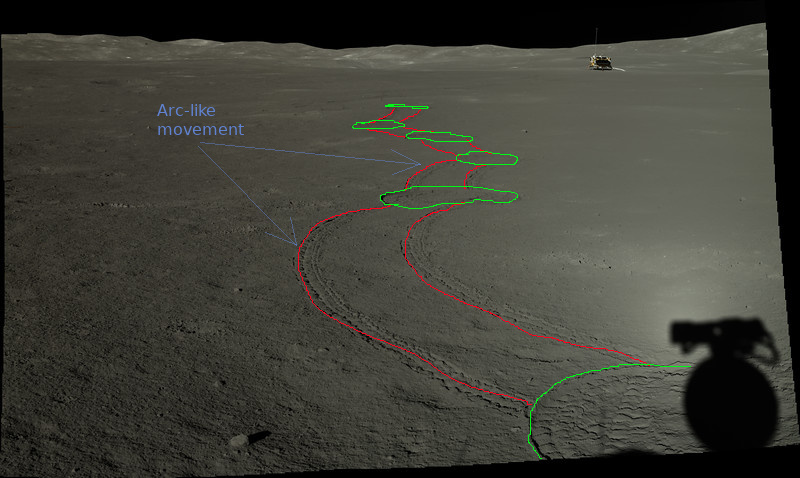 If you look closely, you will see that there are arc-like rover movement paths (painted in red) and also full circles (painted in green color). Now, here comes the question- Why there is such rover curved movement paths with circles instead of just straight-line segments trajectory?

I can only think of a few reasons:

I want to believe that true reason is (3), however given that lunar and cosmic missions are very complex and very prone to accidents, (1) and (2) may be also likely. Is there any more information about this?

I grabbed a couple pix from SkyAndTelescope which may help.
On a macro scale, you can see that the path is chosen to avoid craters and whatnot:

This next one is a better version of what you posted, and again it looks like the tracks are avoiding various craters or small dips in the landscape: 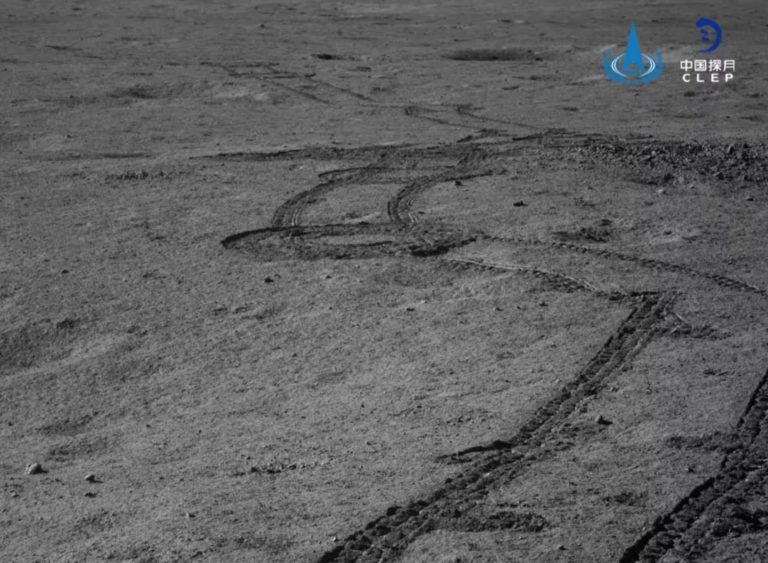 Not the answer you're looking for? Browse other questions tagged the-moon robotic-missions chang-e or ask your own question.

4
Can Chang'e 3 take photos of the stars from the moon
8
Where/how do I view the Chang'e 2 lunar map?
2
Chang'e 4, what is planned during December 12 and January 3?
21
Why did China land a rover on the moon?
3
Were there fruit fly or silkworm eggs in the biosphere of the Chang'e 4 lander?
8
Actual mass of Chang'e 5 samples