If one spacecraft wants to overtake another (e.g. for a rendezvous), it has to (counterintuitively) brake, go into a lower orbit and use the higher angular velocity of that orbit/shorter orbital period.
Now I expected that when I add thrust in the prograde direction, my linear speed would increase, even though this wouldn't lead to my overtaking the target because my higher orbit has a lower angular speed.
How does the prograde thrust not lead to a linear speed increase but to a decrease? I guess all of the energy in the thrust (and more) is converted to potential energy (altitude), but I still don't see how this would work.

(edited in light of the first two answers)

I'm considering orbit phasing between two spacecrafts on the same circular orbit, but not in the same phase.

When you do prograde impulse, your speed (just after the burn) will increase. But at the same time you will change your orbit, because the impulse was the first part of Hohmann transfer. Now your orbit is not circular, but more elliptic. The burn was at periapsis (closer to the planet) of new elliptic orbit, and after flying half of new ellipsis, you will be at apoapsis (greatest distance to planet). At apoapsis your speed will be lower than it was on circular orbit, and it is the reason to say that "prograde thrust .." will decrease speed.

If we are doing classic Hohmann Transfer, we will do one more prograde impulse at apoapsis, to move to higher circular orbit.

But in phasing we will fly another half or ellipsis and do retrograde burn in periapsis to return to original circular orbit. Our phase will be changed comparing to phase of target. By selecting right ellipsis we can tune phases to do rendezvous.

Depending on phase difference, we may different elliptic orbits, sometimes higher, and sometimes lower. 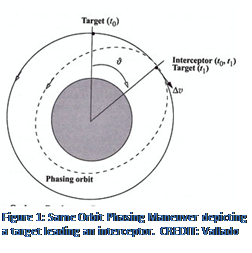 How does the prograde thrust not lead to a linear speed increase but to a decrease?

A prograde thrust does lead to a linear speed increase. Suppose the lagging spacecraft performs a prograde delta-V. The spacecraft that performed the burn will be approaching the other spacecraft immediately after applying the delta-V and for the next half minute or so (assuming low Earth orbit conditions). Orbital mechanics effects will start to make themselves present shortly after applying the delta-V, but these effects will be negligible at first. A About half of a minute after applying that delta-V, the closing speed will have noticeably started to decrease and the active spacecraft will have started to move above the target vehicle's orbit.

There is a faster way to overtake a leading spacecraft than a retrograde burn. Don't do a purely horizontal burn. Do a prograde burn but with a downward component. This will lower perigee. 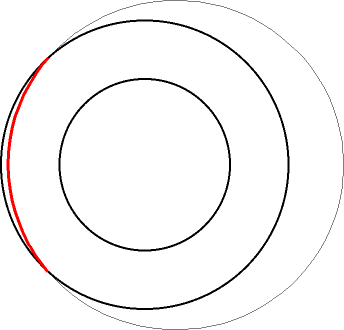 For the red portion of the new orbit, your spacecraft will be deeoer in the gravity well and moving faster. The red arc is also shorter than the circular arc of the original orbit.

Likewise if you're in the lead and you want the ship following you to catch up, you can do a retrograde burn with an up component.

For perfectly circular orbits, the further out you are, the slower your angular and linear velocity, which is why Mercury is moving the fastest.

Where it gets counter-intuitive is the overtake scenario. Consider two objects sharing the same circular orbit. For one to overtake the other, it first decreases its orbital velocity. That transforms its orbit into an ellipse where it is at its maximum orbital altitude (apoapsis). As it proceeds along that orbit its linear and angular velocity increases as its orbital altitude decreases. At its lowest point (periapsis), it could then decrease its velocity further to establish a circular orbit at a lower altitude and higher velocity, or simply continue on its elliptical path until the next apoapsis, at which point it would accelerate to restore its original velocity on the original orbit, but further ahead than it would have been if it had not made any changes.

As you near the central gravitating body, pull of gravity grows stronger and objects fall faster. For circular orbits speed scales with r-(1/2). For example, earth is moving at about 30 km/s about the sun. A circular orbit 4 times as distant would move 15 km/s. 9 times as distant, 10 km/s. 16 times as distant, 7.5 km/s, etc. Gravity wells can be fairly well modeled by those spiral funnels you've probably seen at shopping malls or science museums: 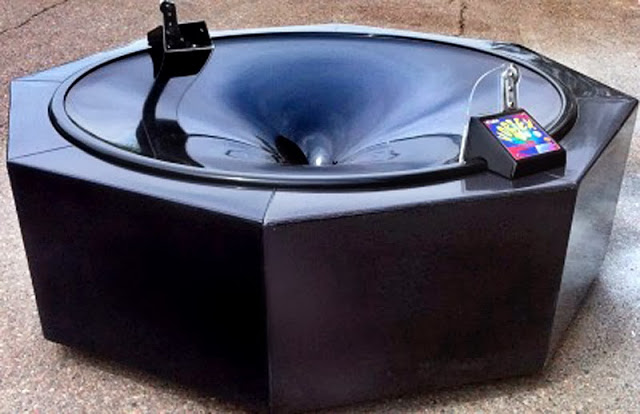 (Michael Hanna of Online Vending gave me permission to use his photo).

Besides distance/time, another sort of velocity is angular velocity measured in radians/time. Where 2π radians is a full circuit. Angular velocity is often denoted with the Greek letter ω (omega). For example ω for a second hand is 2π radians/60 seconds. ω for an minute hand is 2π radians per hour. For orbiting bodies, ω slows even more than distance/time. It scales with r-(3/2). For example a body four times as distance from earth will take 8 years to make a circuit. A body nine times as distant will take 27 years to make a circuit.

Look ar following animation of a Hohmann transfer, it qhows the vehicle's velocity at anytime so its a nice visual answer on the topic starter's question:

The basic physics of circular motion require 2 directions of motion, with vectors of 90 deg. to each other. In orbit, the forward vector is provided by the initial propellant burn that got you into orbit. When you are in a circular orbit, this force is no longer providing acceleration, so you have a steady velocity (see Newton's first law). Gravity is the vector at 90 degrees. It is providing constant acceleration in the direction of the center of mass of the planet. Of course, since this is a stationary point from the perspective of the orbiter, the direction of the pull keeps changing, since they are also moving along the other vector. These two directions of motion are balanced such that the resulting path curves into a circle. Orbits can essentially be considered constantly falling, but moving forward just fast enough that you keep missing the point you are falling towards by a constant amount.

With a pro-grade burn, you are adding acceleration to the forward plane of this two vector system, essentially increasing the forward vector in relation to the downward vector. Since the balance of the vectors has changed, the resulting path will move closer to a straight line the more forward velocity you add. While you will initially move closer to your target because you appear to be moving in the same direction, you are now actually accelerating on both vectors, while your target continues to accelerate on only one. Your paths will quickly diverge, as your increased forward motion moves you in a flatter trajectory, while the other object maintains its curved, circular path.

To get closer to an object while remaining in the same orbit, you would have to increase the gravity acting on you at the same time you are increasing your forward velocity. This could be simulated by adding a thruster to the top of your orbiting vehicle, and applying a downward force as you accelerated forward. However, the vertical thrust would have to remain constant, even after you cut forward acceleration, to simulate the increase in constant gravitic acceleration you would need to remain in that orbit at the higher forward velocity. Most current orbiter vehicles could not carry the amount of fuel necessary for the type of constant burn this would require. Hence the far more fuel efficient use of altered orbits described in the answers above to catch up to another object.

71
When will New Horizons overtake Voyager 1 in distance from the Sun?
19
Does the orbit of the ISS decay?
3
How could Mercury be used as a gravity sling to the outer planets?

13
Why did the rendezvous attempt fail on Gemini 4?
13
How stable are satellites in a graveyard orbit
5
Spiraling out from circular orbit to escape via low thrust, what is γ (gamma)?
3
Low-thrust spiraling to escape, is the flight path angle (gamma) at C3=0 always 39 degrees?
3
Low arrival V-infinity?
4
Question about orbital mechanics and trajectories for a space infrastructure project/climate adaption idea
5
How can a meteor gain energy in an encounter with the Earth even though these answers say it can't?
4
Speed at aphelion is decreasing for Parker Solar Probe with each new orbit despite being closer to the Sun
2
Orbital mechanics from Daniel Suarez's book “Delta-V”