How were video tape recorders adapted to work in orbit in 1962?

Actinoform clouds were first captured by NASA’s Television Infrared Observation Satellite V in 1962, but not much is known about how they form; previously, scientists saw a link between actinoform cloud formation and the use of aerosols, according to the observatory. But in this case, the clouds over Australia were found to be so far from land that it's difficult to point to aerosols as the cause, Garay said.

This refers to the Television Infrared Observation Satellite(s) and that article says:

The satellite itself was stabilized in its orbit by spinning like a gyroscope. When it first separated from the rocket's third stage, it was spinning at about 136 revolutions per minute (rpm). To take unblurred photographs, a de-spin mechanism slowed the satellite down to 12 rpm after the orbit was accomplished.

The camera shutters made possible the series of still pictures which were stored and transmitted back to earth via 2-watt FM transmitters as the satellite approached one of its ground command points. After transmission, the tape was erased or cleaned and readied for more recording.

Question: How were video tape recorders adapted to work in orbit in 1962? What exactly was the tape recording device and format mentioned here? 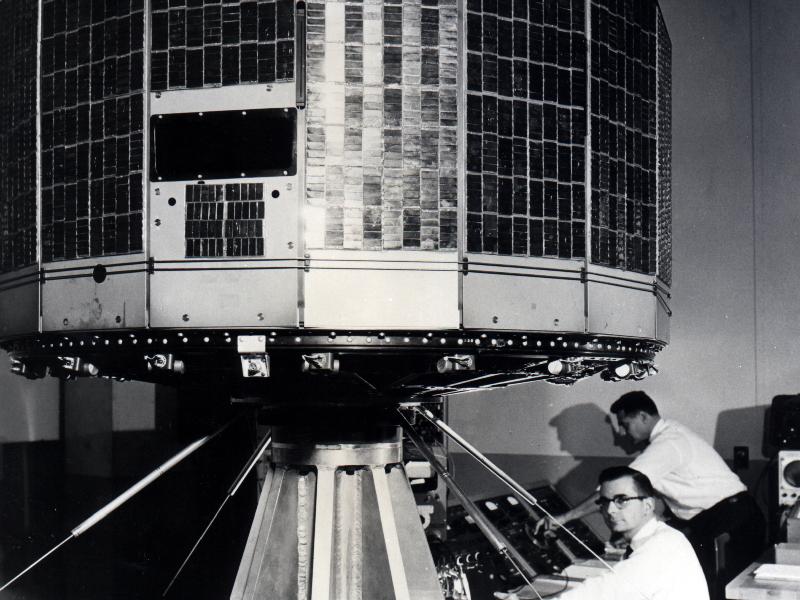 Were there really video tape recorders orbiting the Earth in 1962?

Yes! The first was launched in 1960 only two and a half years after Sputnik-1.

There were video reel-to-reel tape recorders in the 1960's, even for home or educational use in schools, but they did suffer from degradation and occasional tape-eating if the mechanism was not carefully and smoothly actuated. 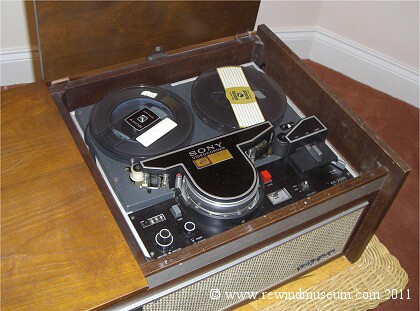 above: "1965. The Sony TCV-2020. The worlds 1st domestic video recorder." One of many examples at rewindmuseum.com's page for Black & White Reel to Reel (open reel) Video Recorders.

The video TIROS-1: The Forecast Revolution Begins and screen shots from it below show the two vidicon cameras and the video tape recorder designed to work in orbit.

April 1, 1960: the world's first experimental weather satellite, TIROS-1, was launched. Within three months, TIROS-1 generated over 23,000 images of earth and its atmosphere, providing an unprecedented perspective from above and revolutionizing weather forecasting. This is an historical overview of TIROS-1 and its legacy and, ultimately, the birth of remote earth observation as we know it today. 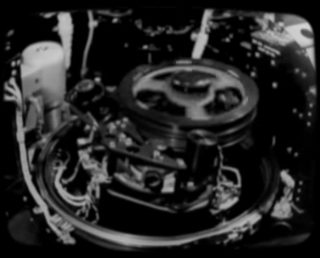 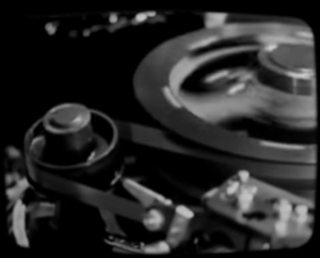 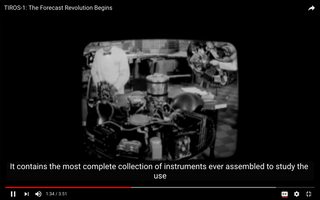 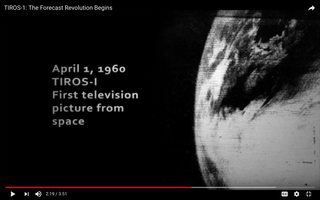 On TIROS1, the wide angle camera used an Elgeet lens and narrow angle camera used a Tegea lens (f1.5 and f 1.8 respectively) and were carried facing through the sides [baseplate], which would take 16 pictures per orbit each 32 to 128 seconds apart. Each camera was connected to an on-board tape recorder, which were able to store up to 48 pictures out of range of the ground stations.

http://centaur.sstl.co.uk/SSHP/mini/mini60s.html (dead link at the moment)

RCA CamdenPioneer in Recording and Communications Systems of the US Space Program:

With the advent of the Space Age, the pioneers of RCA Camden applied their talents and experience in communications and recording systems to produce many important systems for the US space program. 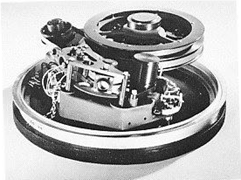 Excerpt from The Age of Computers and Space Exploration (1956-1967) published in "His Masters Voice" in America. "

Video recorders weren't adapted to work in orbit in 1962. Video recorders are characterised by recoding tracks across the tape, typically with helical scan heads, recording line and framing synchronisation information, and audio. Their prime function is to playback the information they record in the same order and rate it was received, although later models have the additional ability to playback at faster, slower and even negative speeds.

TIROS used a linear magnetic tape recorder to store an analogue signal that happened to come from vidicon tubes, taking two seconds to record one image, with a second of nul data before each image, then it played it back (in reverse) to the ground station. further details are available To describe this as being an adapted video recorder is like calling a slide projector an adapted movie projector.

At the time, RCA were playing catch up, being second to market with a (helical scan) video recorder for television broadcasters, and were actively pushing the "television" aspect of the satellites in their advertisements, presumably to create a link in the readers mind between RCA and space-age television technology.

Not the answer you're looking for? Browse other questions tagged history photography earth-observation weather tiros-spacecraft or ask your own question.

16
Why so many STS-61's?
6
Have traditional spinning hard drives ever been used in space outside of pressurized crewed areas? Ever beyond LEO?
4
What is this font used in Apollo / early Shuttle NASA documents? (possibly OT)
2
What routinely happened in the TIROS control center? Was anything controlled there?
0
How did the TIROS video tape recorders record and playback images rather than audio; how were the signals modulated?

6
How were Frenet frames and Gram–Schmidt orthonormalization used in spacecraft orbit calculations?
3
How were polar or retrograde satellites launched in the early 80s?
7
How did skeptics of rocketry think rockets work?
9
How did the star tracker on the Corona (Key Hole) satellite work?
2
What routinely happened in the TIROS control center? Was anything controlled there?
0
How did the TIROS video tape recorders record and playback images rather than audio; how were the signals modulated?
6
Have traditional spinning hard drives ever been used in space outside of pressurized crewed areas? Ever beyond LEO?