I have been investigating this isotope of helium for a while, which is extremely abundant on the moon (and in general in the entire solar system except on planets with atmosphere). It is believed that it could be used as a fusion fuel $(\text{²H} +\text{³He}\to \text{⁴He} + \text{n}, \text{³He} +\text{³He}\to \text{⁴He} + 2\text{n})$ and since it is not radioactive and nothing would be the perfect energy source, but there is very little on earth because the atmosphere "does not let it pass".

It is known that the moon is full of it, but my question is, how do we detect it?

There are many articles that this element could be a source of infinite energy etc. but I have not found published explanations on how presence and concentration could or has be detected.

While China is already planning to do some tests with this element on the moon, there are (as yet) no published concentration maps. 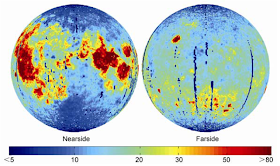 is thorough and excellent!

In short, the 3He flux from the Sun is known and how deep those particles will embed themselves in the regolith surface and the rate of regolith heating, cooling, and overturn by meteorites can all be modeled.

So the methods outlined do not actually detect 3He at all, they just assume that it must be there.

Here I'll address the "could" part of the question

but I have not found published explanations on how presence and concentration could or has be detected.

If I wanted to find direct evidence of 3He on the Moon and try to make a quantitative measurement of it, I would look for ~21 MeV gamma rays produced by thermal neutron capture of 3He.

Table 4.14: Measured values for the thermal neutron capture cross section for the 3H(n, γ) 4He reaction

we can see that this reaction leading to a distinct high-energy gamma ray (or it's detailed-balance inverse) has astrophysical implications and for diagnostics of fusion reactors so has been studied extensively.

The thermal neutron radiative capture cross-section is about 60 micro-barns (yes) which is not big but it's not vanishingly small either.

Water has been successfully(?) prospected on the moon via energetic neutron scattering by protons (hydrogen) but I don't know the thermal neutron flux at the Moon's surface well enough to estimate the gamma ray rate expected in orbit.

Since the coverage is expected to be widespread, it won't be any stronger if you are 1 meter above the Moon than if you were in orbit 100 km above it, for the same reason that a wall doesn't get brighter when you walk towards it. (cf. etendue)

Now, a detector that can capture a 20.6 MeV gamma ray and determine its energy precisely will be a bit of a challenge. A big old NaI scintillator would work, but it would have to be pretty big to contain the full shower produced by such a high energy gamma ray. For this energy one might look into the lower resolution BGO (bismuth germinate) scintillator detectors, smaller because bismuth and germanium have a lot more electrons and higher nuclear charge for shower-stopping, but perhaps just as heavy. 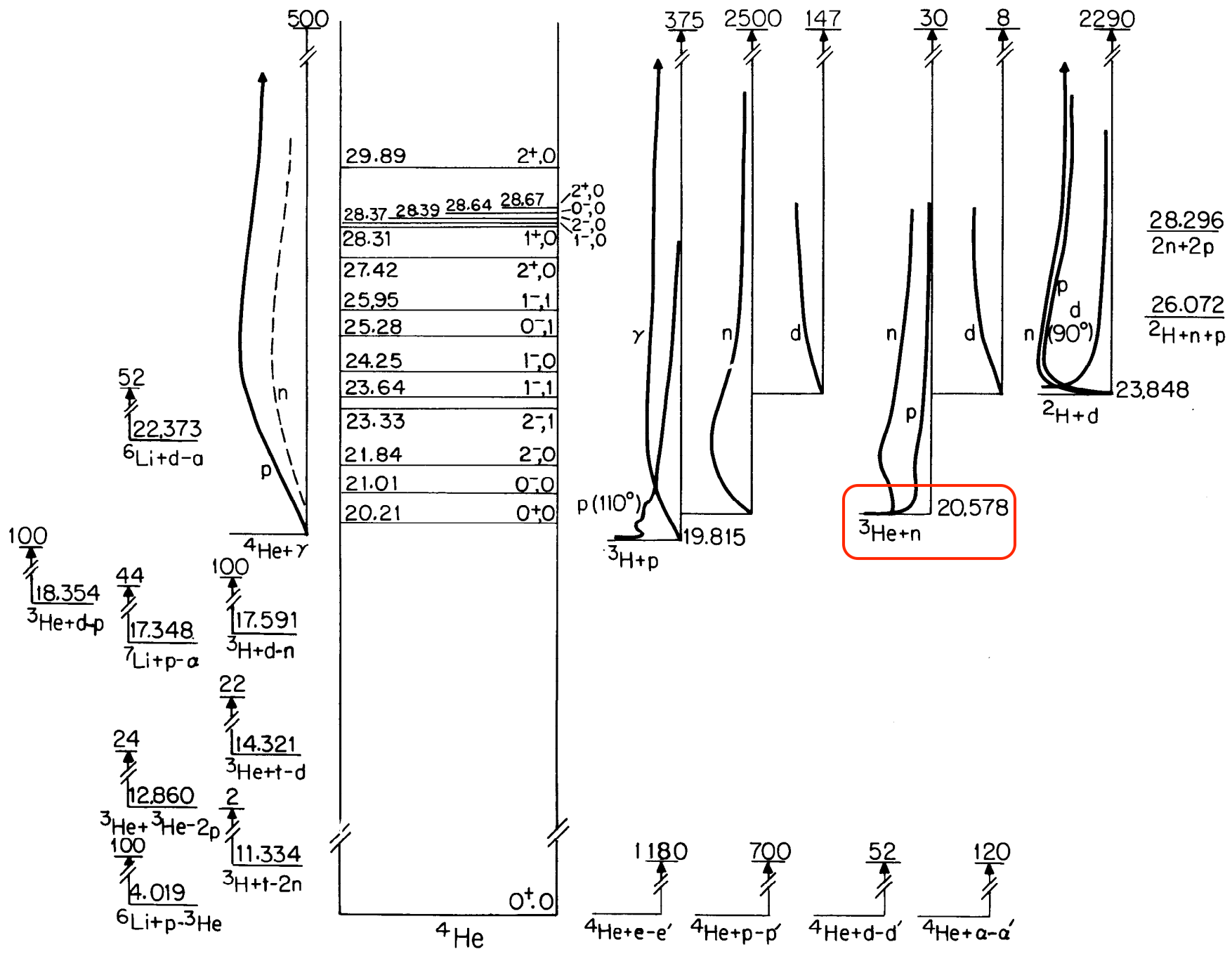 Fig. 2: The energy levels of 4He are plotted on a vertical scale giving the c.m. energy, in MeV, relative to its ground state. Horizontal lines representing the levels are labeled by the level energies and values of total angular momentum, parity, and isospin (Jπ, T ). Also shown are threshold energies and typical thin-target excitation functions for some of the reactions in the 4He system. See Fig. 1 for further details about notation and Table 4.3 for more information about the levels, including partial and total widths.

Not the answer you're looking for? Browse other questions tagged the-moon mining natural-resources detection helium-3 or ask your own question.

4
How long does it take to refresh helium-3 on the moon?
5
Why exactly would "permanently shadowed polar lunar craters... have substantially higher levels of ³He than sunlit lunar surfaces?"

21
Could a spacecraft be made out of lunar materials?
15
How hard is the Lunar surface?
13
Could lunar mining be used to service Low Earth Orbit?
5
How much meteorite material hits the moon and could it be useful?
12
How much iron is on the surface of Mars?
33
How deep could a lunar mine go?
4
How long does it take to refresh helium-3 on the moon?
4
How is it proposed to extract oxygen from lunar regolith?