What are common rocket fuselage designs?

I am wondering about the basic design considerations when building a rocket body.

It seems to me that some rockets have it like option 1 (e.g. Falcon 9).

Is the second option common or it it new to Starship? Or is it the other way around? Or is it somehow different altogether? 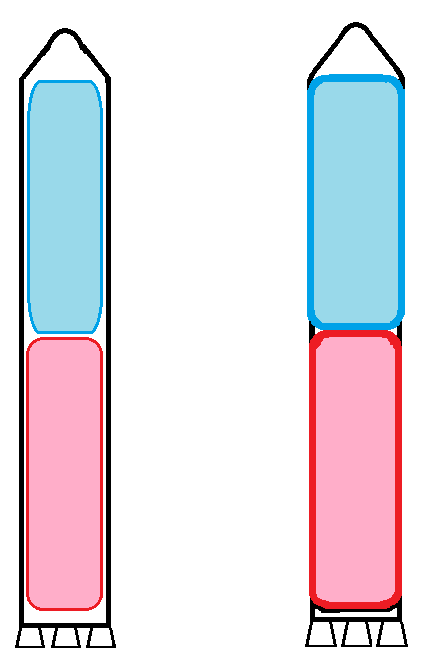 Normally the tank is the wall is the structure. This minimizes weight.

There are usually cylindrical regions connecting the different propellant tanks - sometimes called "intertanks". This portion of the structure does not contain propellant as the rest does.

The shuttle external tank and the Saturn V are examples of that style; I do not know about Falcon but I would be surprised if it is not. There is a blueprint here showing Falcon 1 had integral tankage but I am unsure of the provenance. The Falcon 9 user guide Table 2-1 seems to indicate integral tanks, but the document does not explicitly say this.

I do know of some counterexamples from the past.

One is the old Soviet N-1 rocket, which had spherical propellant tanks inside a fuselage / fairing. 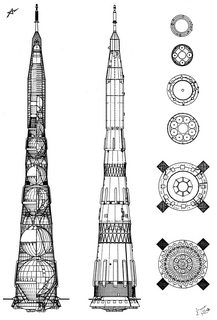 Another design not seen much recently is "cluster" tankage as was used in the Saturn-1B. 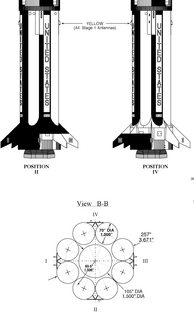 Common bulkheads have been used instead of interstages. Two examples are the second stage of the Saturn V and the Centaur-G developed for the shuttle. The Falcon 9 user's guide linked above states that its first stage uses an "insulated common dome".

Not the answer you're looking for? Browse other questions tagged spacex rockets design tanks or ask your own question.

9
What are the common space application adhesives used in Earth orbiting satellites?
3
Are there any designs of geostationary satellites available online?
13
Are there liquid fueled rocket boosters having coaxial fuel/oxidizer tanks?
18
What are SpaceX's Starship's header tanks?
3
Are few kilogram RTG's possible with similar mass-specific power to current designs?
12
Why are balloon tanks used by so few rocket designs?
4
Are rocket tanks being filled up until the last seconds before liftoff?
6
What are the most common practical design specifications for antenna in space?
5
What novel tank designs and ideas are out there to prevent fuel in a rocket tank from "sloshing around"?