Could Apollo astronauts see other planets with the CM Scanning Telescope?

I'm not concerned whether it could significantly magnify the appearance of the disc of the planets, just could they simply move the position of the telescope to view the planets or was it fixed to view the specific star for navigation purposes only.

The scanning telescope had a 60 degree field of view and 1X magnification, so planets within that field of view would have been visible.

The scanning telescope could be moved +/- 270 degrees in one axis and -5 to +50 degrees in its other axis. It was normally moved simultaneously with the moveable line of sight of the sextant. The large degree of freedom is around an axis normal to the surface of the command module, the other is perpendicular to that. The manuals call the axes "shaft" and "trunnion"; I would call them "pan" and "tilt". 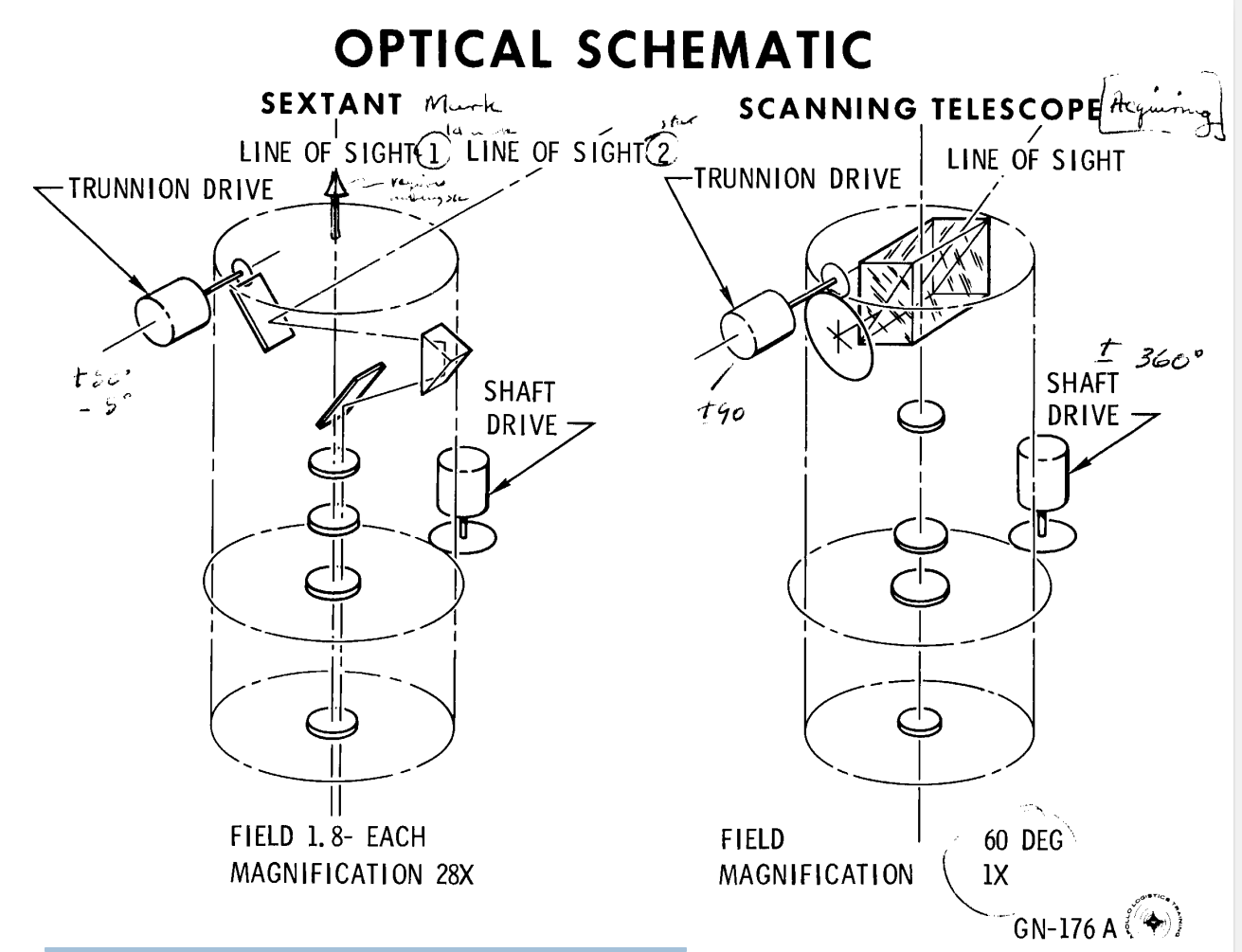 Note, however this comment by Collins about the telescope.

As a general comment, I've found that the telescope was a very poor optical instrument in that it required long, long periods of dark adaptation before any star patterns were visible.

And similar comments by Armstrong

I think we already covered that by saying that with the LM on in the daylight the telescope is nearly useless and you have to rely on the sextant. Now, we never went into that mode that Apollo 10 discovered of pointing the plus X axis at the sun. We never had an occasion or need to do that. Therefore, we can't comment on it. Just staying regular PTC attitude, normal to the sunline, the telescope was just about useless.

5
What was the function of the Apollo Sextant Beam Splitter?
4
How did the automatic sextant on the late-1950's MIT Mars Probe work?

20
Could a single crew member fly the Apollo LM?
6
How would the Apollo telescope have worked in the Apollo command module? Where would it be located and how would it be operated?
7
How was the Moon's first telescope used? (Apollo 16)
26
How did sloshing prevent the Apollo Service Module from moving safely away from the Command Module and how was this fixed?
7
What is the furthest distance Apollo astronauts can be from each other during a Lunar EVA?
30
Could Apollo astronauts see city lights from the Moon?
7
Could the Apollo astronauts distinguish Earth's continents and oceans from the moon?
2
When will the telescope that last saw Starman/Roadster be able to see it again?
5
With our current technology, how large could we make a useable space-based VLBI telescope?