Would tethering to a large mass be an efficient way to change velocity?

Changing velocity rapidly in space is a bit of a problem requiring either the expense of propellant, or aiming past a planet for a gravitational slingshot.

If you could fire out a strong tether and anchor to a large mass such as an asteroid temporarily, would it be an effective and efficient way to change course rapidly?

My analogy is with the Batmobile grappling hook as illustrated by this screenshot hosted on chickslovethecar.com: 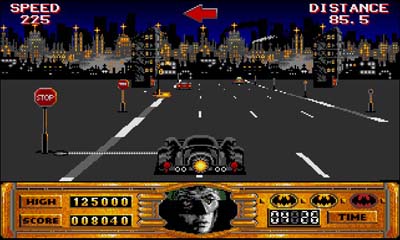 If you can make and break this connection safely and reliably, you would be able to exchange momentum very efficiently.

This is effectively what a skyhook does with the addition of making the tethered connection in reverse.

As for the use of the tether itself, it would have to be very strong, and have a very strong grip. You'd have to get it placed very close to the target, and let go at the precise moment, or else it would spell disaster. But it could be done, in theory, and would save some fuel, if you can make everything line up perfectly. But any object small enough to allow for this to happen would be difficult to get with the required precision to intercept it, most likely losing most of the gain you would get.

Momentum exchange tethers are similar/related mechanisms that have been studied in the past. It has not been flown/tested however, due to the various complexities involved, some of which have been mentioned by @Erik.

18
Can I get higher with Space Junk?

1
How would an interstellar probe navigate the pull of gravity from stars and other large objects on the way?