How much nitrogen did Skylab and the Space Shuttle carry for atmosphere makeup?

This comment below Where there any spacecraft with nitrogen-oxygen atmosphere, but without a system for nitrogen replenishment? mentions:

Both Skylab and shuttle had N2 tanks for atmosphere makeup.

Did either have enough nitrogen to rebuild a new atmosphere to the same pressure if there was a major venting anomaly and the current atmosphere was completely lost? Or was the nitrogen only enough to make small adjustments?

Skylab had 1630 lbm of N2 at launch. That's enough to fill the 12,750 cubic foot habitable volume ~ one and a half times to sea level pressure and temperature even ignoring any oxygen.

Shuttle N2 tanks were mission kits so not every mission flew with all tanks. A typical mission, STS-88, had 400 lbm of N2 two and a half hours into the mission. Oddly enough, that's also about enough to fill the 2475 cubic foot Orbiter cabin a couple of times to sea level pressure and temperature, ignoring any oxygen. 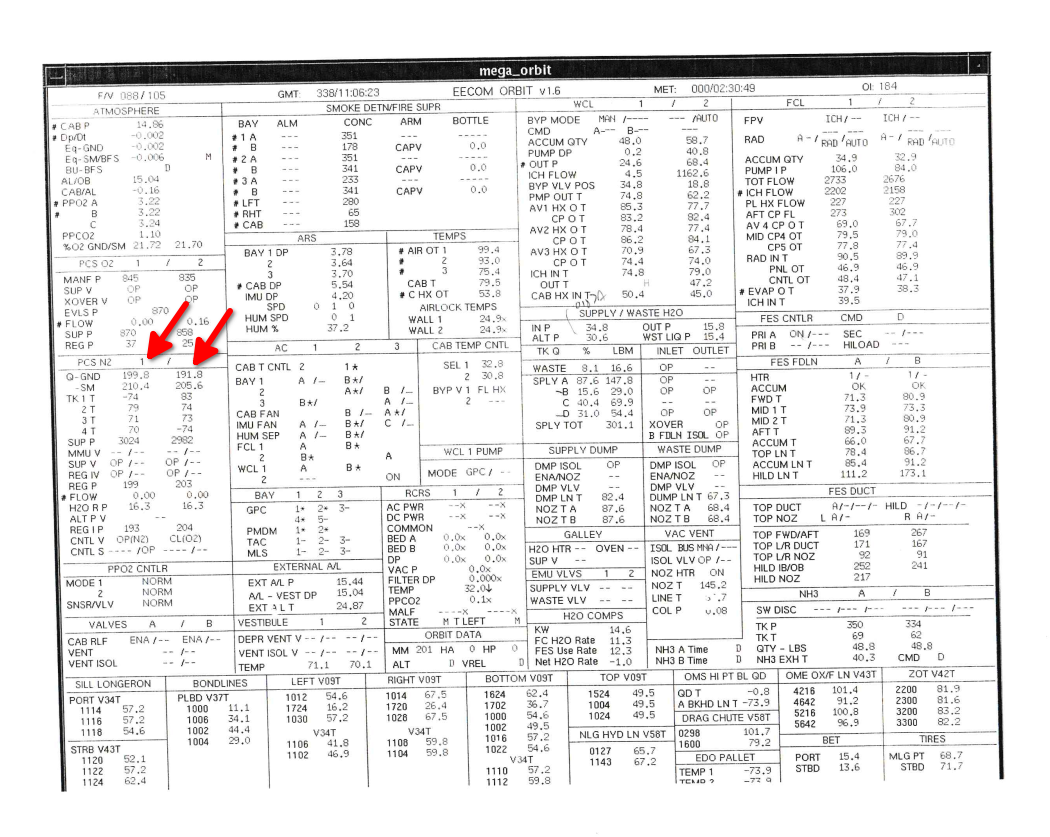 Not the answer you're looking for? Browse other questions tagged crewed-spaceflight life-support enviromental-control-system gasses or ask your own question.

3
Were there any spacecraft with nitrogen-oxygen atmosphere, but without a system for nitrogen replenishment?

45
Why does the International Space Station produce so much methane?
59
Why is the breathing atmosphere of the ISS a standard atmosphere (at 1 atm containing nitrogen)?
8
Why did the design for Space Shuttle docking change?
9
Is NASA doing research on "mini-magnetospheres" to protect crew from radiation in space?
32
Did Apollo carry and use WD40?
26
How much piloting did the Apollo astronauts actually do?
4
How exactly is the balance of minerals handled on ISS with the use of reclaimed (demineralised) water for human consumption?
3
Were there any spacecraft with nitrogen-oxygen atmosphere, but without a system for nitrogen replenishment?
2
Did the LiOH cartridges for the Space Shuttle cabin and spacesuit share the same shape?