Are there any ISS component failures that could cause irreparable harm to the station?

What component, if any, would cause irreparable harm ("total") the ISS if it were to break or require replacement? If this component exists, when is it going to reach its end-of-life?

By "total", I mean that it would be cheaper to build a new space station rather than repair or replace the broken component. Also, since this hypothetical repair might go into Ship of Theseus territory, I would consider the ISS to have been "totaled" if it's given a new name afterwards, like ISS2 instead of ISS.

This truss segment forms the center of the ISS truss structure and also connects the truss to the chain of pressurized modules. If the S0 suffered complete structural failure, the truss could separate into two sections and the chain of pressurized modules into a third. Since the majority of electrical power comes from, and the majority of heat rejection goes to, the truss, it would be catastrophic even if the modules remained pressurized.

The S0 is highlighted in gold here and pointed out by the red arrow. Image created by myself using DOUG. 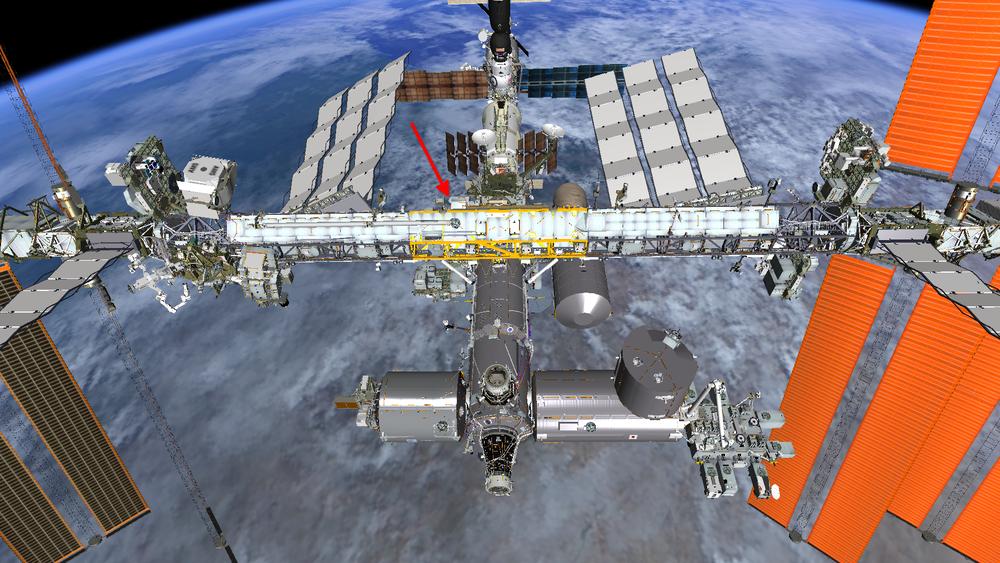 The S0 truss is fairly old; it was added to the ISS in April 2002 during shuttle mission STS-110. I am aware of studies done back when I worked at JSC in the 2014 timeframe concerning extension of the station life to 2024, but I don't have any information about the results.

I am not advancing this as a credible failure; just what seems to me would be one of the failures with the worst impact.

12
Are there any humanoid robots on board the ISS?
13
Space Station Battle: Could the Almaz gun depressurize the ISS?
2
Are there any plans to reach the ISS by new means?
7
Are pressurized cargo ships to the ISS depressurized before leaving the station?
5
How old are the EVA space suits that are currently used on the ISS?
16
What (if any) replacement parts have been 3D printed on the ISS and then installed?
7
Could SpaceX deliver the Interim Control Module to the ISS?
6
Why are there so many visible cables on the exterior of the ISS?