Is there some fundamental limitation that would prevent steam-powered rockets from reaching space?

According to the Discovery Channel (see CNN article below) the latest attempt to use compressed steam propulsion to get to 5000 feet ended in tragedy. It's not yet clear the altitude it reached, previous launches reached 1,374 and 1,875 feet.

Question: Could this technology have reached the Karman line if suitably funded? I'm not asking if its a useful alternative at this point, but I'd like to know if there was some clear fundamental limitation that would have prevented this from eventually reaching 330,000 feet.

"Our thoughts and prayers go out to Mike Hughes' family and friends during this difficult time. It was always his dream to do this launch, and Science Channel was there to chronicle his journey," the Science Channel said in a statement.

Hughes was scheduled to launch his homemade rocket for a new Science Channel series called "Homemade Astronauts," according to the Discovery Channel website.

Hughes and Waldo Stakes built a steam-powered rocket with the intent of launching Hughes 5,000 feet into the air, the website said.

He eventually hoped to develop a rocket that would launch him 62 miles in the air to where the Earth's atmosphere meets outer space, according to the Discovery Channel. 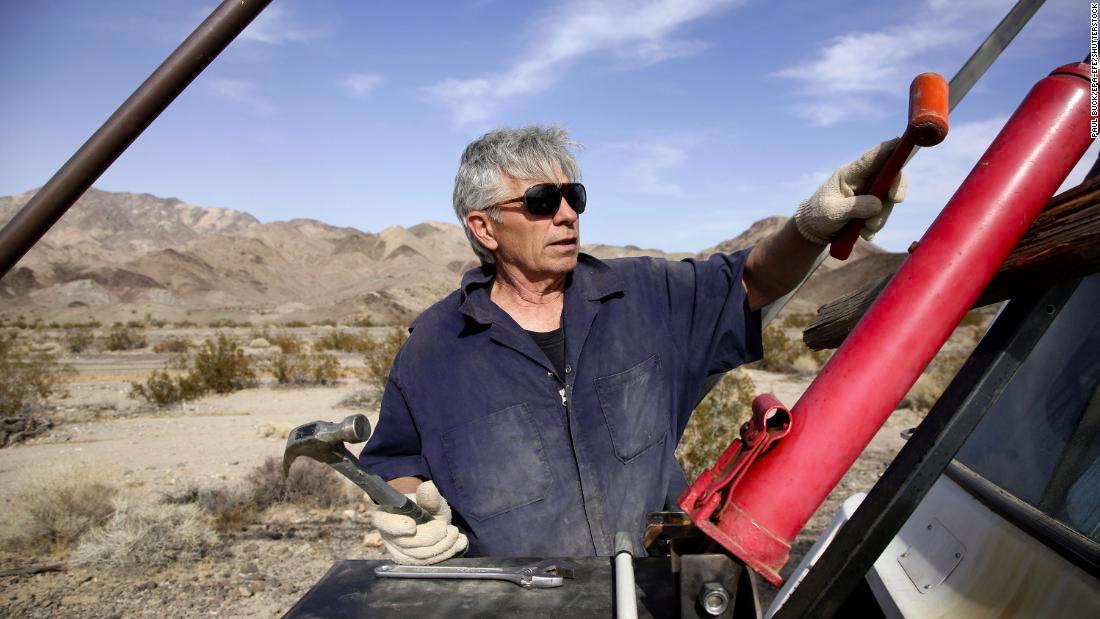 You need a delta-v of around 2 km/s to reach the Karman line. With, say, a kerosene-burning gas-generator Merlin 1D, you need a mass ratio of about 2.1...slightly more than half your liftoff mass needs to be propellant. With a steam rocket, you need a ratio of around 60.

The Falcon 9 upper stage has a mass ratio of around 30, which is excellent and largely due to it using a dense fuel, while having the light tank construction of a typical turbopump-fed liquid fuel rocket. A steam rocket would have very heavy tanks due to the need to contain superheated water at high pressures. You would need many stages, allowing you to discard that mass as soon as possible, and the vehicle would be huge for its payload even by orbital launch vehicle standards.

Not the answer you're looking for? Browse other questions tagged physics design-alternative karman-line thermodynamics or ask your own question.

3
Is there any way to get better performance from an NTR with non-H2 propellant?

5
Detecting a Nuclear powered vehicle from outer space (at least 8 AU or further out) feasible?
7
Could moon ice be used to fuel a steam powered jetpack for EVA in space or high altitude exploration on the moon?
3
Are there some three-body orbits that can't be escaped? Can we know without propagating forever?
-1
If Starship works, how much would it cost to create a system of rotable space mirrors that reduces temperatures on earth by 1° C?
1
What if we launched rockets from space using the slingshot method and centripetal force? Would that be possible?