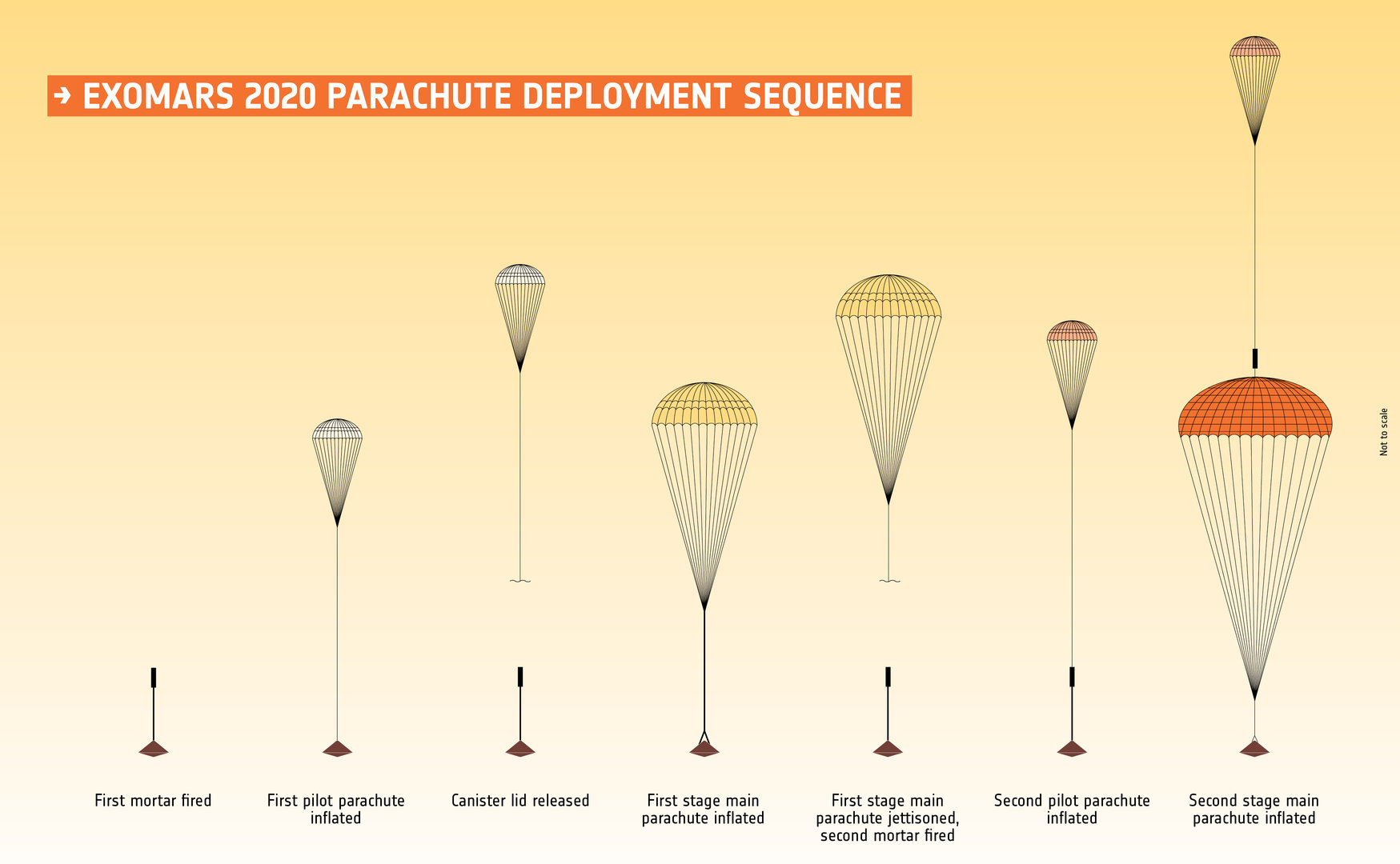 With Ars Technica reporting today that a two-year launch delay is likely because of parachute problems, I went looking for details.

ESA press releases linked in the article are not very helpful, referring to "tears", "damage", etc. Is more detailed information available? Photographs / drawings? Most online articles link back to the press releases.

Apparently ESA has had major problems in getting the parachutes right

High-altitude tests earlier this year revealed that ExoMars's chutes were tearing as they were pulled from their bags. The European Space Agency (ESA) has turned to NASA colleagues for help, and this week, a joint team began tests to see whether redesigned bags and chutes now work, and if not, why. It could be their last chance to fix the problem and preserve a launch set for next summer—or face 2 years of delay.

The issue was the bags they were stored in

Analysis performed after the two unsuccessful cycles of high-altitude tests in early 2019 showed that the parachute bags, not the parachutes themselves, were the problem that caused the damage to the parachute dome. The ESA redesigned the way parachutes were released from the bags to avoid friction.

Not the answer you're looking for? Browse other questions tagged reference-request parachute exomars or ask your own question.

9
What is it about parachutes that makes people always want to "re-invent the wheel"?

18
Why does the Soyuz parachute pulsate?
5
Will the ExoMars rover offer some unique science capability?
5
Why does ExoMars need stereo ground-penetrating radar "eyes"?
3
Parachute Effectiveness on Various Planets in our Solar System?
16
How does a landing spacecraft control main parachute inflation?
3
Testing a parachute for a Mars landing using a wind tunnel at hypersonic speed and Martian pressure?
5
What launch vehicle will be used for Exomars rover Rosalind Franklin?