What is it about parachutes that makes people always want to "re-invent the wheel"?

For technology that involves complex engineering issues, standardization and specialization is extremely helpful. If I want to design a complex ASIC IC I don't design it from scratch, I just drag-and-drop thoroughly tested and characterized blocks from another company's standard cell library who specializes in this, and If I design a fancy cell phone I (usually) open up catalogs and order thoroughly tested and characterized ICs again made by other companies who specialize in supplying these. If I require a new IC then I still reach for those standard cell libraries.

If I'm going to visit a neutron star, I don't build my ship from scratch, I simply order a thoroughly tested and characterized general products hull built by a species who specializes in supplying these.

Recently both of the crew capsules being designed for NASA were either delayed or threatened with delays due to parachute issues, and I have just read that

Apparently ESA has had major problems in getting the parachutes right

I'm sure I can find other examples in the last several years where spaceflight mission schedules were threatened by parachute failures.

I understand that every spacecraft is different and therefore the ideal parachute will need to be different, but here in 2020 why can't there be worldwide standard spacecraft parachutes in small, medium and large?

Is it "not invented here" thinking or otherwise a good idea but not likely to happen, or are the differences between mission demands and atmospheric density and velocity at deploy time so different that each spacecraft demands a totally new parachute despite the statistically significant dangers of mission delays due to unanticipated failures during final testing?

The 100-foot-wide (30 meters) parachute — the biggest such chute ever deployed — unfurled well and apparently inflated fully, or nearly fully, Monday (June 8) before being ruptured by the fast-rushing air during the second flight test of NASA's Low-Density Supersonic Decelerator (LDSD) project.

Of interest is this quote

"On this project, we're pushing the limits of our technologies, our engineering and our understanding of aerodynamic decelerators," Clark added. "This year, the physics of supersonic parachutes pushed back on us."

From the linked article about the ESA parachute woes 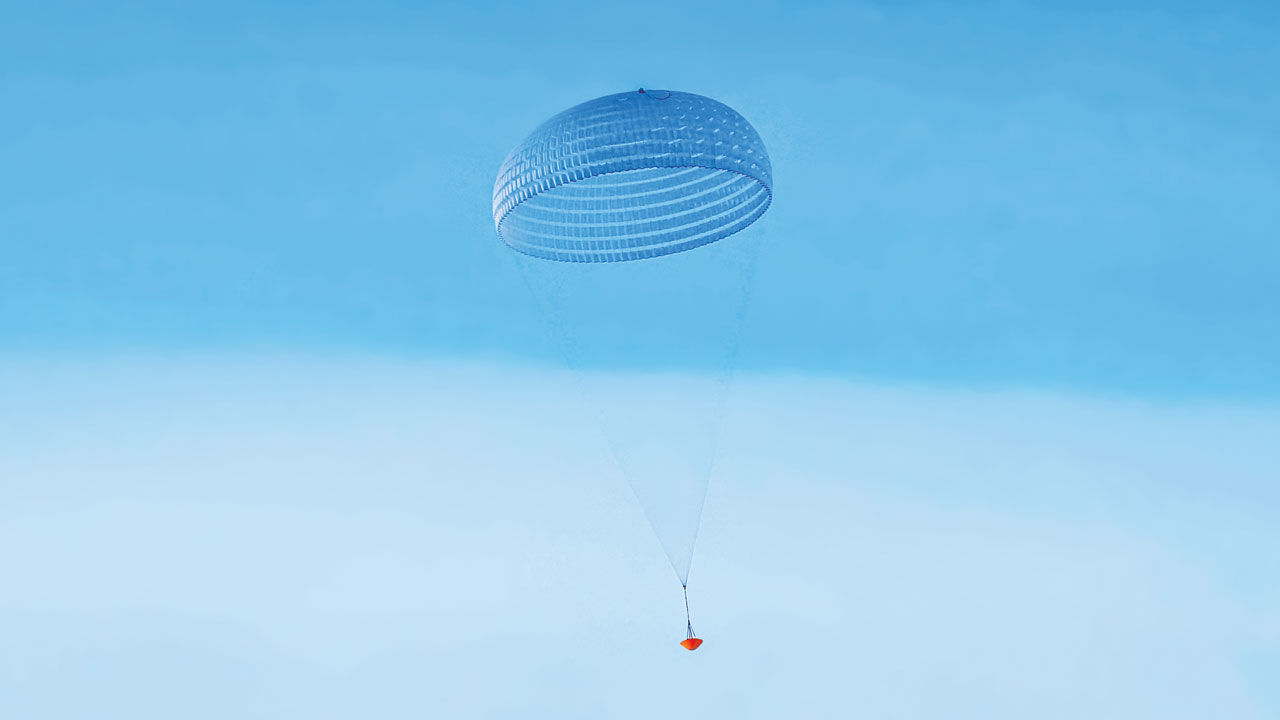 Europe's 35-meter parachute in a 2018 test in Sweden. It will be the largest ever on Mars.

You'll note there's a 5M difference in the two parachutes. Why? NASA elaborates on that in general on another project (emphasis mine)

Given that we're custom building spacecraft, it makes sense that agencies would custom make parachutes. If you try to make a one-size-fits-all parachute, you're limiting the size of spacecraft, and potentially over-sizing the parachute (and adding needless weight) to smaller craft. I do expect that, as we gain more experience building them, there will be more standardization, but for now, spacecraft are still esoteric enough to warrant custom parachutes.

Let's go back a bit farther. The first human-rated parachutes managed to keep humans from dying or being horribly injured upon landing (from an airplane) -- most of the time. A certain damage rate was acceptable for military operations.

Jump forward a few decades, and the first sport-chutes that were both steerable and capable of achieving much lower terminal speeds came out. They were a massive redesign compared with the originals.

None of those were designed to operate in windspeeds anywhere near Mach 1. So another complete redesign was necessary to deal with falling rocks, aka Mercury/Gemini/Apollo capsules.

But all those rocks were designed to land on water, as opposed to the Soviet capsules whose parachutes had to soft-land on dry ground. Yet another set of design constraints.

And now we have SpaceX recovering fairings from significant altitudes, but with some steering capability required to reach Ms.Chief and Ms. Tree.

Not the answer you're looking for? Browse other questions tagged failure engineering testing parachute qualification-testing or ask your own question.

18
Does the FAA still license the people who fold human-rated reentry parachutes?
24
What is a "Major Component Failure" referred to in news reports about the unsuccessful Space Launch System core stage test firing?