Are any tools available for realtime visual tracking of live launches?

Being a fan of http://www.spaceflightnow.com and it's launch schedule page, I thought it would be great if it were possible for "launch enthusiast" to track live launch trajectories using Google Earth, or a similar technology, in addition to watching the online stream.

Does anyone know if such a capability exists?

Probably the best tool to use for this sort of application would be FlightClub, developed by Declan Murphy. Launches have estimated trajectory data which the developer ingests into the system prior to launch to produce a viable simulation of the rocket's flight path. Post-launch completion, the developer then adjusts the trajectory to match the actual values (as shown on webcasts). You can opt to track these launches in "realtime" by following along with the launch. 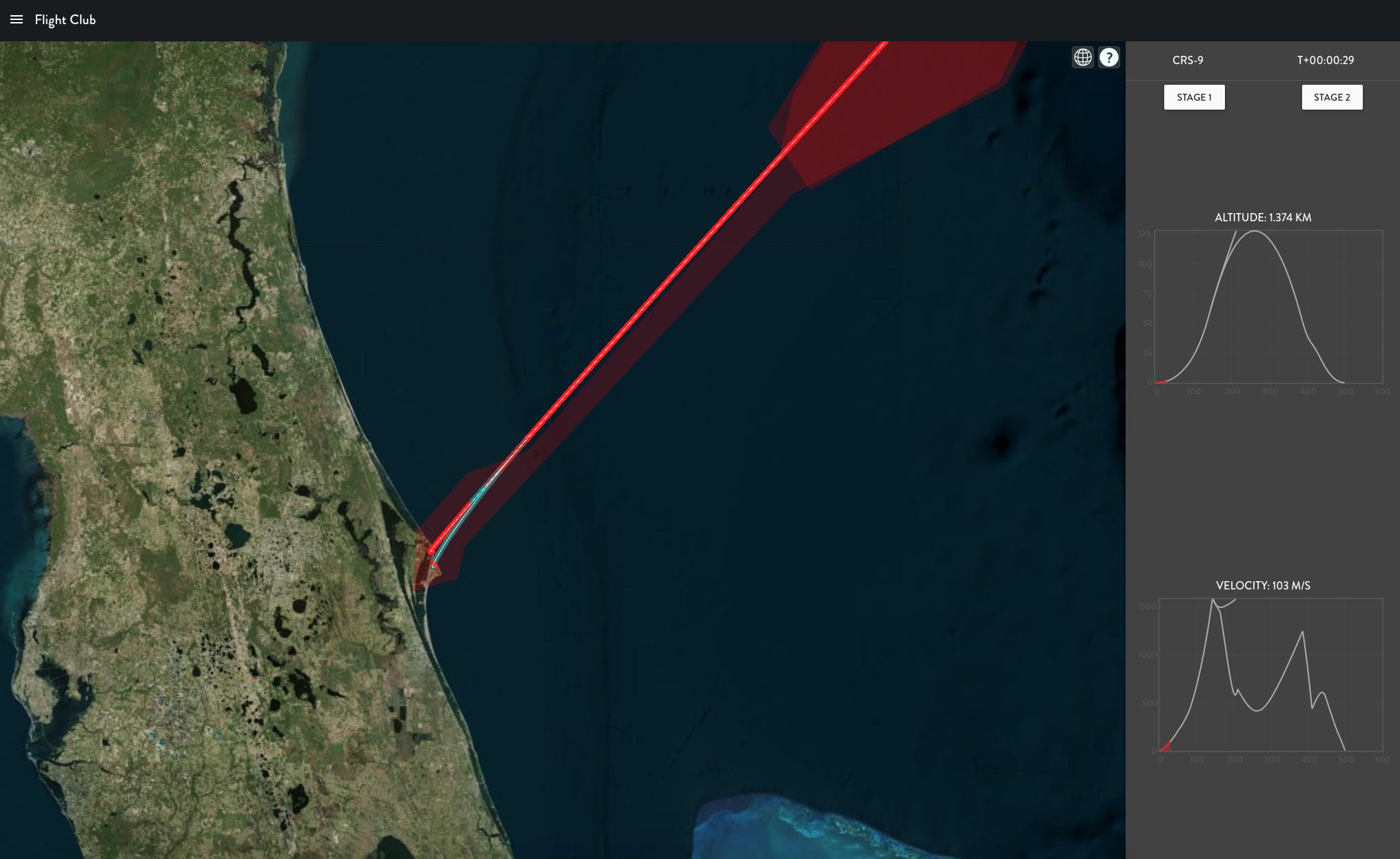 Simulation of the CRS-9 launch in FlightClub

This data is overlaid onto Cesium, a WebGL-based 3D earth viewing application, alongside mission "vitals" such as velocity, altitude, downrange distance, and more.

Here is an example of Flight Club simulating the SpaceX CRS-9 resupply mission to the International Space Station.

Full disclosure: I am friends with the developer of this application.

Not the answer you're looking for? Browse other questions tagged launch rockets software or ask your own question.

5
How to determine rocket launch path for photography?

39
Is the software running on any existing or decommissioned space probes available for download?
10
Are any software updates scheduled for Juno?
11
Is there any compiler available for HAL/S?
21
Does SpaceX use any of Falcon-9's camera data for engineering or status information, or are they "just for PR"?
7
What planning tools and techniques are used to avoid collisions in space during launches?
4
How to find the optimal launch trajectory for a rocket launched from a planet with an atmosphere?
3
Tracking stations that could have been used in 1967 & 1971 for the launches of the WRESAT & Prospero, X3 satellites from Australia