Do Mars rovers protect optical windows during dust storms? Do they "avert their eyes" or do they just "grin and bear it"?

The question Did any lander or rover photograph the sun rising or setting during a Martian dust storm? makes me think of the images below showing the stuff blown around and on to martian rovers.

I'm guessing that when propelled by high speed winds the most abrasive and smallest particles could do some damage to protective optical windows.

Question: How are optical windows† on martian rovers protected from hazing due to abrasion from martian dust storms? Are they made out of old iPhones sapphire or do rovers "avert their eyes" during a storm, at least those that are moveable? Or both, or neither?

†covers over various science and navigation camera lenses as well as laser ablaters, light level meters and whatnot.

From Curiosity is still dirty! How will the ExoMARS Rover keep its solar panels dust-free and collecting sufficient power?: 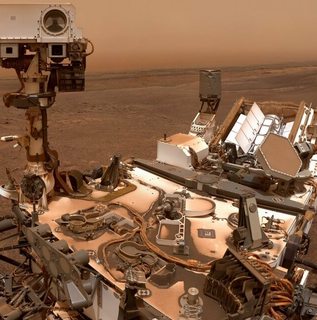 above: even the inclined surface of the high gain antenna seems covered in dust! Cropped from Phys.org's Curiosity says farewell to Mars' Vera Rubin Ridge. 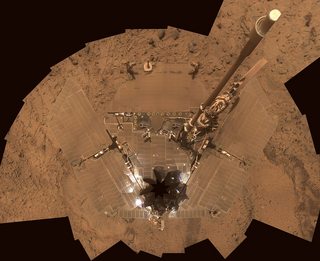 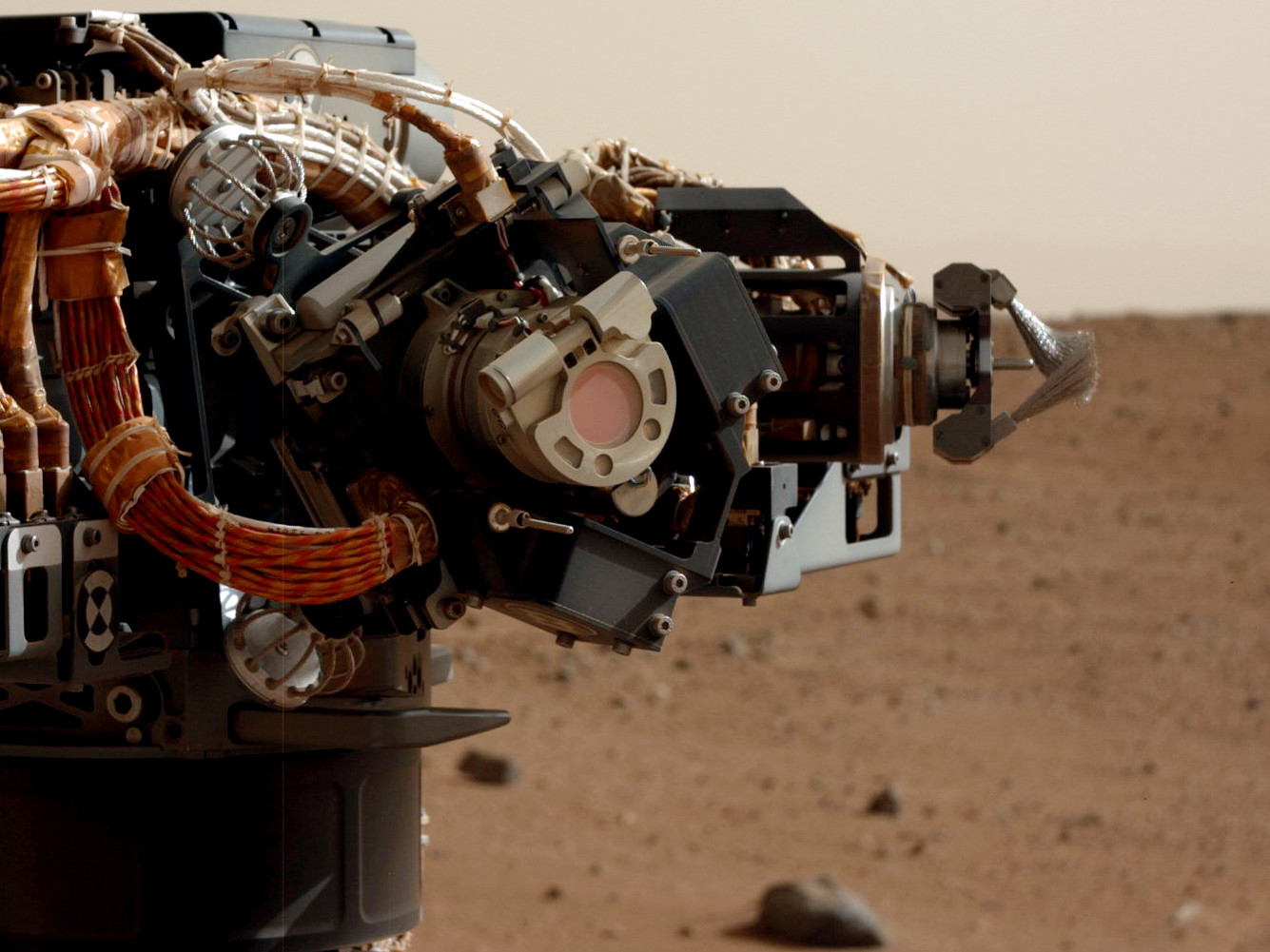 The image above shows the Mars Hand Lens Imager (MAHLI) on the turret of Curiosity's robotic arm.
The reddish circle near the center is the window of MAHLI's dust cover.
In the accompanying text it is said that there's a thin film of Martian dust on it, and that the front window is made of sapphire.
This article tells us that the dust cover on the imager is reclosable.
This story about the global dust storm on Mars writes that the Mastcam was routinely pointed down at the ground after its use to reduce the amount of dust blowing at its optics.
Finally, from one of the Planetary Society's updates:

"We've just had to take a little extra precaution with the MAHLI [Mars Hand Lens Imager] to avoid the amount of time we expose the lens. And, while we're not able to cover the cameras on the mast, we haven't seen any issues with those. They have pretty big baffles around them so the optics are kind of buried inside,"he said.

Curiosity's engineering cameras are the most exposed. "We have seen a few particles of dust adhere to them, but nothing so far that's affected our ability to navigate or the ways we use those cameras," Vasavada reported.

I couldn't find evidence that the other cameras have sapphire windows, but if MAHLI has one with a dust cover, why shouldn't they, without a dust cover, have one ?

Not the answer you're looking for? Browse other questions tagged rovers photography camera or ask your own question.

20
Curiosity is still dirty! How will the ExoMARS Rover keep its solar panels dust-free and collecting sufficient power?
16
Are launch windows to Mars avoided if they result in landings during dust storm season?
8
Are there methods of lightning detection on Mars?
9
How do they know that the Dragonfly helicopter won't get quickly coated in tholin muck? Any desliming technology for camera lenses or propellors?
8
Perseverance individual sample collection post-mission; what stops them from blowing away or getting covered and hidden by dust?
3
Has ChemCam been used to characterize the martian atmosphere?
-3
Why doesn't MAHLI get to be in Curiosity selfies?

20
Curiosity is still dirty! How will the ExoMARS Rover keep its solar panels dust-free and collecting sufficient power?
3
Why doesn't the perchlorate on Mars' surface oxidize metallic meteorites?
4
Have any systems on any Mars rovers failed (even partially) as a result of a dust storm? (besides loss of solar power)
9
How do the Mars rovers sleep through the night on Mars?
13
Opportunity's last tau was 10.8; what does that mean and how is tau defined and measured?
2
Will the Rosalind Franklin (ExoMars) rover solar panels be able to clear themselves of dust by tilting?
8
What "flickering goggles" do JPL scientists rely on to explore the Martian surface "in genuine 3D"?
4
Just how preferable are afternoons for flying Ingenuity? Why?