How does Indonesia's development and test vehicle work? Could something like this reach space or even orbit when scaled up?

It's a very long way from a Mission Control in Houston, but the Southeast Asian archipelago's answer to NASA has big hopes and is now planning to build its first spaceport on a tropical island off the coast of easternmost Papua.

"We've got a dream to put our own satellite-launching rocket 200 or 300 kilometres into space within five years," said Lilis Mariani, head of the Rocket Technology Centre at the National Institute of Aeronautics and Space, known as Lapan.

"It was stable on take off and moved well," said Sri Kilawati, head of the Centre's rocket control programme.

"The objective was to study rocket control. They travel at a very high rate of speed so you've got to observe their behaviour," she added.

So I believe that vehicle shown is primarily for testing subsystems like control.

But I'm curious why it looks like this. There's what looks like a solid booster canted from the bottom that drops off, and an air scoop on top, and a nozzle in the back.

Question: What is this? How does it work? Could something like this reach space or even orbit when scaled up? 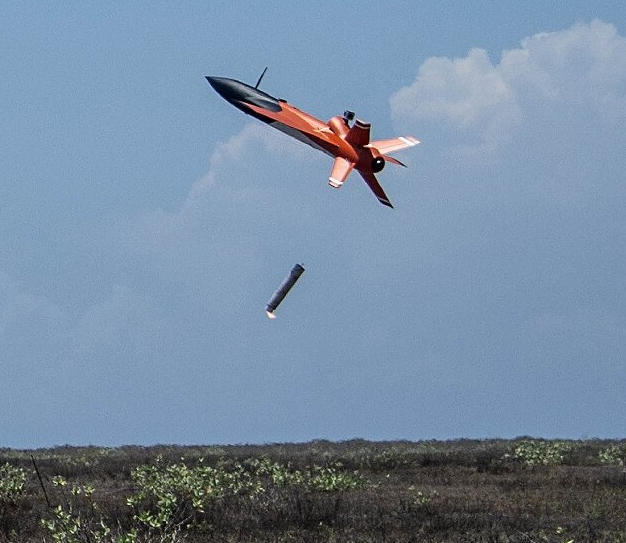 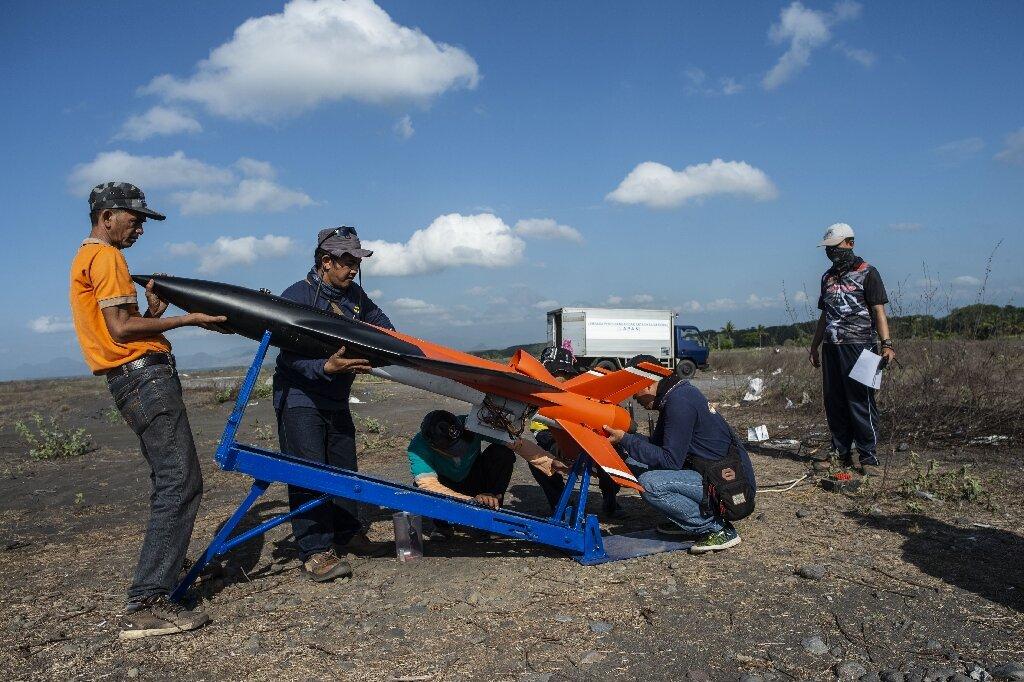 With the intake and rear nozzle, this looks like a rocket-boosted air-breathing cruise missile -- Organic Marble notes that it's not unlike a scaled-down SM-62 Snark. In this particular flight (of “a few hundred meters”) only rocket powered and glide portions of flight are happening (YouTube video); I assume that if the design includes a jet engine of some kind, it wasn’t tested on this launch.

I had a brief thought that the intake could be for a ram air turbine to power the control hardware, but it’s rather large for that, and doesn’t explain the nozzle at the back.

So my guess is that this hardware design will in future fly a longer jet-powered trajectory after the solid rocket boost phase. This could conceivably be useful as the first stage of a small sounding rocket (build up speed, pitch up, release second stage at maybe 15km and 250 m/s) but it’s not likely to lead to an orbital launcher.

It seems more like a subscale demonstrator for an antiship cruise missile than a space launcher, honestly. I note that LAPAN has previously developed surface to surface missiles and tactical UAVs for Indonesia’s military.

The point of the rocket booster on a jet powered cruise missile is to avoid the need for a runway — critical for impromptu launches from a mobile unit, but not necessary for a preplanned launch from an airfield. Some cruise missiles use a solid booster to get a ramjet stage up to speed. Those boosters are generally proportionally a lot larger (ramjets need to be moving fast to start), and in-line rather than offset, so I think we're looking at a turbojet design.

Not the answer you're looking for? Browse other questions tagged launch identify-this-object or ask your own question.

25
How did the tangential thrusters for the 2014 LDSD test spin-up then spin-down so nicely?
4
Wet space junk and flotsam washing up on shore, will it get worse, is there a plan to mitigate?
3
What are the sounds in this GoPro-in-orbit ISS video?
2
What kind of Visual Sensors are employed aboard Rockets?

2
Could pull from a space elevator be used to assist a rocket launch?
3
How does this large, flat antenna made from overlapping circles at Australia's Carnarvon Space Tracking Center work?