Could the Electron launch a cubesat to Mars

Could the Electron in combination with it's kickstage deliver any meaningful mass to Mars, ie; a 2kg cubesat or is it unable to reach the required velocities even with no payload. Rocketlab are offering a service of around 20kg to a Lunar orbit and recently got the award for the CAPSTONE mission, and getting to a Lunar orbit from memory isn't that much more extreme compared to just getting a Mars flyby.

Updating this answer in light of this paper released by Rocketlab 3 months ago for the Decadal survey. And it has a lot on the deep space capabilities of Electron + Photon, not just Venus and Mars. 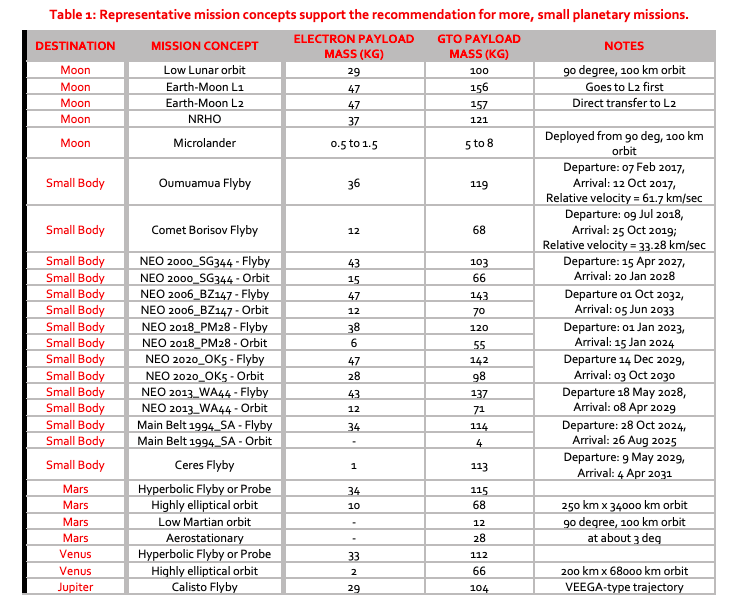 So, yes Electron + Photon can send a payload to Mars; specifically 34kg on a flyby, with the ability to go into a hyperbolic orbit with 10kg of mass. Electron can also send a Photon to Jupiter via a VEEGA route. That's neat. It can also rideshare on a GTO mission to get more performance.

Of course it's worth noting the recent contract Rocketlab got for the spacecraft for the Mars mission ESCAPADE, but those will be launching directly to Mars on a NASA provided CLV; so it won't be Electron launching those missions.

Also check out at the C3 graph. Pretty neat huh. 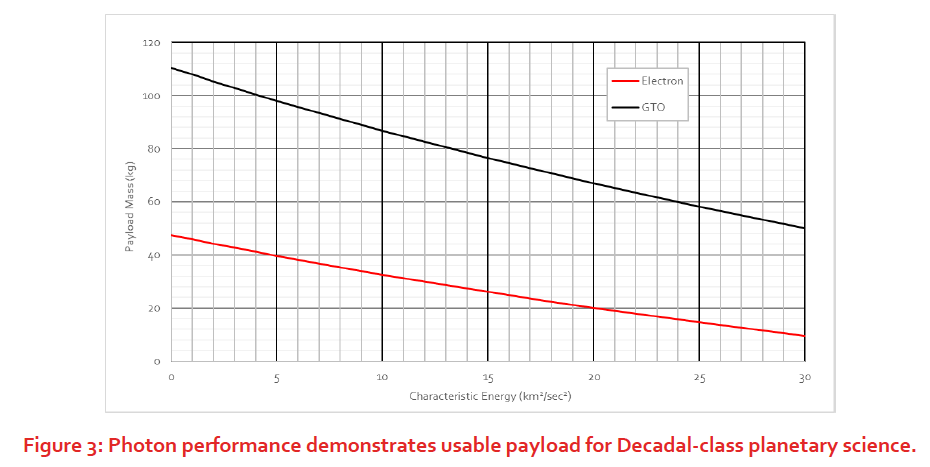 Not the answer you're looking for? Browse other questions tagged mars cubesat electron capstone or ask your own question.

1
How will NASA's software for autonomous navigation in cis-lunar space be tested; what information is processed, what outputs evaluated?