Did the astronauts seated on the space shuttle mid-deck have responsibilities during reentry and landing?

Space Shuttle mid-deck, it doesn't look like there is much for the astronauts there to do.

I recognize this photo was not taken during a mission. 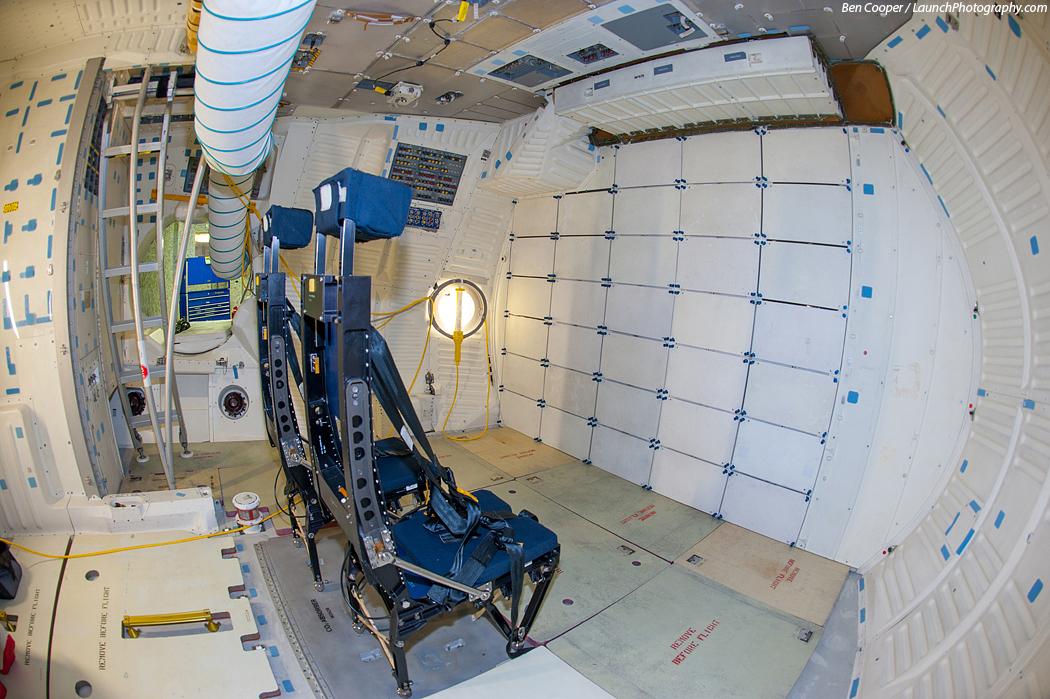 I couldn't find an image of the mid-deck during reentry.

This diagram seems to indicate the astronauts on the mid-deck were facing the avionics bay. 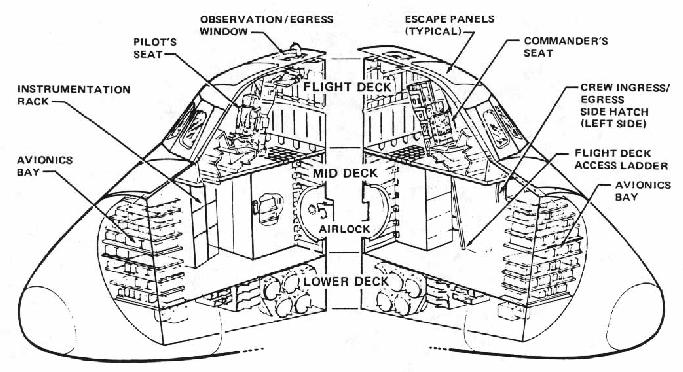 If they did have responsibilities, what were they?

There were no nominal activities for the middeck crew related to flying the vehicle. There were no switches or controls on the middeck accessible to seated crewmembers in the ascent/entry seats. The rectangular objects in the photo are middeck lockers which are located external to the avionics bays.

Mission Specialist 3 (MS-3) did have responsibility over side hatch jettison, an action that would be taken only in the case of the Orbiter not being able to reach a runway, and which was never taken in the real world. MS-3 would also extend the escape pole through the hatch opening, after which the crew would use it to bail out.

Accordingly, there are two nominal callouts for MS-3 in the Entry Checklist, both related to the side hatch:

Ck with MS3. Report to MCC: “RJDs OFF, SIDE HATCH, DRAG CHUTE, AND LANDING GEAR SAFED” (MCC report to NCC)

That is it for the nominal case. The timeline below shows the MS-3 actions for jettisoning the side hatch and deploying the escape pole during an Orbiter bailout contingency case. 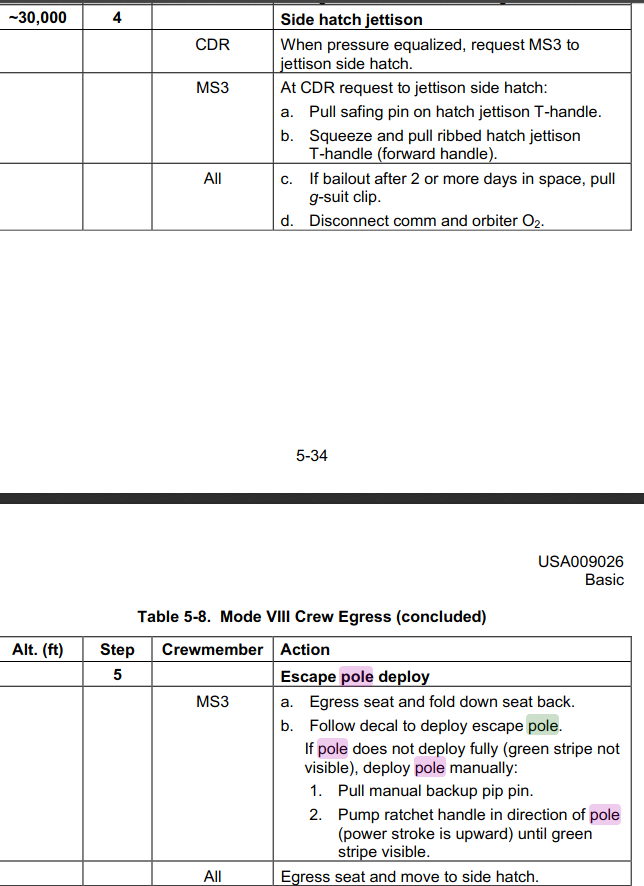 MS-3 had one instrument visible to them, an pressure-operated altimeter mounted on the locker immediately in front of them. This allowed them to monitor the progress of the cabin being vented to ambient, an action that was taken prior to side hatch jettison. 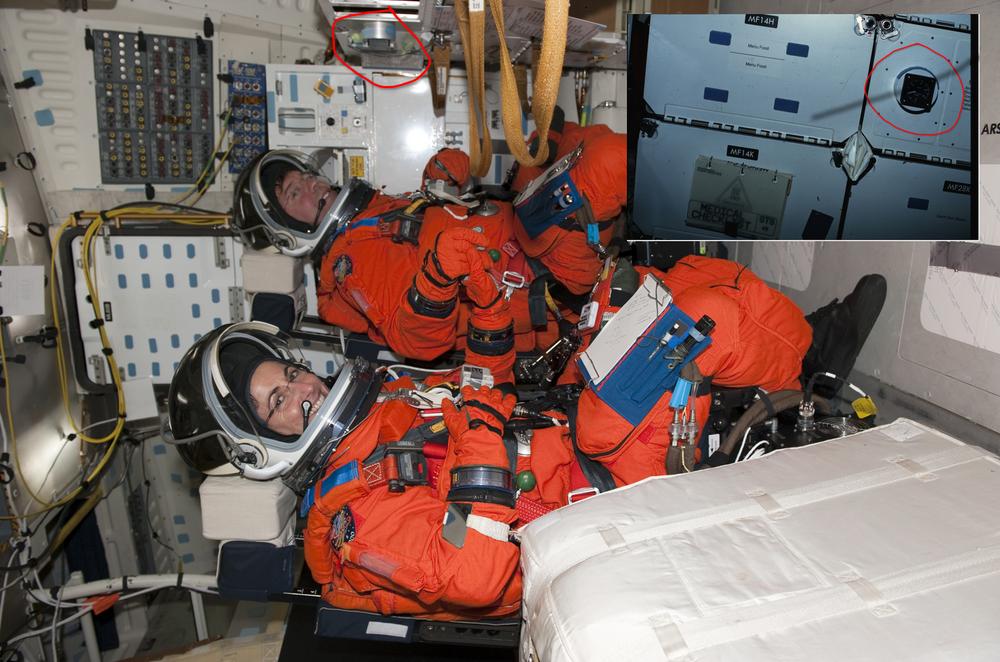 Source 1: Tom Jones described ascent and entry on the middeck in Chapter 7 of his memoir Sky Walking.

Not the answer you're looking for? Browse other questions tagged space-shuttle reentry astronauts or ask your own question.

27
How much longer did Columbia need to survive?