What was the effective magnification of the Mars Reconnaissance Orbiter's HiRISE camera to acquire the detailed image of Earth?

On October 3, 2007 NASA's Mars Reconnaissance Orbiter HiRISE camera acquired this image of the earth and the moon from Mars 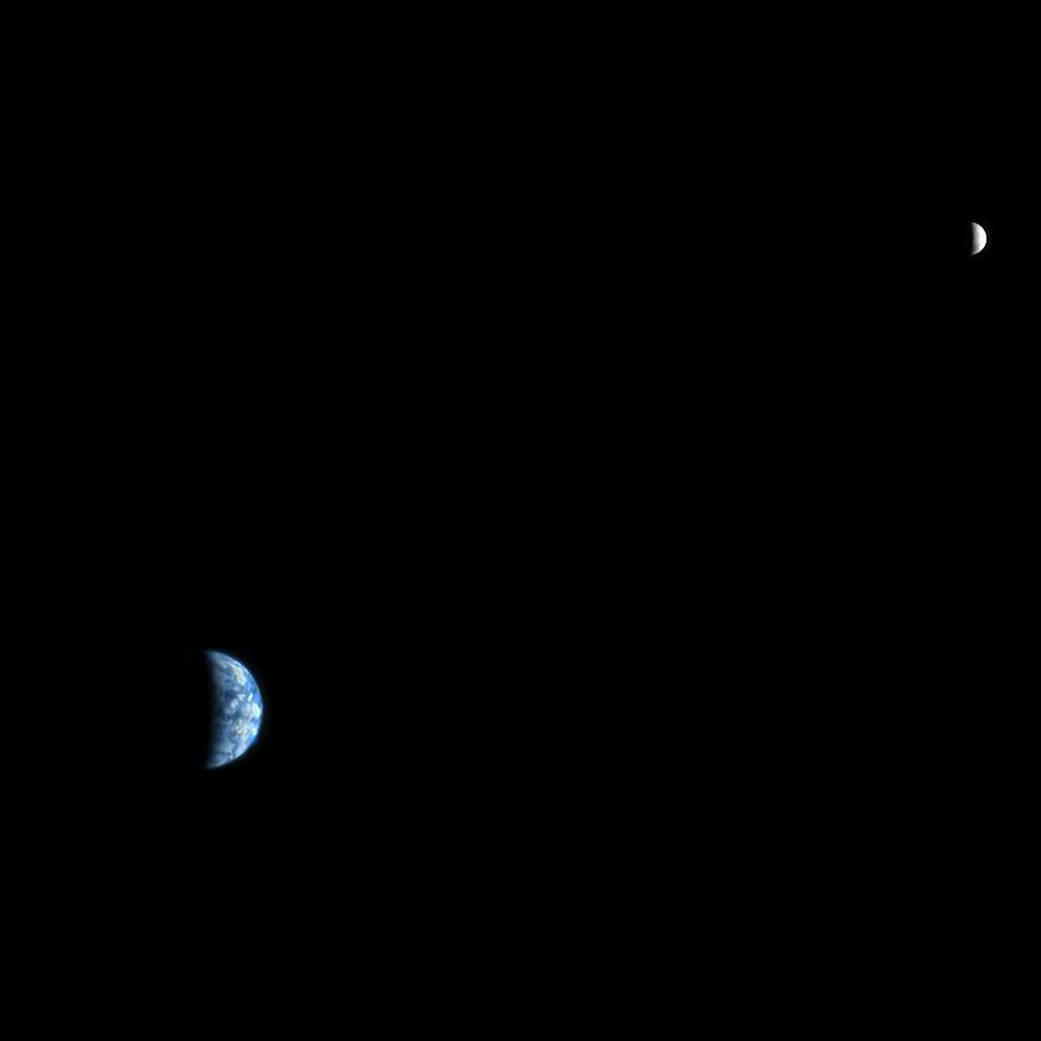 The oceans and clouds can be easily distinguished and "the west coast outline of South America at lower right" is also visible.

What magnification would it be considered to render such detail in the image?

The High Resolution Imaging Science Experiment (HiRISE) camera would make a great backyard telescope for viewing Mars, and we can also use it at Mars to view other planets. This is an image of Earth and the moon, acquired on October 3, 2007, by the HiRISE camera on NASA's Mars Reconnaissance Orbiter.

At the time the image was taken, Earth was 142 million kilometers (88 million miles) from Mars, giving the HiRISE image a scale of 142 kilometers (88 miles) per pixel, an Earth diameter of about 90 pixels and a moon diameter of 24 pixels. The phase angle is 98 degrees, which means that less than half of the disk of the Earth and the disk of the moon have direct illumination. We could image Earth and moon at full disk illumination only when they are on the opposite side of the sun from Mars, but then the range would be much greater and the image would show less detail.

Let's call the image scale 143 km/pixel and based on the fact that the transition from white to black at the Moon's terminator is almost complete from one pixel to the next, let's call the resolution 143 km and therefore 1 microradian, which conveniently agrees with Wikipedia's HiRISE design:

Below I've plotted a quick analysis of the blue channel in the artificially colored TIFF at the image's website linked above. HiRISE's wavelength channels do not really correspond to Human's three visible color channels, so they have worked some magic to make "lifelike" color representations.

But wait! What about magnification?

The FPS consists of the CCDs, a focal plane substrate of aluminum–graphite composite material, a spectral filter assembly, and CCD processing/memory modules (Figure 4). Each CCD has 2048 12 × 12 um pixels in the cross‐scan direction and 128 TDI elements (stages) in the along‐track direction. The CCDs are staggered to provide full swath coverage without gaps (Figure 5). There are two CCDs for both the BG and NIR bands and 10 CCDs for the RED band. The staggered CCDs overlap by 48±5 pixels with adjacent CCDs in the same color band pass; this provides an effective swath width of ∼20,048 pixels for the RED images and ∼4,048 pixels for the blue‐green and NIR images. The BG and NIR channels overlap with the central two RED CCDs to provide 3‐color coverage.

Hey! That's not what I mean by "magnification"!

Okay, what if I were to fly to Mars orbit, visit the MRO spacecraft and put a very nice 12.5 millimeter focal length eyepiece at the focal plane where the CCDs normally sit and scan? M = F_system / F_eyepiece = 960 x

Okay, but what is my Real Question? What if I asked in Astronomy SE?

You can just ask "Ignoring atmospheric effects, what telescope magnification is necessary to resolve 1 microradian by eye?" in Astronomy SE. They might answer

In order to make 1 microradian appear to be 28 arcseconds you need a magnification of at least 135X. For comfort and average eyes better multiply that by 3 and use 400 X.

HiRISE is a red herring here as is the image. It's background/context for why you are interested, but not related to the calculation. 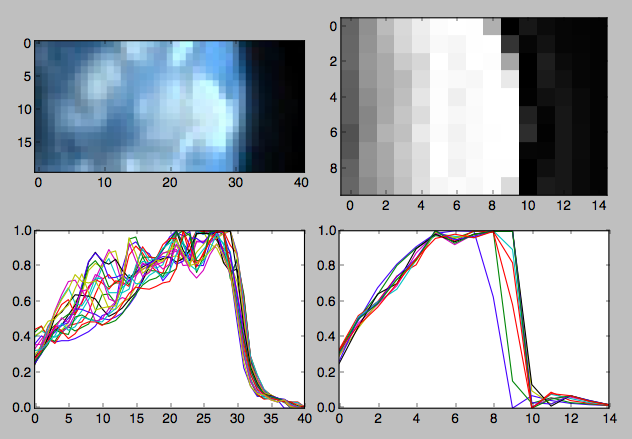 Not the answer you're looking for? Browse other questions tagged mars photography earth hirise or ask your own question.

45
Have spacecraft photographed each other beyond Earth orbit?
18
What's the largest aperture telescope sent beyond the Earth-Moon system?
15
Is the "Mars blue dune" actually blue? And what makes it so?
8
Could the crashed Mars Express lander be imaged by the MRO orbiter?
16
Why did the HiRISE camera team choose the wavelengths they did?
6
What's the highest resolution camera orbiting Mars as of 2013?
3
How to use this Google Mars viewer to find this Martian landslide event?
3
Underground sea in Titan, is it water or hydrocarbons?

16
Why did the HiRISE camera team choose the wavelengths they did?
31
Who took the Curiosity rover's self-portrait photo from the surface of Mars?
12
What risk management options are available for Mars orbiters and rovers to mitigate threat of impacting with Siding Spring cometary debris?
19
Curiosity is still dirty! How will the ExoMARS Rover keep its solar panels dust-free and collecting sufficient power?
7
Does Mars have a known "prevailing wind" direction?
8
What is the highest resolution camera on a Mars orbiter?
2
Was a "spare LORRI" camera available to take matching image on Earth the same time New Horizons took the parallax image from the Kuiper belt?
6
Why did MRO have to "both pitch upward and roll hard to the left" to point exactly at Perseverance during the entry, descent and landing phase?
4
Difference between "mafic floor" and "olivine-bearing floor" in Jezero crater? (Perseverance landing site)