Why does the Perseverance rover have such complicated shaped spokes in its wheels?

Phys.org's NASA's Perseverance Mars rover gets its wheels and air brakes has some interesting photos includes some nice photos and below I've included a cropped section of a photo of one of Perseverance's six 53 cm diameter wheels.

That last section in the spiral direction has a cross section that makes it particularly stiff in the radial direction, so I don't think this is a kind of spring, or if it is, it's behavior is more complex than I can figure out.

Question: Why does the Perseverance rover have such complicated shaped spokes in its wheels? 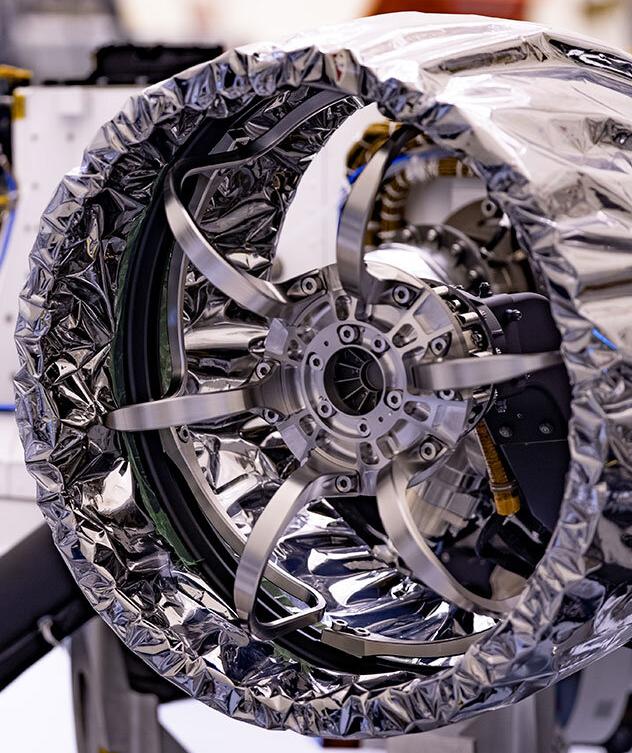 This wheel, and five others just like it, heads to Mars on NASA's Perseverance rover this summer. Wrapped in a protective antistatic foil that will be removed before launch, the wheel is 20.7 inches (52.6 centimeters) in diameter. The image was taken on March 30, 2020, at NASA's Kennedy Space Center. Credit: NASA 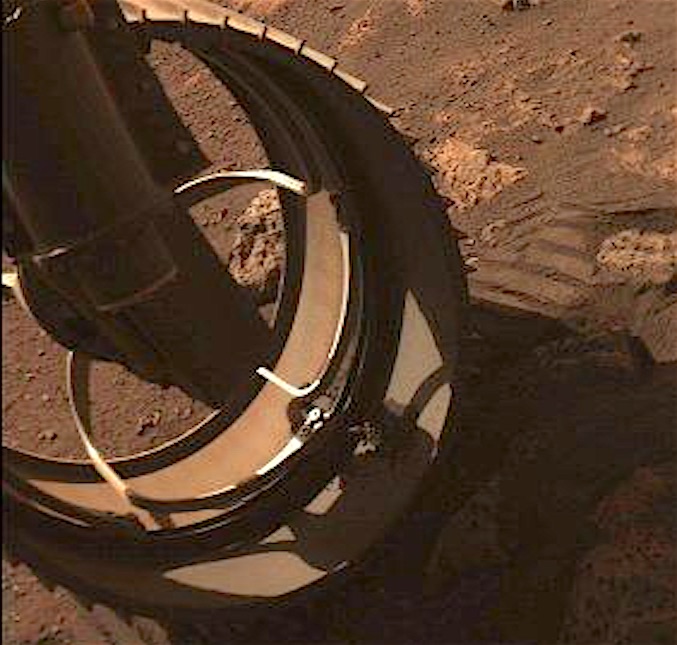 Shamelessly cropped, stretched, contrast and sharpness-modified from PIA24482: Perseverance Hazcam First Drive in order to show some detail from the opposite side.

This NASA page says that the wheels are:

Made of aluminum, with cleats for traction and curved titanium spokes for springy support.

The curved part running ~60 degrees along the rim isn't quite in contact with it. It will act as a spring with a hard stop. Having the spring effect in this direction should allow the wheel to remain reasonably aligned even when the hub is momentarily off-center.

As indicated in the comments, this page about Curiosity's (similar) wheels identifies the spokes as "wheel flexures (spokes)".

Not the answer you're looking for? Browse other questions tagged mars design rovers perseverance or ask your own question.