How did the automatic sextant on the late-1950's MIT Mars Probe work?

The reason MIT was chosen to develop the Apollo guidance computer was their Instrumentation Lab. They specialised in inertial navigation and had done impressive work on inertial navigation for airplanes and the Polaris missiles. They also had done a study on a Mars probe, which was supposed to fly to Mars, take a picture, loop around, go back to Earth an drop the canister with the film. They even made a prototype of the onboard computer. The probe was to navigate autonomously:

Navigation data for the Mars probe were to be gathered by an onboard sextant and processed by a spacecraft digital computer. Observation data would be used to determine vehicle position and a correction to the onboard clock.

from: Richard H. Battin, "Second Breakwell Memorial Lecture: 1961 and all that", full PDF can be found here.

The Navigation Museum of The Institute of Navigation has an Apollo Sextant on display: 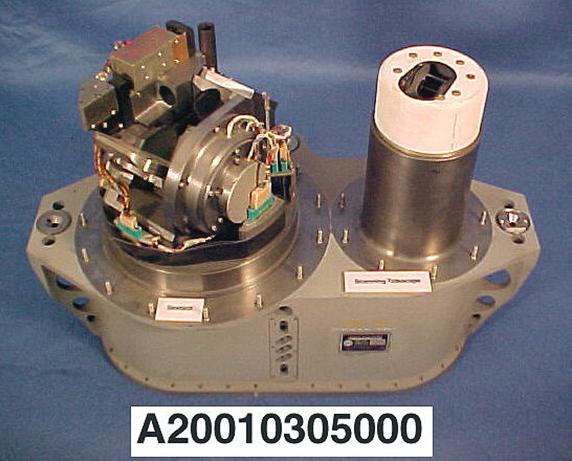 The item description mentions it is fabricated in 1960, just after the Mars Study. In fact, the study is referenced:

In 1957 The Lab made a proposal to the U.S. Air Force, for a 150 kg., unmanned probe, which would fly by Mars and take high-resolution photographs at close range. The system was primarily inertial, but to correct for drift, it would carry "...a space sextant to make periodic navigation angle measurements between pairs of celestial objects: the sun, the near planets, and selected stars."

Hence, I think it is safe to assume that the instruments and processes described in this document are very heavily influenced, if not exactly the same, as in the Mars Probe study.

While I have not found a relevant report on navigation for the Mars Probe study, I did find report R-500 "SPACE NAVIGATION GUIDANCE AND CONTROL", published in 1965, by Dr. C.S. Draper and, among others, Dr. R.H. Battin, who was also involved in the Mars Probe study.

The sextant is described in section 11-3 "GUIDANCE, NAVIGATION, AND CONTROL INSTRUMENTATION IN APOLLO", in particular on page 11-53 and further. It is accompanied by the following schematic: 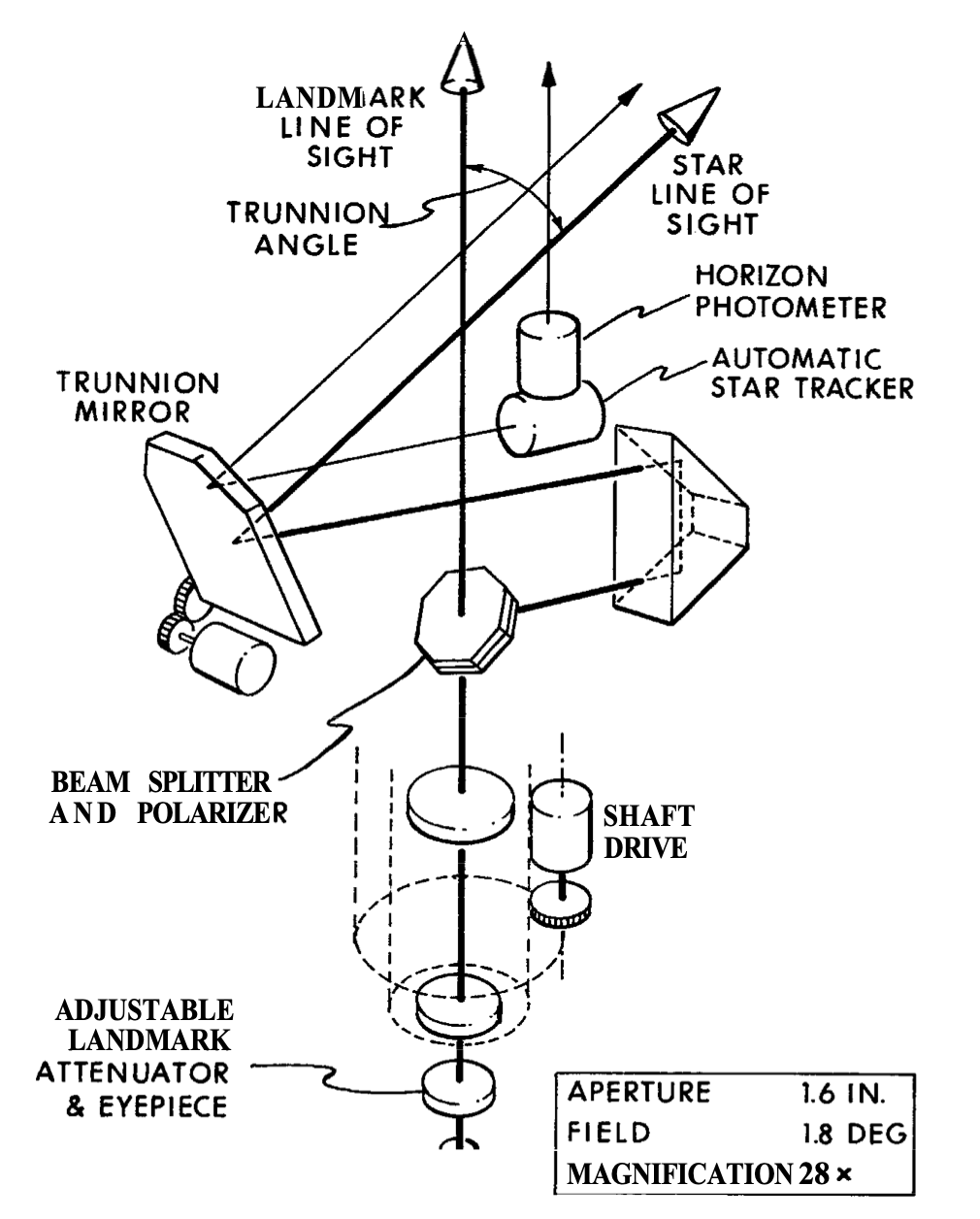 (Schematic diagram of the sextant in Apollo Block I (source))

In section 11-4 "OPERATION MODES OF GUIDANCE, NAVIGATION, AND CONTROL APOLLO COMMAND MODULE BLOCK I", automatic star tracking is described on page 11-76 and further. In particular:

The automatic star tracker on the sextant provides the capability of automatic IMU alignment as illustrated in two steps in the figures on the opposite page. Without astro- naut help, however, the star tracker cannot acquire a known alignment star unless the IMU is already roughly aligned to provide a coarse direction reference. The automatic IMU alignment capability described here, then, is most useful to re-correct the IMU drift after a long period of IMU operation,

So, as long as it had an roughly known orientation, the on-board computer could fine-tune the alignment using the automatic sextant by closed-loop control on the error signal (difference between expected star location and observed star location) using a fairly simple photometric sensor. Presumably, the initial lock could be achieved with a sufficiently accurate launch.

Not the answer you're looking for? Browse other questions tagged history navigation flight-computer or ask your own question.

47
How often is duct tape used during crewed space missions?
5
Was the Apollo sextant used (or tested) to determine position while in Earth orbit?
4
What naturally occurring navigational information is available for an autonomous return of SLS's EM-1?
3
Could Apollo astronauts see other planets with the CM Scanning Telescope?

1
How would an interstellar probe navigate the pull of gravity from stars and other large objects on the way?
3
Did TASS officially name the Baikonur Cosmodrome in 1950's instead of 1961?
62
How did people know how to build the first space ship?
4
Is NICER/SEXTANT the first civilian “spacecraft” to determine it's own position in space without GPS or uplinked data?
150
How did the Apollo computers evaluate transcendental functions like sine, arctangent, log?
8
How does the Apollo LM ascent guidance program P12 actually work?
7
How did skeptics of rocketry think rockets work?
9
How did the star tracker on the Corona (Key Hole) satellite work?
12
How did the Apollo Lunar Rover navigation system computer work?
12
Did the Curiosity and Perseverance rover brains do the driving from Earth to Mars?