First radio contact between an Australian and a spacecraft? First voice communications?

Launched east from Cape Canaveral at about 30 degrees north latitude, the first few orbits have an opportunity to pass over Australia because it's big and roughly antipodal, especially as the Earth rotates by about 11 and 33 degrees after 1/2 and 3/2 orbits.

There is certainly quite a substantial history of radio communications support for Apollo and earlier crewed space missions and even a movie! The Dish (IMDB and Rotten Tomatoes)

In March 1961, the NASA tracking station at Muchea (31°36′12.24″S 115°55′49.80″E), in Western Australia became operational. It was station 8 of 14 of the network NASA had at the time. It was estalished for the Mercury program. It closed in February 1964 and was replaced by the tracking station at Carnarvon, Western Australia. Between 1966 and 1975 the Carnarvon Tracking Station was assisted by OTC Satellite Earth Station, at another location near Carnarvon - OTC was the Overseas Telecommunications Commission.

When the spacecraft reached Muchea, Australia, high thruster signals and capsule motion excursions were detected. Other data indicated that the 34° orbit mode was being maintained. When the MA-5 crossed the tracking station at Woomera, Australia, attitude control problems were not detected, so earlier reports were discounted

Muchea Communications Technician Gerry O'Connor became the first Australian to speak with an astronaut on 20 February 1962, when he contacted John Glenn aboard Friendship 7 on his first pass over the West Australian coast.

The flight controller for John Glenn's flight was Gordon Cooper.

In the picture of the inside of the Muchea Station, Gerry O'Connor is seated in the far right of the picture, in the Control Area. The foreground was the Acquisition Area. 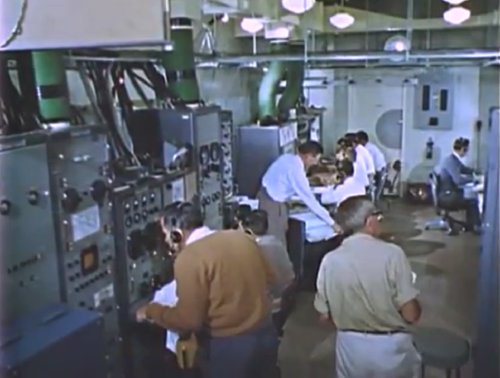 A better picture of Gerry O'Connor. 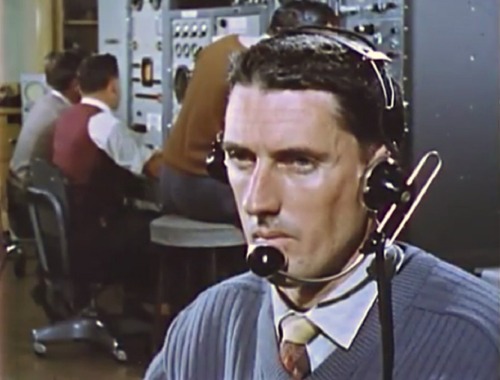 Audio of the flight over Muchea, run time is 13 minutes 39 seconds.

00'01" Muchea’s Comm Tech, Gerry O’Connor is just audible at the spacecraft as he calls to establish contact.

00'14" Not realising that Muchea is calling, Glenn transmits in the blind, and describes his night observations.

For Scott Carpenter's flight, in Mission MA7, Deke Slayton, who later became manager of the astronaut office after becoming disqualified from flight due to atrial fibrillation, was the flight controller at Muchea.

Not the answer you're looking for? Browse other questions tagged apollo-program history project-mercury australia spaceflight-firsts or ask your own question.

5
Help understanding how these components of a Honeysuckle Creek dish antenna work
4
How many people spoke to Apollo 8 from outside the US?
1
Which map is right? Where exactly were the two Australian dish antennas used in the Apollo missions?
3
How does this large, flat antenna made from overlapping circles at Australia's Carnarvon Space Tracking Center work?

29
Why were there beeps punctuating the voice communications during missions such as Apollo?
4
How many people spoke to Apollo 8 from outside the US?
8
"Luckily with no Lunar Module, Tidbinbilla was able to keep tracking with no interruption..." Why is no LM significant?
3
Did Australian ground stations cover other Apollo missions' first steps?
1
Which map is right? Where exactly were the two Australian dish antennas used in the Apollo missions?
4
Why did Mercury use multiple CAPCOMs while Apollo did not?
5
Help understanding how these components of a Honeysuckle Creek dish antenna work
3
How does this large, flat antenna made from overlapping circles at Australia's Carnarvon Space Tracking Center work?
2
Were photographs or optical measurements of orbital craft from the ground ever used during early crewed spaceflight missions?
9
How many satellites were orbited from Australia in total?